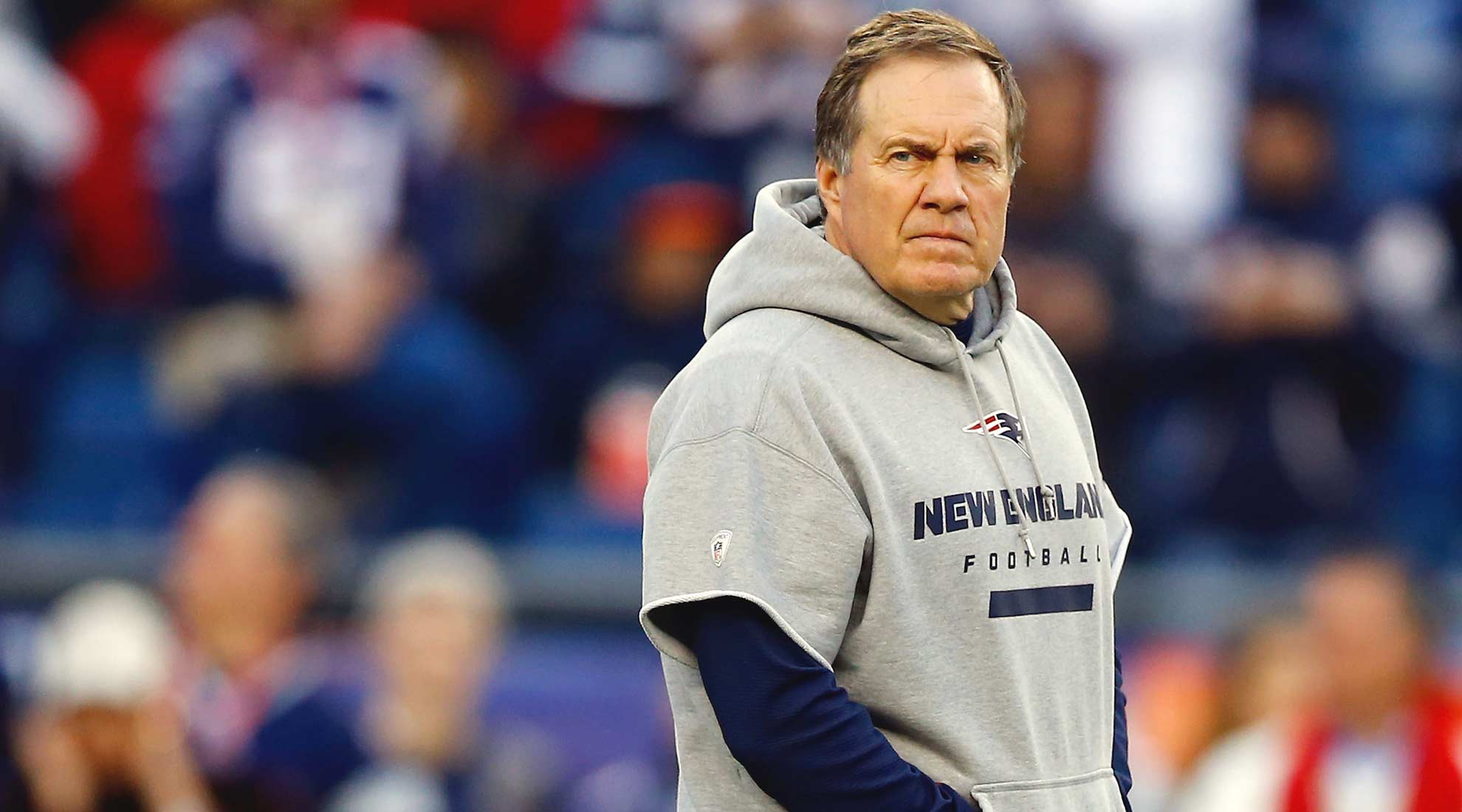 THE AMERICAN NATIONAL Football League team, the New England Patriots, was recently found to be spying on its opponents with video surveillance, thereby learning their signals and using the knowledge in order to prevail in their battles on the field.  Their mission was simple: get more points than their adversaries;  “mission accomplished.”

The High Moral Overlord of the NFL acted with swiftness, and levied heavy fines against the General Manager of the Patriot organization, and their Commander-in-Coach on the Field, Bill Belichick.  There was additional penalty in the form of the loss of draft choices for the best new recruits out there in the land of the free. And there was the perception of public humiliation and embarrassment for the Patriots, who had been caught cheating.

But some were not mollified. This glaring breach of NFL ethical conduct had to be taken for the threat to the game that some imagined it was, and many thought the Commander-in-Coach should have been suspended, his players left to fend for themselves out there on the gridiron of high salaries and life-long injuries.

“Cheaters never win,” Americans say. But why shouldn’t they? Aren’t they merely following the same moral precepts that informs America’s political leaders? The high moral order that provides us with “intelligence” about our opponents on the world stage?  Of course they are.  However, there is one alarming new precept when it comes to our national security policy:  we can do whatever it takes— as long as it takes— to get the mission accomplished;  regardless of when we choose to schedule the photo op in front of the banner. 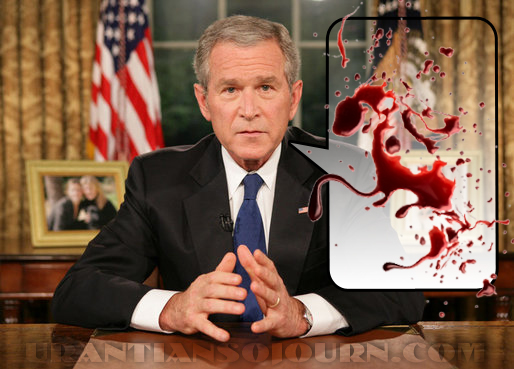 Shall it profit a man to gain the whole world and lose his own soul?

President Boosh envisions a commitment to the Iraqi people that he says must “endure,” and though the loss of our own sons and daughters has been severe, it is the Iraqis who will do the bulk of the enduring, as long as it live. Recall our gift to them was “freedumb”— a rude euphemism of real freedom, embodying a perverse liberty that seven years on, still requires seventy percent of the Iraqi people to pursue their new freedumb without safe drinking water.

Estimates vary a great deal, but a staggering 600,000 men, women, and children figures to be a conservative idea of the cost of that freedumb in Iraqi/Muslim lives, mostly civilian lives; a cost that is, according to some virulent new mutation of tortured American political logic and values, “worth it.”

Send your children here?  It’s “worth it.”

A large percentage of the seventy percent without clean water are usually without electrical power as well;  even their newly won electoral power has been short circuited by a failure to actually create a functioning government. With government processes mired in sectarian and religious hatreds so deep one loses consciousness before gaining comprehension, our task becomes unmanageable and lost.

If you think these brave but hapless Iraqis aren’t all enjoying their freshly delivered dose of freedumb, you would be right. Freedumb is not just another word for nothing left to lose, it is the only word for it.

BushCo has cheated the American people in order to cheat the Iraqi people. In the process, they have lied, spied, and crucified the ethical and moral values our nation was founded on; and so it continues.

Sometimes cheaters do appear to win in this short and intense life on the “World of the Cross.”  Will justice ever be meted out to the “Decider” for his grotesque breaches of ethics and high moral crimes?  Probably not— in this life, on this planet.  But there is justice in the universe, and may we all live to see the day these high crimes— sins against humanity— are squared before the celestial courts on high.