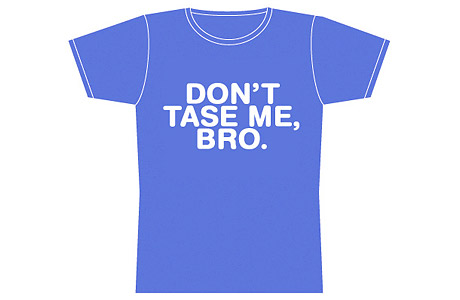 As I move around different sites and read articles, I’m often amused and enlightened by the taglines commenters use. Here’s a sampling of taglines I’ve encountered today:

Some people fight fire with fire. Professionals use water.

We must use time creatively… and forever realize that time is always ripe to do right. —Martin Luther King, Jr.

The World is my country, all mankind are my brethren, and to do good is my religion. —Thomas Paine

“I don’t want to name names, but they know themselves.” —Koffi Annan

“…Abuse of words has been the great instrument of sophistry and chicanery, of party, faction, and division of society…”
—John Adams

Place yourself in the middle of the stream of power and wisdom which flows into your life.
Then, without effort, you are impelled to truth and perfect contentment.
—Emerson

“Remember . . . hope is a good thing, maybe the best of things, and no good thing ever dies.”
—Andy Dufraine, The Shawshank Redemption

“Love is the desire to do good to others.”   —Jesus

“You may be on the right track, but if you just sit there you’ll still get run over.”

I believe that banking institutions are more dangerous to our liberties than standing armies. —Thomas Jefferson

The United States of America–the only country in the world where being educated and cultured actually *lowers* your social and political standing.

I intend to live forever—  So far, so good.

“There is nothing more stimulating than a case where everything goes against you.” —S.H.

Our lives begin to end the day we become silent about things that matter.
—Martin Luther King Jr.

The Justice Department is no longer a credible defender of the rule of law or the Constitution.

In a democracy, the most important office is the office of citizen. —Louis Brandeis

“I won’t have any aggressive condiment passing in this house!” —Marge Simpson

A Gentleman does not worry that others do not realize his greatness, he grieves at his own incapacities. —Confucius 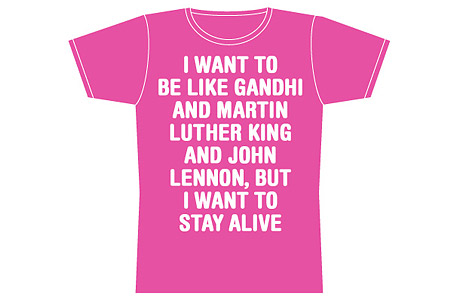 When harmonious relationships dissolve, respect and devotion arise;
when a nation falls to chaos, loyalty and patriotism are born.
—Daodejing (paraphrased)

Bipartisanship— I’ll hug your elephant if you kiss my ass.

“Do not freak. All things pass.”  —escapee

This message has not been approved by the corporate media.

It is horrifying that we have to fight our own government to save the environment. —Ansel Adams

Treat everyone as they deserve— and who doesn’t deserve a whipping?! —Hamlet 2:2

“Let us not look back to the past with anger, nor towards the future with fear, but look around with awareness.” —James Thurber

Obama for President: Because it’s not a McJob —bumper sticker

Once in a while you get shown the light in the strangest of places if you look at it right.

Bigotry is the disease of ignorance. . . Education and free discussion are the antidotes of both.
—Thomas Jefferson

And those Who hold High Places must be the ones who start, to mold a New Reality Closer to the Heart

When men yield up the privilege of thinking, the last shadow of liberty quits the horizon. —Thomas Paine

In the face of all cynicism, all doubt, all fear, I ask you to believe we can once again make this…a land of limitless possibility & unyielding hope —BHO

“Respect for the rights of others is peace.” —Benito Juarez

“And if I don’t see ya, in a long, long while, I’ll try to find you left of the dial.” —Paul Westerberg

“There have been tyrants, and murderers, and for a time they can seem invincible.
But in the end they always fall.  Think of it…  Always.”
—Mahatma Gandhi