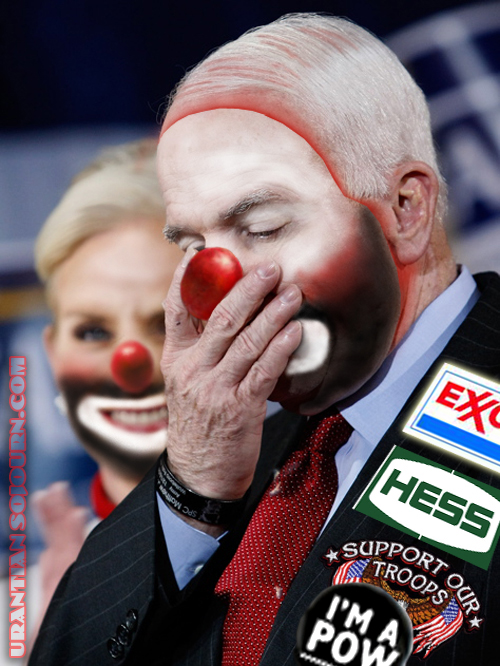 McCaint covers up a yawn;  the losses on Wall Street have kept him from napping.

Ben Smith: The only thing that’s changed in the last 48 hours is the public polling.

Mickey Edwards: Oh, brother. What idiot came up with this stunt? It ranks somewhere on the stupidity scale between plain silly and numbingly desperate.

McCain and Obama are both members of the senate and they’re both able to help craft a solution if they wish to do so without putting the presidential campaign on hold; after all, I’m sure congressional leaders would be willing to accept their calls if they have some important insights to impart. And while one of them will eventually become president, neither one is president yet, nor is either one a member of the congressional leadership; I’m confident that somehow the administration and the other 533 members of congress will be able to muddle through without tapping into the superior wisdom and intellect of their nominees.

Sorry, john; [sic] it really sounds like you’re afraid to debate. This sounds like the sort of ploy we used to use in junior high school elections.