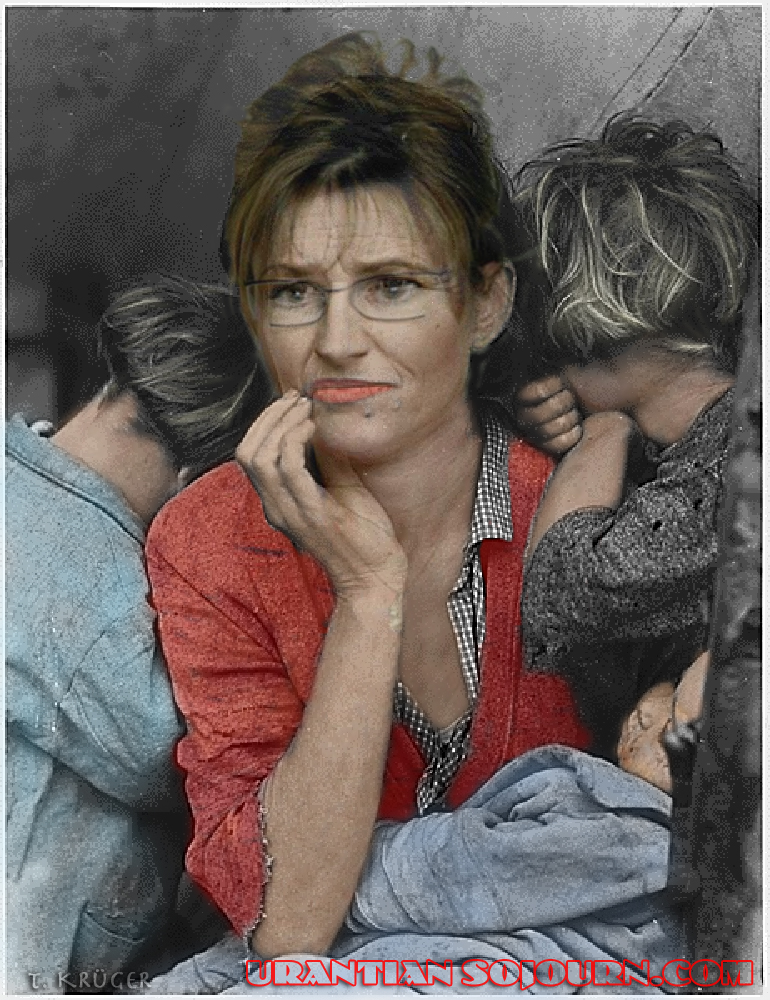 When our self-proclaimed CEO president, George W. Bush took office the week of January 22, 2001, the Dow Jones Industrial average was 10,659. Yesterday, it closed 50 points under that.

Bill Clinton left a budget surplus of over $250 billion. Bush will leave office with a budget deficit of nearly $400 billion, as well as a doubling of the long term debt to some $10 trillion- more than the cumulative total of all 42 presidents before him. And that’s not counting the trillions of off-budget costs of the Iraq and Afghanistan invasions and their anticipated aftermaths, such as the long term health care for grievously wounded vets.

Enter John McHoover. As Wall Street roils in its worst financial crisis since the Great Depression, he announced his analysis of the problem and its solution. The problem– greed. The answer– appoint a 9/11 style commission to study the problem. Feel better now?

The problem here is not human nature, of course, but the checks and balances that civilized societies impose on its excesses. McHoover has an unblemished 26 year long record in the Senate as a fierce opponent of regulation. In March, he told the Wall Street Journal:

Given that he is a charter member of the Keating Five, you’d think he would know better.

Picking up on that defining characteristic of McHoover’s economic philosophy, today’s WaPo has a front page article titled “McCain Embraces Regulation After Many Years of Opposition.”

A decade ago, Sen. John McCain embraced legislation to broadly deregulate the banking and insurance industries, helping to sweep aside a thicket of rules established over decades in favor of a less restricted financial marketplace that proponents said would result in greater economic growth.

Now, as the Bush administration scrambles to prevent the collapse of the American International Group (AIG), the nation’s largest insurance company, and stabilize a tumultuous Wall Street, the Republican presidential nominee is scrambling to recast himself as a champion of regulation to end “reckless conduct, corruption and unbridled greed” on Wall Street.

Well, if he is really committed to that, he could begin investigating the members of his own campaign staff. According to Mother Jones:

[F]ormer Senator Phil Gramm, McCain’s onetime campaign chairman, used a backroom maneuver in late 2000 to slip into law a bill that kept credit default swaps unregulated. These financial instruments greased the way to the subprime meltdown that has led to today’s economic crisis. Several of McCain’s most senior campaign aides have lobbied for Fannie Mae and Freddie Mac. And the Democratic National Committee, using publicly available records, has identified 177 lobbyists working for the McCain campaign as either aides, policy advisers, or fundraisers.

Of those 177 lobbyists, according to a Mother Jones review of Senate and House records, at least 83 have in recent years lobbied for the financial industry McCain now attacks.

McHoover has said some 22x now:

“Our economy is fundamentally strong.”

This naturally invokes memories of Herbert Hoover, as recounted here by The American Prospect:

On Oct. 25, 1929, Herbert Hoover declared, “The fundamental business of the country, that is the production and distribution of commodities, is on a sound and prosperous basis.”

The day before Hoover insisted that the fundamentals were strong was the day that came to be known as Black Thursday, when in heavy trading the Dow Jones Industrial Average lost about 9 percent of its value. And while, in endless stock-footage documentaries showing images of dumbfounded traders over a soundtrack of mournful jazz clarinets, the crash is supposed to begin the Great Depression, it wasn’t quite so. The real cause was the collapse of the banking system, which followed the crash in part because Hoover believed strong fundamentals would protect the economy from disaster.”

And as McHoover himself reminds us:

“The issue of economics is not something I’ve understood as well as I should. I’ve got Greenspan’s book.”

Alan Greenspan. The guy who encouraged home owners to take out volatile adjustable mortgages while simultaneously driving down interest rates and flooding the world with cheap dollars.

Between him and Gramm, the odds on favorite to become Secretary of the Treasury in a McHoover Administration, not to mention similar positions for the dozens of other Wall Street lobbyists running his campaign, we can look forward to the disappearance of the middle class and a new Gilded Age comprised of the ruling rich and the working poor. As for the latter: