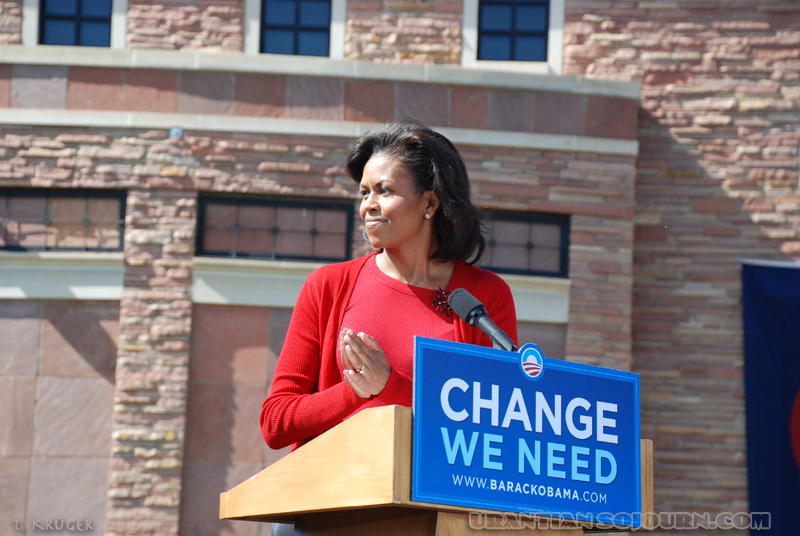 BOULDER — Michelle Obama was at the University of Colorado at Boulder, Wednesday, and told a huge crowd of students that today was the day they needed to register to vote if they were going to join their fellow students in being the deciding factor in winning Colorado for Barack.  Estimates say there are still roughly 170,000 students and other teens who still have not registered in Colorado.

I won’t say much about her speech, other than it reflected the genuine love and brilliant support she has for her husband, and our next president. She was as eloquently impressive in her own way as Barack is in his. She spoke in frank but persuasive terms that appealed to intelligent patriotism and a resurgence of America’s core values;  I guess you had to be there. 😉

Colorado is tipping BLUE the past two weeks, currently tightening to 49% for Barack and 46% McCain. Tremendous new democratic registration should blow Colorado into a floodstage win for Obama, and I for one will predict right now he’ll take the state on November 4, and the election. 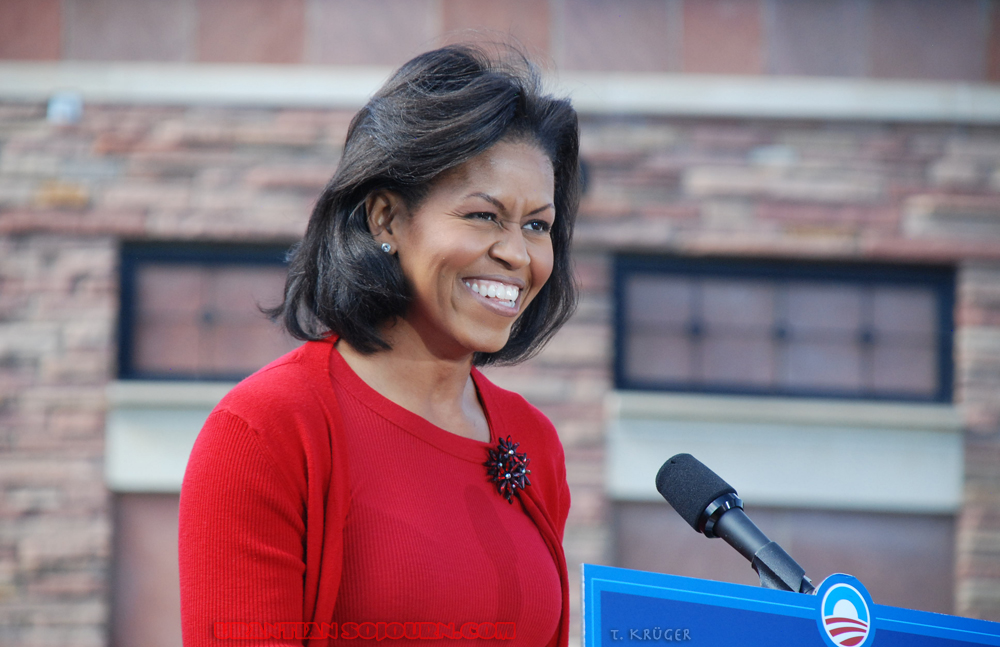 Urantia Book readers take note: one of Michelle’s aides was given a copy of the book for Michelle.  Maybe if she were to get a few more copies before election day she (and Barack)  might realize something’s up with that. . .