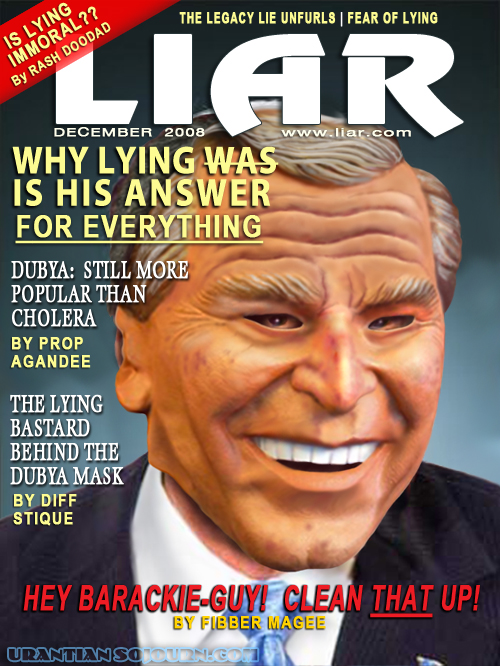 According to an 11/10/08 CNN Poll, George W. Bush has the lowest approval rating of any US president since modern polling began.

The all-time low on the public’s mood may have something to do with the poll’s finding that President Bush is the most unpopular president since approval ratings were first sought more than six decades ago. Seventy-six percent of those questioned in the poll disapprove of how he is handling his job.

That’s an all-time high in CNN polling and in Gallup polling dating back to World War II.

“No other president’s disapproval rating has gone higher than 70 percent. Bush has managed to do that three times so far this year,” Holland said. “That means that Bush is now more unpopular than Richard Nixon was when he resigned from office during Watergate with a 66 percent disapproval rating.”

Before Bush, the record holder for presidential disapproval was Harry Truman, with a 67 percent disapproval rating in January of 1952, his last full year in office.

Nevertheless, Bush is still presumably more popular than cholera, rabies, the Black Plague, and the great Spanish flu pandemic of 1918 that killed between 20-100 million people.