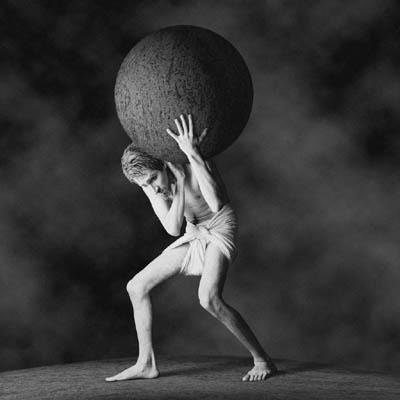 Digby explores the Bizzaroworld economic logic and the psychology of greed that inflicts the wingnut universe, rooted as it is in Ayn Rand‘s classic 1957 novel Atlas Shrugged here and here.

Tell that to the legion of victims of the last 3 failed Republican administrations beginning with  Reagan,  given a boost by “Poppy” Bush, and finally administered the coup de grace by his unbelievably incompetent son, Dubya.

(Let’s not leave out Dubya’s grandfather, Prescott Bush, who in addition to helping bankroll Hitler’s industrial comeback, sponsored a young unknown politician named Richard Nixon to begin the rollback of Depression era regulations on the banking industry. This following Prescott’s failure to convince three time medal of honor award winner General Smedley Butler to launch a military coup against FDR, the president who had instituted them.)

Even Rand’s dutiful acolyte, Alan Greenspan, who is said to have visited her often in her New York city apartment, was forced to admit that the logic behind unregulated capitalism sucked eggs. As he told a Congressional panel in a No-Shit-Sherlock moment a few weeks ago:

I found a flaw in the model that I perceived as the critical functioning structure that defines how the world works.

Sorta like NASA administrators telling the Challenger astronauts that they had found a flaw in the booster rocket design and that’s why their shuttle was breaking up over the Atlantic. Sorry ’bout that, guys.

The basis for Greenspan’s subsequent policies as head of the Federal Reserve can be found in a 1963 essay he wrote for Rand’s magazine, The Objectivist, cited in a recent Bloomberg article that begins thusly:

Dec. 19 (Bloomberg) — Why did Alan Greenspan fail to act while the roots of the subprime-mortgage crisis spread? Here’s one possible explanation: The Ayn Rand disciple held fast to his unwavering laissez-faire beliefs. […]

Protection of the consumer against `dishonest and unscrupulous business practices’ has become a cardinal ingredient of welfare statism,” Greenspan began his essay, which Rand included in her 1967 book, “Capitalism: The Unknown Ideal.”

“Left to their own devices, it is alleged, businessmen would attempt to sell unsafe food and drugs, fraudulent securities, and shoddy buildings. Thus, it is argued, the Pure Food and Drug Administration, the Securities and Exchange Commission, and the numerous building regulatory agencies are indispensible if the consumer is to be protected from the `greed’ of the businessman.

“But it is precisely the `greed’ of the businessman or, more appropriately, his profit-seeking, which is the unexcelled protector of the consumer.”

There you have it. The rationale behind Brian Gecko‘s famous line in Oliver Stone’s movie Wall Street— “Greed is good.”

Hardworking consumers– have no fear. Unregulated capitalism is your best friend. Turn over your 401ks and social security retirement accounts to Rand’s Libertarian Wall Street disciples and live happily ever after.

If you believe that, have I got a deal on some derivatives for you.