Intelligent Design   Number 47 in a Series    UFOs photoshopped over Denver.

They still look pretty damned cool sailing over the metro-Denver area.  I do not doubt they fly along the front range all the time, having accidentally photographed saucer-shaped UFOs on three different occasions over the years in the Denver-Boulder area.  I know of another person who also “accidentally” caught a UFO near the Flatirons. 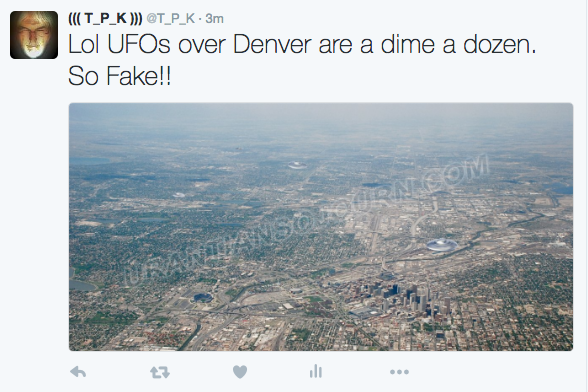