Keeping pests “in their place”— i.e., ground under the heel of a boot— is seldom the first priority in the political arena, let alone out on the far fringes of suburbia. . .

J.A.F. Shackleford.
It would be one thing if Republicans/Conservatives only lied to Democrats and Independents. But they lie to themselves, too. And when you lie to yourself you never learn.

And they lie to each other.  Lying to one’s self is the most destructive form of betrayal of trust;  if you can’t trust your self, who can you trust?  Eventually, no divine light can penetrate. When you realize the counseling it would take to get such people to functionally honest levels of reality comprehension, you realize it’s a task that requires more than the power of man.

Precisely where we must go— to begin an accounting of moral behavior that knowingly distorts truth— what your parents called  lying— to reinforce what they claim to believe is truth. The more they personally engage in the corruption of truth, the more inherent lying becomes, the more permanent their departure from the nature of reality becomes;  the more unreal they become.

That’s not a small problem.  Remember, just a few of the MSM only recently found the balls to call a lie, a lie, to call liars, liars.  Lying has become such a commonplace occurrence, so much a part of our daily lives, that it is accepted as just a necessary part of reality.  It’s not.  There is no actual giant cockroach at the door.  It doesn’t have a human voice, it doesn’t have pizzas for you, and it doesn’t drive a fucking primer red Fairlane either. 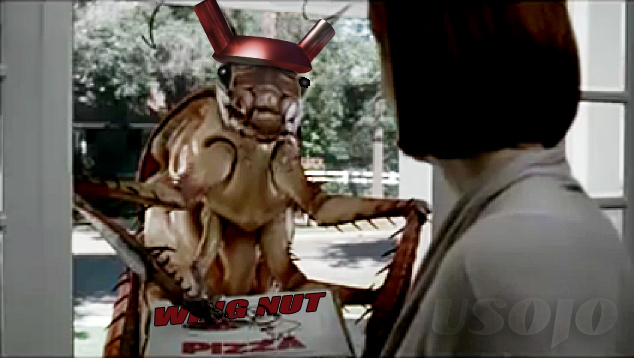 The fact that so many elected politicians and members of the press are liars, that they actually expect their lies to be taken seriously— as reality— makes them a tremendous challenge to the integrity of our nation.  When will betrayal of governmental trust be punishable by death?  When we finally learn to take governmental trust as seriously as we do any other capital offense.

Public Liars— and the stinking lies they tell— must be met with the full force of righteous indignation, public exposure, and condemnation of the full extent of their moral hypocrisy.  And always — when appropriate — prosecution and even extermination — to the full extent of our laws as a people and as a nation.