There’s a lot of flatulence being aired lately about the Democrats “empowering” Rush Limbaugh, by characterizing him as the voice, energy, nay, leader of the Republican Party.

There’s precious little benefit in making Limbaugh more of a central player, in engaging him directly from the White House podium, in raising his stature, in stamping, sealing and approving the years he’s spent bashing his political opponents. There was a moment, a brief moment, after Barack Obama was elected president, a moment long gone, where the likes of Limbaugh and Hannity could have become marginalized, bit players rather than media movers and shakers, the detritus of a sorry era. But instead, they have been granted more power — out of some contrived political calculus. This, at a time when we don’t need political calculus, we need single-minded determination to get us out of this economic calamity and to restore sanity to our government.

Peter.  Where TF have you been? Limbaugh raises his own stature whenever his ego demands it— like he has always done throughout his entire history as a bloviator.  There was no “moment long ago” (40 days??  Obama isn’t Jesus, remember?) after the election when Limbaugh, or Hannity for that matter, could have “become marginalized”;  they still have media platforms and jobs that allow them— every day— to reach at least 20 million reasons for serious and immediate research in human eugenics.

And no.  We don’t need another “single-minded” anything in the White House, ever again.  We need— and we have— a president who can fire a laser beam at a dozen different problems and cauterize them to stabilize the country, and then really go to work on the details;  and Obama is already moving swiftly on most of them:

He is quickly reversing the unwarranted usurpation of power by the executive branch, despite what the nervous nabobs of negativity are blathering about;
he is well on the way to reversing the retardation of scientific progress;
he has skillfully avoided a disastrous panic;
he has begun reversing the taxation enslavement of the middle class;
he has begun to address the failure of the government to ensure social and economic fairness;
we can have every confidence that he will restore our current loss of personal liberty;
he has, as you point out, engaged the Bloviator “directly from the White House podium, an important step in countering the machinations of all ignorant and vicious agitators who threaten our democracy;
and he has the numbers in Congress to beat back the attempted continued domination of the new minority party of mediocrity. 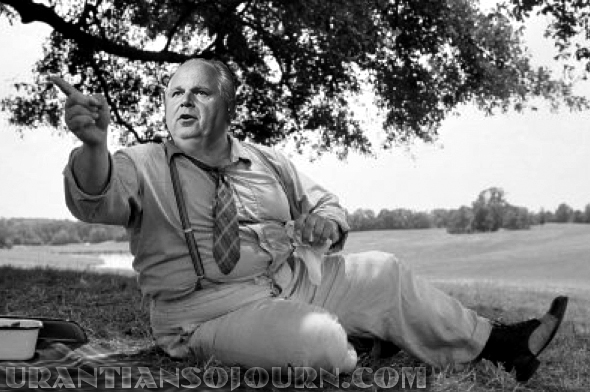 I want him to fail.

What is needed, as far as the Bloviator, Hannity, O’Reilly, Coulter, Beck, and any of the rest of them who advocate treasonous action against our elected government, is unceasing exposure of their machinations, until they are so thoroughly despised by the majority of Americans that they have no more standing;  then will they truly become the “detritus of a sorry era.”

We are witnessing the end of the old politics of opposition. That a morbidly obese bloviator leads twenty million morons over the cliff of a dead paradigm is more than poetic justice; it is divine.

And when the Bloviator’s mental and physical obesity causes his head or heart or both to explode at the most synergistically opportune moment, the paradigm of a new politics will be officially REAL.

Oh yes; all republicans beware: your death is on the event horizon, and that right soon. 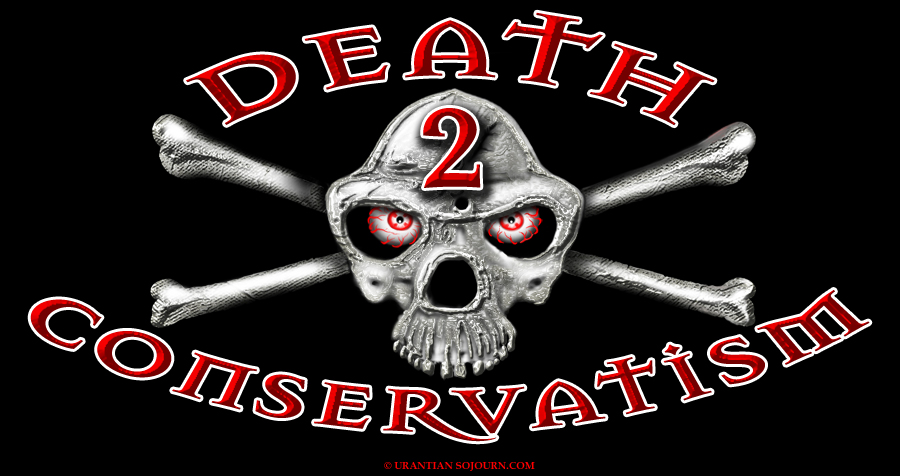