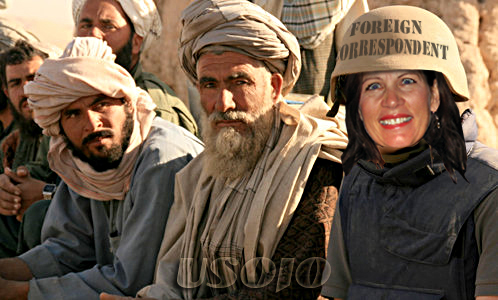 Over the last thirty years, the Ruling Class has funded right wing Republican think tanks to perfect the art of political propaganda. Ronald “the Great Communicator” Reagan was the perfect choice to kick off this new media era. During his acting career, Ronnie use to broadcast fake-live baseball games by reading ticker tape stat counts at the end of each inning and and then make up a narrative– a routine pop fly would be turned into a dramatic diving catch– to hold his audience and please his sponsors.  (One can imagine the perfect product pitch man adding: “Bucky’s wife gonna need a ton of Tide to get out those grass stains, I’ll tell ya.”)

Political strategists like Lee Atwater and Karl Rove were hired to run political campaigns while apparatchiks like Grover Norquist and Brent Bozell’s Media Reasearch Center labored behind the scenes to reverse engineer the agenda of their money masters into public policy positions, among them: lowering or eliminating nominal tax rates, capital gains and inheritance taxes for the rich; keeping labor costs stagnant, pocketing large productivity gains for themselves; and hamstringing every effort towards eliminating campaign contribution limits.

“I want to say a word, however, of thanks to Brent and to the team at the Media Research Center and all of the contributors who make that work there possible. Not just for this wonderfully, this wonderfully fine award in the name of someone who, as I say, I admire so much — but also for the tremendous amount of material that the Media Research Center provided me for so many years when I was anchoring Special Report. I don’t know what we would’ve done  without them. It was a daily, sort of, buffet of material to work from, and we certainly made tremendous use of it.“

But alas and alack, so poor is the quality of electable politicians in the Republican party these days that they have to increasingly rely on dingbats like Sarah Palin and Michelle Bachmann to carry the message. Take Bachmann (Please!).  Recall that during the last election she suggested that sitting congress critters take loyalty oaths, only to deny, two weeks later, that she didn’t, calling it “an urban legend.”

This week she told Sean Hannity that she felt like “ a foreign correspondent, reporting from enemy lines.” And warned that

““We are headed down the lane of economic Marxism. More quickly, Sean, than anyone could have possibly imagined. It’s difficult for us to even keep up with it day to day.”

And then this modern day Paula Revere warned:

“We are at the point, Sean, of revolution. And by that, what I mean, an orderly revolution — where the people of this country wake up get up and make a decision that this is not going to happen on their watch. It won’t be our children and grandchildren that are in debt. It is we who are in debt, we who will be bankrupting this country, inside ten years, if we don’t get a grip. And we can’t let the Democrats achieve their ends any longer.‘

Leading the charge to Marxism is, of course, Obama‘s Treasury Secretary Timothy Geithner, who to most observers is working around the clock to rescue a broken capitalist financial system.

Never one to sweat the actual facts of the winger talking points (distorted as they typically are), Bachmann instead charges blindly ahead, latching onto and magnifying the nuttier parts of narrative used to package them. For instance, she says this about suggestions by China, Russia and others that a new reserve currency be considered to replace the dollar’s role as same.

“If Tim Geithner is successful under President Obama, and they move us to an international currency. Then we have no hope of standing on our own as a sovereign nation with our own economic system. It’s over. We can’t do that.“

She even sponsored a resolution in the House that

“would bar the dollar from being replaced by any foreign currency.”

Bachmann obviously doesn’t know what a reserve currency is– a financial instrument for the settling of international accounts and contracts, like oil pricing and bank reserves. In her mind (caveat: assumes a fact not in evidence), this equates to the evil new world order telling the US that it has to abandon the dollar inside the US.

“Economics works equally in any country. Where freedom is tried, the people rejoice. But where tyranny is enforced upon the people, as Barack Obama is doing, the people suffer and mourn.”

It’s what remains of the Republican party that has every reason to suffer and mourn.