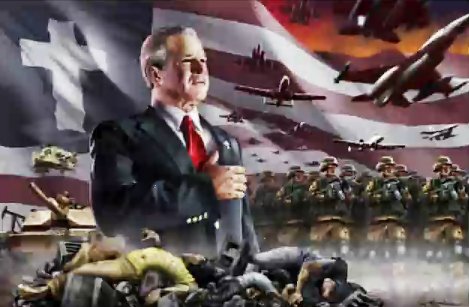 “ ‘This government does not torture people,’ declared former President Bush, but it did, and all the world knows it.”

This is some of the best Krugman you’ll ever sink your teeth into.

“Nothing will be gained by spending our time and energy laying blame for the past.” So declared President Obama, after his commendable decision to release the legal memos that his predecessor used to justify torture. Some people in the political and media establishments have echoed his position. We need to look forward, not backward, they say. No prosecutions, please; no investigations; we’re just too busy.

And there are indeed immense challenges out there: an economic crisis, a health care crisis, an environmental crisis. Isn’t revisiting the abuses of the last eight years, no matter how bad they were, a luxury we can’t afford?

No, it isn’t, because America is more than a collection of policies. We are, or at least we used to be, a nation of moral ideals. In the past, our government has sometimes done an imperfect job of upholding those ideals. But never before have our leaders so utterly betrayed everything our nation stands for. “This government does not torture people,” declared former President Bush, but it did, and all the world knows it.

The president cannot lose their good will,
because they never offered any.

What about the argument that investigating the Bush administration’s abuses will impede efforts to deal with the crises of today? Even if that were true — even if truth and justice came at a high price — that would arguably be a price we must pay:  laws aren’t supposed to be enforced only when convenient. But is there any real reason to believe that the nation would pay a high price for accountability?

For example, would investigating the crimes of the Bush era really divert time and energy needed elsewhere? Let’s be concrete:  whose time and energy are we talking about?

I don’t know about you, but I think America is capable of uncovering the truth and enforcing the law even while it goes about its other business.

Imagine— the greatest nation on urth— not being able to walk, chew gum, and wash the filth off its national scrotum at the same time.

Still, you might argue — and many do — that revisiting the abuses of the Bush years would undermine the political consensus the president needs to pursue his agenda.

But the answer to that is, what political consensus? There are still, alas, a significant number of people in our political life who stand on the side of the torturers. But these are the same people who have been relentless in their efforts to block President Obama’s attempt to deal with our economic crisis and will be equally relentless in their opposition when he endeavors to deal with health care and climate change. The president cannot lose their good will, because they never offered any. [my emphasis]

And they still haven’t.  Among the most repulsive aspects of the Republican party is their complete abandonment of their American ideals for the shit-laden selfishness of what passes for Republican ideology.  Just watch:  NO Republican support— ever— for anything— Obama proposes for America.

That said, there are a lot of people in Washington who weren’t allied with the torturers, but would nonetheless rather not revisit what happened in the Bush years.

Some of them probably just don’t want an ugly scene; my guess is that the president, who clearly prefers visions of uplift to confrontation, is in that group. But the ugliness is already there, and pretending it isn’t won’t make it go away.

Not only will it not go away, but unresolved national conflict around one of the core principles of our democracy will rend the fabric of this country into a rag.

Others, I suspect, would rather not revisit those years because they don’t want to be reminded of their own sins of omission.

For the fact is that officials in the Bush administration instituted torture as a policy, misled the nation into a war they wanted to fight and, probably, tortured people in the attempt to extract “confessions” that would justify that war.  And during the march to war, most of the political and media establishment looked the other way.

They didn’t just look the other way; many of them— on both sides of the political spectrum— urged our nation to use torture. See Digby. (H/T: Suzan)

It’s hard, then, not to be cynical when some of the people who should have spoken out against what was happening, but didn’t, now declare that we should forget the whole era — for the sake of the country, of course.

Sorry, but what we really should do for the sake of the country is have investigations both of torture and of the march to war. These investigations should, where appropriate, be followed by prosecutions — not out of vindictiveness, but because this is a nation of laws.

And those prosecutions should be followed by executions— for the betrayal of governmental trust.

And make no mistake: America’s moral compass is one thing— and America’s soul is quite another. Our collective national soul has been severely damaged by ignorant and superstitous agitators like Limbaugh, O’Reilly, and Hannity, and the viscous and hate-filled minority that elevate their narrow-minded mediocrity to national political ideology.