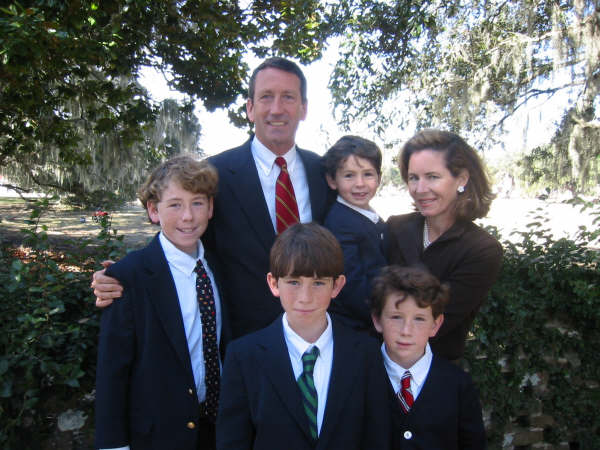 The Sanford family during happier times

10.  Needed a break from his family…values.

9.  Has a Senator Ensign problem (affair with another woman).

8.  Has a Senator Craig problem (affair with a gay lover).

6. Was hospitalized for an ass transplant after getting his butt kicked by the South Carolina legislature for refusing 1os of millions of sorely needed federal dollars.

5. Was testing his staff for loyalty and the national press for gullibility.

4.  Met in Argentina with an ex-pat German consultant to plot strategy for winning the Rethug presidential nomination.

3. Was ordered rendered by Rahm Emanuel to be turned into a Democratic Manchurian  Presidential Candidate.

2.  Threw his hat in the ring for a Political Darwin Award.

And the number one reason why Governor Sanford disappeared?

1.  He was kidnapped by alien social psychologists  to answer the question that has the cosmos all a-twitter:

Difficile est saturam non scribere: It is difficult not to write satire.