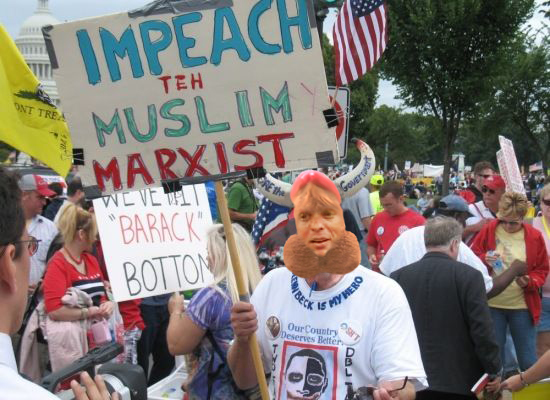 Dickheads are of course, a dime a dozen at Tea Bagger rallies, but the 9-12 rally in D.C. which, depending on how much propaganda you can swallow, drew nearly 50 quadrillion angry pure-bred Americans, including this rare Tea-Bagger Dickhead, sporting a ginormous scrotum where his jowls should have been.

Fortunately, most of the Tea Baggers tend to be the oblivious type, and unaware of the generally bizarre physical appearance of many of their fellow protesters;  otherwise, there may have been a dangerous stampede when a rare Tea-Bagger Dickhead with huge balls where his jowls should have been, was spotted in the crowd by an alert Civil War historian.

American Dickheads (Republicana Freakoidia Americanus) are a disturbingly common Red State congenital defect.  It is widely understood that in a majority of the afflicted, the testicles remain compressed inside the mandible (jawbone), usually near the maxillary artery groove.  But one in every 70,000 specimens exhibits gross enlargement of the testicles, which are forced into a grotesque make-shift scrotum along the mandible. The condition is known as “Ball Face.”

First known exemplars were invariably members of the Tennessee Ku Klux Klan of 1865, which resisted Reconstruction by assaulting, murdering, and intimidating freedmen, oh and white Republicans.  It is generally thought that the manifestation is triggered by abnormal stupidity, low i.q., or excessive exposure to Fox News Channel. 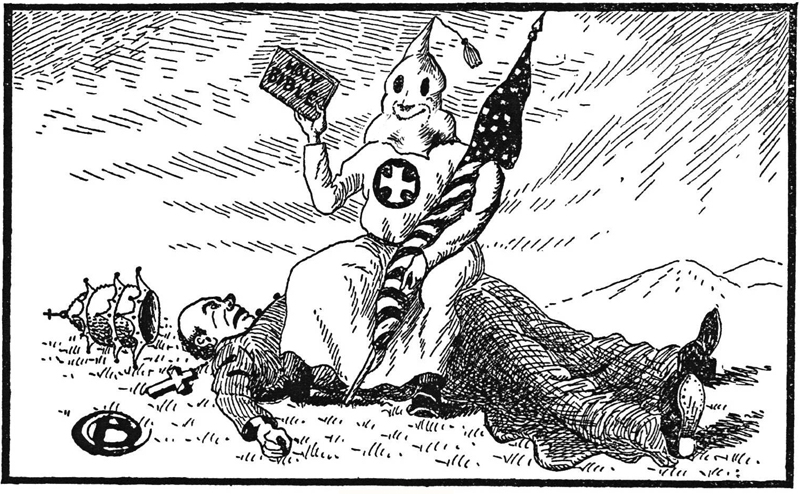 First known illustration thought to show Ball Face exemplar; holding up a “Holy Bible” while sitting on the death of Catholic influence in the United States. The irony is palpable.