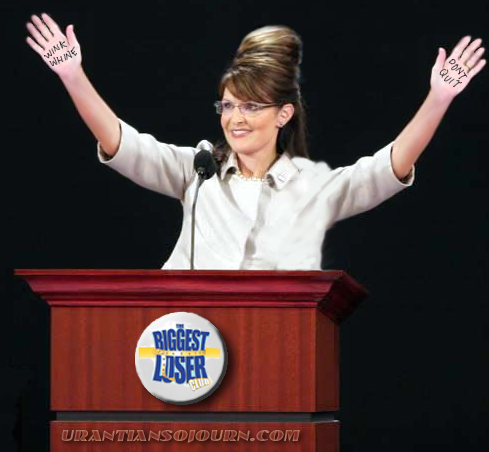 Please don’t tell me your surprised she’s turned her latest handicap into an asset.

A mere two days after discovering she uses crib notes scribbled on her hands— a practice generally associated with high school cheating— Sarah Palin has again turned the tables on the “Lame Stream Media.” Palin was about to address the 12,000 member Toledo chapter of The Biggest Losers Club, when they began chanting “Show us your Telepalmer!” Palin oblidged the crowd, who were delighted to see the words “Wink, Whine,” and “Don’t Quit” on her palms.  The irony impaired crowd cheered for several minutes, as Palin tried to quiet the crowd  by gesturing with her open palms, which only encouraged the biggest losers to keep chanting “Show us your Telepalmer!”

When asked about the obvious hypocrisy of using notes on her hands while simultaneously ridiculing the president for using a teleprompter, Palin  said it was very different, “Sorta like the same way that sayin’ someone is retarded in satire is different than when you really mean it, like those liberal kooks in the White House.” 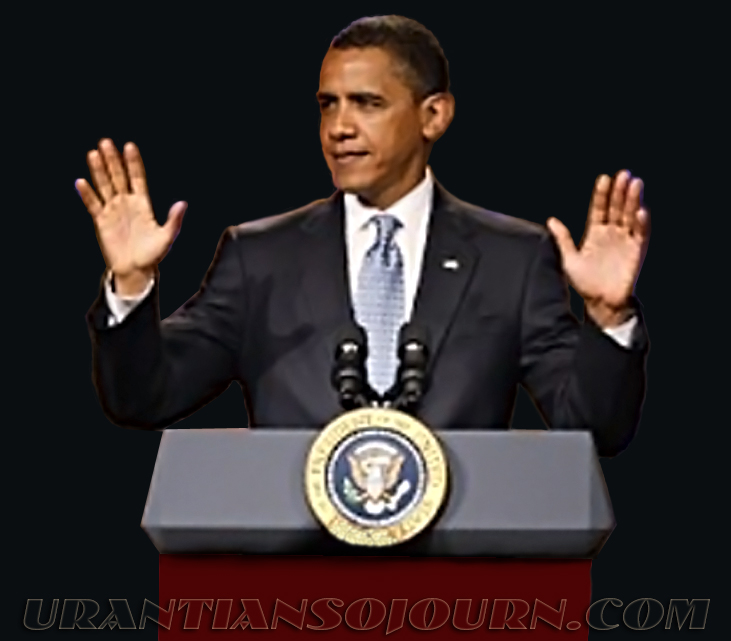 President Obama was attacked by RWM for “mocking” Sarah Palin by showing a crowd his crib-free palms.

A photograph taken August 3rd, 2009 of President Obama calming a crowd came under fire by right wing media today, claiming his gesture was intended to mock Sarah Palin’s recently discovered reliance on crude notes written on her palms. Representative Eric Cantor (R-VA)  called the gesture “…another outrage in a long line of outrages directed at the less literate among us.”  Sources inside the White House who wished to remain anonymous said Cantor was “fuckin’ retarded.”