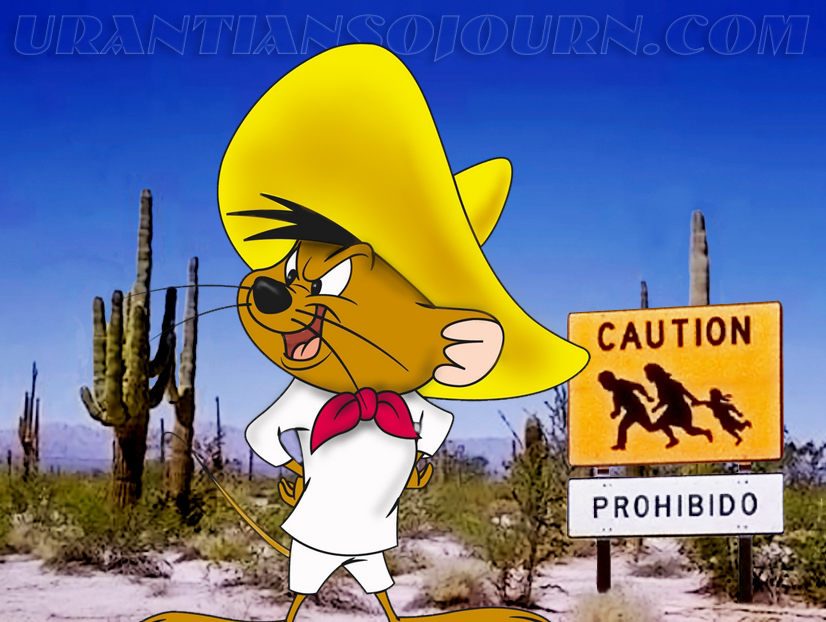 Beyond the problems of racial profiling inherent in Arizona’s new vhere are your papers law, aka Immigration Law 1070 , there are a number of other complications.

Already discussed here is the huge impact it will likely have on the tourism industry (see comments section here ).  Executive decisions like the one by the Mayor of San Francisco to cancel all city supported travel to Arizona is just the tip of the spear. Proposals in the legislatures of a number of city, counties, and states to effectively boycott Arizona are already under way.

And that’s just one economic sector that relies heavily on imported labor. How will it impact others like construction, domestic services, health care, and agriculture?

But I gotta wonder how a state facing massive budget deficits is going to pay to enforce the new law. They’re almost certainly going to have to hire more attorneys to try the cases and incur the greater court costs to hear them, not to mention the impact it will have on the rest of the judicial calendar.

I’m not sure how the costs of the existing deportation process are borne across city, county, state, and federal entities.  But the law itself creates a number of  new costs that are likely to fall squarely on the backs of Arizona tax payers. For instance, it provides that individuals can bring legal actions against law enforcement officers they deem aren’t performing to their liking. If they prevail, they can be compensated for their legal fees.  Given that the offending officers are employees of the state performing their duties on state time, the state will likely have to cover their legal costs as well.

How about civil actions initiated by legal citizens whose rights are violated, including perhaps even illegal deportation? Surely they will be able to recover their costs, and perhaps compensatory damages as well.

Then there’s the incarceration costs of where to put all those brown people who lack Speedy’s talents. What if, in protest (to what could be the first of many other similar state laws), the Mexican government simply refuses to take them back?  Given the privatization mania that has gripped the country, especially during the Bush years, much of the state’s prison population is already being outsourced.  Perhaps no longer:

Nashville-based Corrections Corporation of America (NYSE: CXW), the nation’s largest private prison operator, has officially lost a contract with the state of Arizona for its 752-bed Huerfano County Correctional Center in Colorado.

The contract expires in March, at which point the prison will be idled, according to a Corrections Corp. news release. Last week, the company announced that proposed state budget cuts in Arizona could threaten the contract and another for a 2,160-bed prison in Watonga, Okla. Together the contracts total $56.5 million in revenue for the company. Corrections Corp. has not received any updates on the Watonga facility.

It will be interesting to watch a greater law unfold here– the law of unintended consequences. Especially as it plays out amongst the strangely silent Teabaggers who should be first in line to protest constitutional violations of individual civil liberties.

When asked by an anthropologist what the Indians called America before the white man came, an Indian said simply, “Ours.”