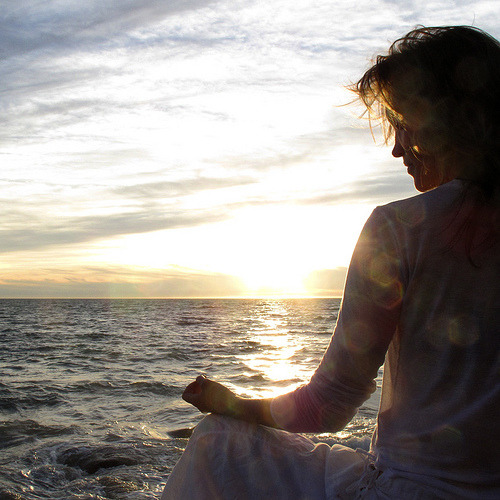 Indulging in some “prayer stuff.”

Before too many sunrises go by I want to take you back to Barack Obama‘s most recent speech, which as informed and aware citizens you already know was generally trashed by most talking heads as lacking in specifics, without clear direction, pandering, anti-intellectual, as insincere rhetoric, and a waste of time.

But there’s another reason Obama got spanked and spanked hard by some secular media heads—  he dared invoke the nation to pray— he dared to ask God for guidance through our latest eco-clusterfuck, to the dawning of a brighter day.

Before we unpack that rank chunk of cynicism, here’s the anti-intellectual “prayer stuff” from the president:

Each year, at the beginning of shrimping season, the region’s fishermen take part in a tradition that was brought to America long ago by fishing immigrants from Europe.  It’s called “The Blessing of the Fleet,” and today it’s a celebration where clergy from different religions gather to say a prayer for the safety and success of the men and women who will soon head out to sea -– some for weeks at a time.
The ceremony goes on in good times and in bad.  It took place after Katrina, and it took place a few weeks ago— at the beginning of the most difficult season these fishermen have ever faced.

And still, they came and they prayed.  For as a priest and former fisherman once said of the tradition, “The blessing is not that God has promised to remove all obstacles and dangers.  The blessing is that He is with us always,” a blessing that’s granted “even in the midst of the storm.”

The oil spill is not the last crisis America will face.  This nation has known hard times before and we will surely know them again.  What sees us through— what has always seen us through— is our strength, our resilience, and our unyielding faith that something better awaits us if we summon the courage to reach for it.

Tonight, we pray for that courage.  We pray for the people of the Gulf.  And we pray that a hand may guide us through the storm towards a brighter day.  Thank you, God bless you, and may God bless the United States of America. 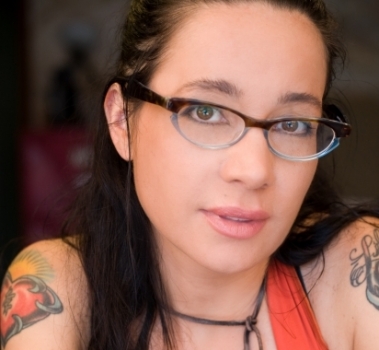 This isn’t about Garafalo— her criticism of the “prayer stuff” just happened to be the first sound bite I found.  But it’s typical of  a point of view that thinks like she does.  Well sorta.  If there’s anything typical about being raised by conservative Catholics to become an Atheist.  Garafalo is also the first to admit she’s a kind of “glass half empty” type, and when you pour that on top of a healthy shot of disdain for all things religious, you get a noxious little brew of thought that sees any correspondence with supposed imaginary beings in the sky as “anti-intellectual,” and a “waste of time.”

Any time a politician drags out the “prayer stuff” it’s gotta be pandering, right? Because what “intelligent” politico could ever really believe that religious shit?  Finally, in a spasm of intellectual arrogance of truly colossal proportion, she assures us prayer stuff can have nothing to do with any real ways to solve our problems.

No surprise that she, like most people suffering from the Dunning-Kruger effect, has an abysmally poor understanding of the province of prayer, and especially those who pray.  That includes dolts like Sarah Palin, who recently bleated we need to pray for a “miracle” to stop the oil spill.  It’s precisely that kind of ignorance about the province of prayer that gives atheists nausea and a ton of satirical ammunition over what sounds like nothing more than stupid superstition.  I sympathize because I suspect Palin is the sort who also prays for parking spaces and vengeance.

The sad truth is that the simple minded folk who distort and pervert the power of genuine prayer are going to be with us longer than the oil still gushing in the Gulf.  And while I can’t teach you what real prayer is in this brief post, I can tell you that any prayer— no matter  how difficult it may be to reconcile the scientific doubtings regarding the efficacy of prayer with the urge to seek help and guidance from divine sources— any sincere prayer of faith is a mighty force for the promotion of personal happiness, individual self-control, social harmony, moral progress, and spiritual attainment.

When the president entreats the entire nation to pray for courage, our fellows, and a better future by having worked to overcome our problems, he is asking us to use prayer properly and effectively.  When Sarah Palin exhorts her followers to pray for a miracle, she is distorting and abusing the province of prayer.  Prayer must never be so prostituted as to become a substitute for action. All our ethical prayer is a stimulus to action— not a substitute for it. And never be so slothful as to ask God to solve your difficulties.  On the other hand, never hesitate to ask him for the wisdom and spiritual strength to guide and sustain you while you yourself resolutely and courageously attack the problems at hand.

It will take the world of believers a long long time to understand that prayer is not a process of getting your way, but rather a program of taking God’s way;  an experience of learning how to recognize and execute the Father’s will.  And it will take even longer for the secular-minded and the atheistic to fathom the living link between man and his Creator, in a universe of spirit and love.  But it remains a fact that most of us, if sufficiently hard pressed, will pray— in some way— to some source greater than themselves for help.

I say let the praying begin.