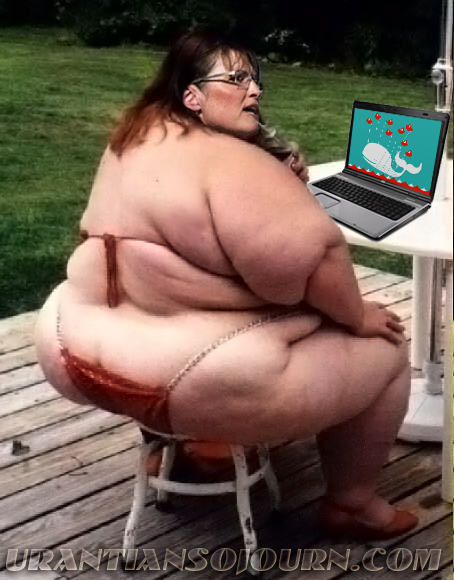 It’s easy to ask people you don’t know to “refudiate”— you just tweet it out— and keep on  sippin’ your diet soda.  Refudiating yourself, however, is a much more difficult proposition.  Not because “refudiate” isn’t a real word; well, until a couple of days ago. Now it is a word, and a damned good one, too.

You know as well as I do that the “f” in refudiate is nowhere near the “p” on the keypad Sarah Palin used to create the tweet heard ’round the twitterverse.  It wasn’t a typo.  Rather was it the sloppy way a non-thinking person hears, and uses, what they believe to be words.

And it’s merely coincidence that the word “refute,” which Palin misused in a follow-up tweet trying to clarify her first tweet, can be seen as intentionally conflated with “repudiate.”  Refute and repudiate are sometimes confused, e.g., one could repudiate something or someone by silently turning one’s back;  to refute something or someone requires disproving by argument.

And here is the refudiation of her argument. “Peaceful Muslims” take note.

Hard not to notice her blatant religious intolerance condescension bigotry there, I know, but when you limit your self-serving “statesmanship” just to 140 character bursts, nuance is simply out of the question.

So “refutiating” yourself— arguing silently to yourself that you should publicly cease and desist— as in, STFU— is more than just a free-will choice to stop behaving like a colossal waste of flesh.   It signifies a genuine sensitivity to the actual truth of the beliefs you’re using to grotesquely bludgeon other religionists into your way of seeing thee world.

Of course Palin isn’t the first so-called Christian to do that. But her current symbolic importance to America’s redolent religious bigots as both a leader and potential presidential wanna-be, make her the most obvious religious bigot.

And for that, we thank you.  Maybe now we can begin to stop reporting on every stupid tweet this twit twoots.