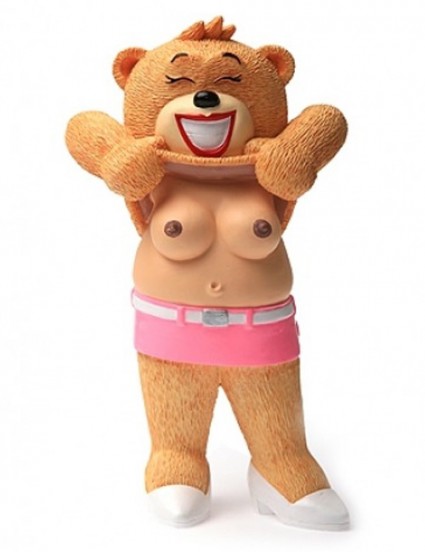 Arianna Huffington has a post today well worth reading. It begins:

I’ve been thinking about this paradox: the most important political ad of 2010 so far did not play on television, and came from someone not currently running for any office. It was Sarah Palin‘s latest web video, “Mama Grizzlies.”

For those who haven’t seen it yet, the video features footage of women of various ages taken at an assortment of Tea Party and Palin rallies, accompanied by audio clips from a recent Palin speech….It’s classic Palin. And, as often is the case with Palin, the video doesn’t feature a single word about policy — as many of her critics have pointed out. But they are completely missing the point. Indeed, this video and the response to it are a perfect illustration of why we need to widen the scope of our political analysis.

Well, that’s a pitch right into my ‘propaganda as neuro-cognitive re-wiring’ wheelhouse.

Though Arianna takes a different vector in her analysis, which cites Carl Jung‘s study of the unconscious with particular attention paid to the power of symbolism and cultural archetypes, she ends up in the same place as cognitive scientists like Drew Westen and George Lakoff— much, if not most, of our political dialogue is rooted in processes that operate at another level of consciousness entirely from the part of the human brain that deals with rational thought.

It’s not Palin’s positions people respond to — it’s her use of symbols. Mama grizzlies rearing up to protect their young? That’s straight out of Jung’s “collective unconscious” — the term Jung used to describe the part of the unconscious mind that, unlike the personal unconscious, is shared by all human beings, made up of archetypes, or, in Jung’s words, “universal images that have existed since the remotest times.” Unlike personal experiences, these archetypes are inherited, not acquired. They are “inborn forms… of perception and apprehension,” the “deposits of the constantly repeated experiences of humanity.”

This is the realm Palin is working in — I’m sure unintentionally — and it’s why she has connected so deeply with a large segment of the public. In fact, her evocation of mama grizzlies has a particularly resonant history in the collective unconscious. According to the Jungian Archive for Research in Archetypal Symbolism, “The bear has long fascinated mankind, partly because of its habit of hibernation, which may have served as a model of death and rebirth in human societies.”

Arianna goes on to cite the classic Ronald Reagan political advert that shows an intimidating bear prowling through the woods as a symbol of the great Soviet threat, and connects some cognitive dots:

Like Palin, Reagan was not thought to be a policy heavyweight, and, like her, he was often ridiculed by the punditocracy. And, like Reagan, Palin has come to prominence in a time of national crisis, a state of affairs in which appeals to the collective unconscious are much more powerful — and dangerous — than in normal times.

Jung himself was exquisitely aware of such a possibility, saying that during troubled conditions experienced by large numbers of people “explosive and dangerous forces hidden in the archetype come into action, frequently with unpredictable consequences. There is no lunacy people under the domination of an archetype will not fall prey to.”

Funny, even as I’m writing this, Chris Matthews is doing a segment on “the three scariest words in the English language– President Sarah Palin.” He takes her possible candidacy way more serious the vast majority of pundits on the left.

Perhaps he, and Arianna, and Carl Jung are on to something.