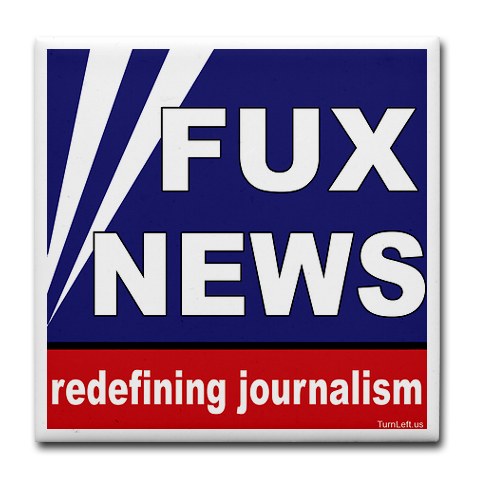 We Deceive. You Believe.

There have been a number of studies showing how the Murdoch/GOP Propaganda Channel distorts the perception of its viewers, reminiscent of the dynamic one finds in cults dominated by one or more strong authoritarian personalities.

In October 2003, PIPA released a meta-study based on 7 different polls on the Iraq War and found that 80% of Fox viewers believed in at least one of three major misperceptions– that WMD were found in Iraq, that links between Iraq and Al Qaeda had been found, and that world public opinion favored going to war.  This compared to 60% of the populace as a whole.

In August 2009, during the heat of the health insurance reform debate,  a Pew study showed that:

Regular viewers of the Fox News Channel are far more likely than viewers of other cable news channels to say claims of death panels are true. Among those who say they regularly get their news from Fox News, 45% say claims of death panels are true, while 30% say they are not true.  By contrast, majorities among regular viewers of rival cable news channels MSNBC and CNN and nightly network news say they think it is false that health care legislation will create death panels; fewer than 30% in each group say they think such claims are true.

Now comes a new study by WPO/PIPA to ascertain the the level of misinformation prevalent among the American electorate during the November 2010 elections, summed up in this article from the Christian Science Monitor titled:

Are you smarter than a Fox News viewer?

Respondents were also asked where they get their news from: Fox News, MSNBC, CNN, newspapers, network TV news, public broadcasting.

The survey found that “substantial levels of misinformation were present in the daily consumers of all news sources.” But Fox News viewers were significantly more likely to be misinformed than those who get their news from other sources. And, greater exposure to Fox News increased the degree to which viewers were misinformed.

This is not simply a matter of partisan bias. People who vote Democratic and watched Fox News were also more likely to be misinformed than those who did not watch it – though by a lesser margin than those who vote Republican. Those who got their news from NPR, CNN, or MSNBC were better informed on most – but not all – of the issues in the survey.

We’ve presented the 11 questions just as the survey asked them. How well informed are you?

Take the test yourself here.

Though I got 11 out of 11 correct, comparing that score to your average Fux News viewer is a little like bragging about winning a pole vault contest against a bunch of Lilliputians.