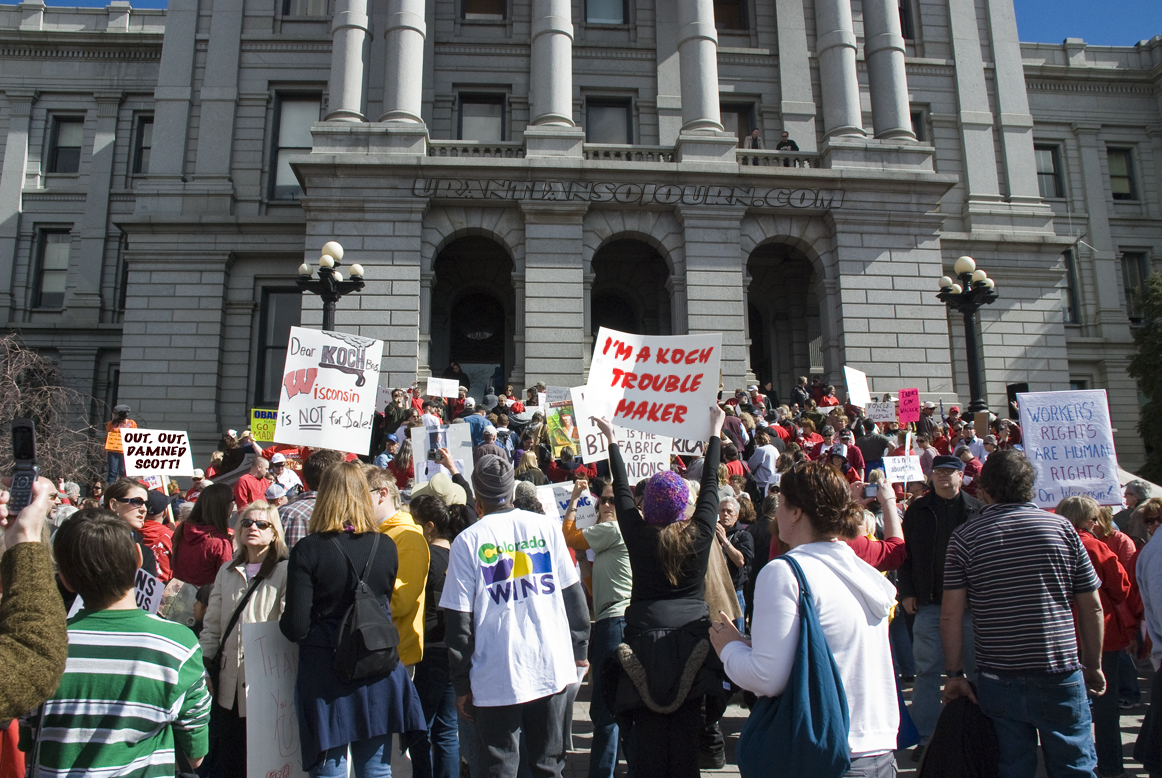 Pseudo-Cheeseheads gathered at the Capital Steps Saturday to support Wisconsinites.

DENVER —  It was a balmy 61° for the Denver Rally in Solidarity with Wisconsin Workers, and the message was clear: the rapacious Republicans have gone too far, and now real Americans are going to do whatever it takes to take their country back from the corporate overlords and throw your sorry asses on the flaming trash-heap of history.

A little iPhone video;  we got there late, but there were still near 2,000 cheeseheads gathered in solidarity with our Wisconsin counterparts.

You could feel this was a group of early adapters, the larger, following crowds will come this Spring when the Wisconsin ethics committee finds balding Scotty Walker in contempt of its findings— that he’s a liar and a scoundrel.

Yet again, no misspelled signs— at least liberal Democrats and Independents can spell.

Do you work for a living? Then you’d better get up to speed on what’s going down in Wisconsin, because the Koch brothers are indeed buying Wisconsin.  We warned you last October that the shit was about to hit the fan;  don’t wait until the Koch brothers are awarded ownership of a few choice Wisconsin power plants through no-bid contracts before you get outraged over your loss of civil liberties.  It’s time to get involved in your nation’s destiny.