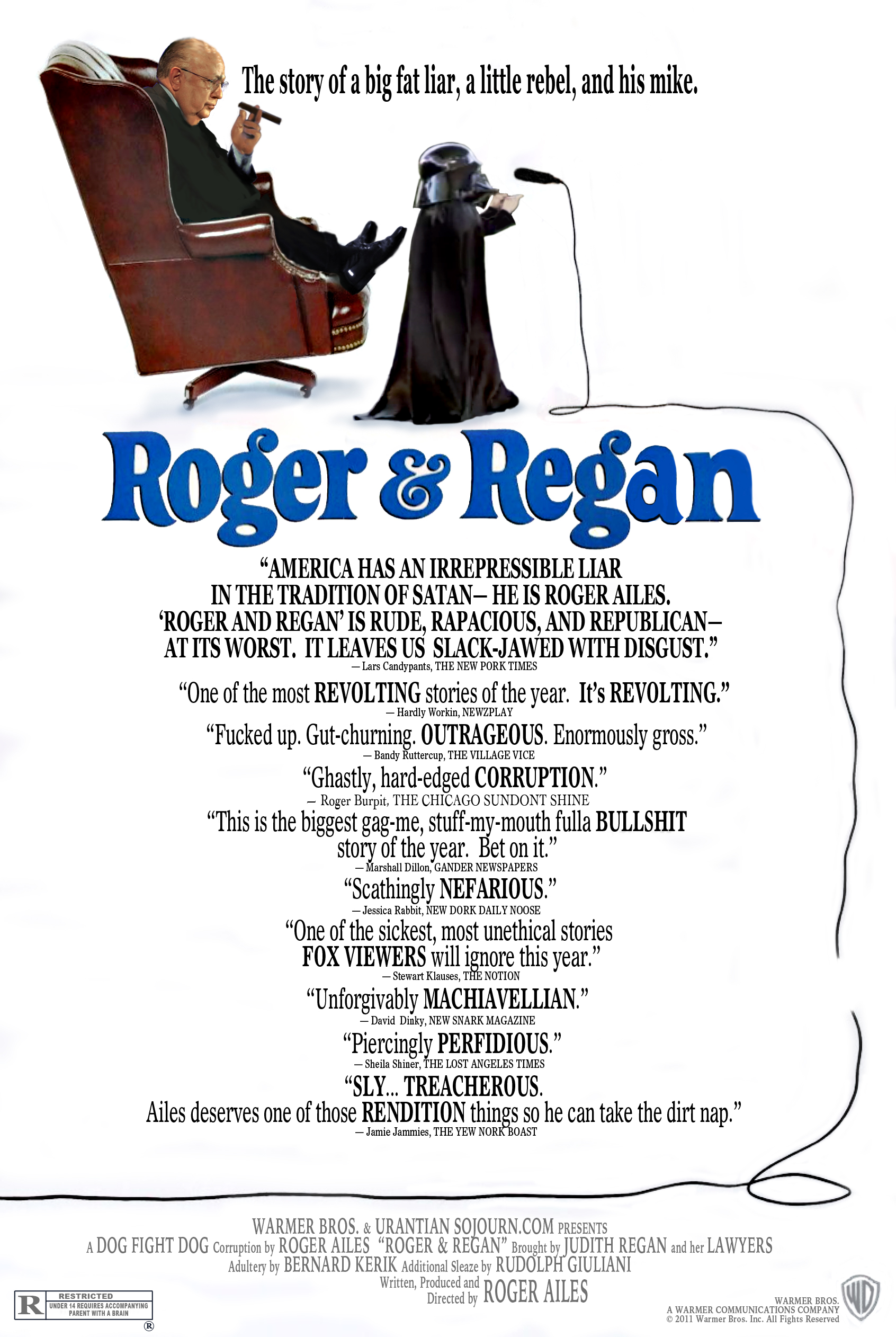 Seems Roger Ailes’ little Darth has got him in another world o’ shit, when the tiny dark lord failed to use the dark side of the force to power down a microphone attached to a recording device on Judith Regan’s phone— which made a recording of Roger telling her to lie about how small Bernie Kerik’s penis is.  If you want to read the media whore hyperbole, you must click it.*

*The original is here.

﻿It was a revolting allegation — and a story of gross political ugliness, largely ignored by the media whores:  After the publishing clothes-horse Judith Regan was fired by HarperCollins in 2006, she suddenly found her moral compass long enough to aledge an enormous senior executive at News Corporation had strongly “encouraged” her to lie to federal investigators, who were vetting Bernie Kerik for the job of homeland security secretary.

Now you may already be asking, why would Fat Roger care about who Judith is dipping in the lulu? Then you would probably be forgetting that Rudolph the cross-dressing Giuliani officiated at the Roger’s wedding festivities. What are friends for, anywayz.  Come. on.

Then there’s that ugly cascade of events after the sweet Rupert purse opened up and the promise of huge green convinced Mzz Regan it was time to fire her lawyers— and pocket their modest 25% piece of the action.  So her ex-lawyers got busy suing Regan to get their chunk of the $10.75 million pieces of cheddar back.

Meanwhile, Bernie gets his ex-cop ass thrown in prison for lying to the Feds and a little harmless tax fraud, and across town, some govmint Dudley Doright slaps the cuffs on Marc Dreier, chief of sleaze for Regan’s ex-Posse, who looked mighty pissed after being charged with a $100 million dollars worth of grifting.

Sure, it gets worse;  these are some unsavory Homo sapiens, and their avariciousness knows no bounds.  And now that Dreier has folded up like a cheap card table, his hoard of 250 lawyers have been loosed on the streets to seek their petty revenge on unsuspecting citizens.

And this movie is far from over. The Acrapolypse is coming, friends. I mean, who could have predicted two weeks ago that a little careless phone call by Ailes— once the most talented bovine laying down stool at Fox— would suddenly transform him into a morbidly obese liability— precisely at the moment their prize functioning psycho-hater is about to drop trouser on the set and put a gold brick up his talking orifice, without the aide of a lubricant. 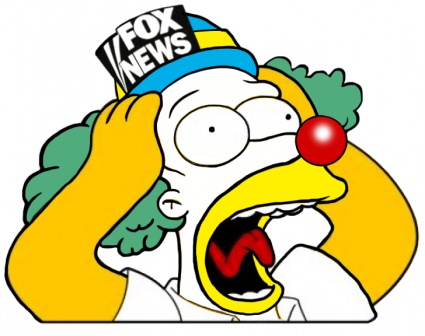