DUBUQUE, IOWA — By now, consummate Gingrich Watchers have already seen the setup smear-job on presidential candidate Gingrich in the lobby of a Dubuque, Iowa hotel.  But shocked advisers for Gingrich are crying foul, saying it wasn’t just some “disgruntled, overweight, vicious Republican impersonator” who attacked Mr. Gingrich, but was, in fact, Satan himself. 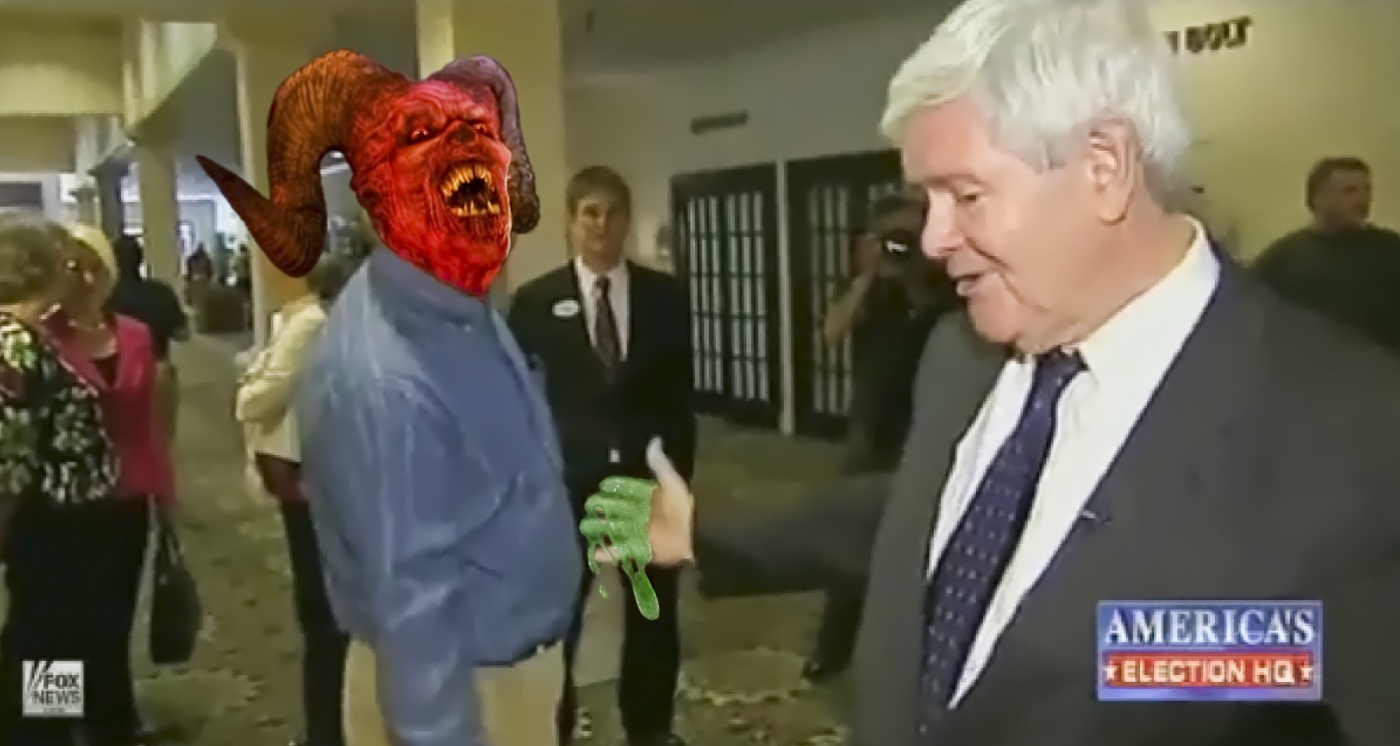 The Gingrich For President Committee released this photo early today, claiming it is an un-retouched still taken from video footage of the encounter.
(If you want to see the slime, you must click it.)

A visibly shaken Gingrich spokesperson speaking on condition of anonymity, brandished the photo (above) in front of several inebriated reporters at an unsavory Dubuque watering hole, saying that “The Devil” apparently was unable to completely conceal his nefarious identity, claiming “independent researchers” had discovered a single frame of video footage of the event that clearly revealed the image of Satan, complete with a copious amount of ectoplasmic slime— a supernatural viscous substance that is said to exude from the body of evil spirits.

However, within 24 hours of the release of the photo, other, slightly more “independent researchers”— unaffiliated with and working against the Gingrich campaign— determined that the other video account of the event they had examined did not show the image of anyone other than Mr. Russell Fuhrman holding the hand of Mr. Gingrich.

Gingrich drew even more attention to himself as he exited the establishment, when a comely woman dressed as a Catholic nun repeatedly shouted “I want to have your love child!  I want to have your love child!” and was physically restrained from touching Gingrich by Dubuque area members of “Clowns Anonymous,” who are supporting Mr. Gingrich.  Other witnesses refused to comment, one man saying, “Don’t quote me on this, but crazy follows this guy around like stink on shit.”