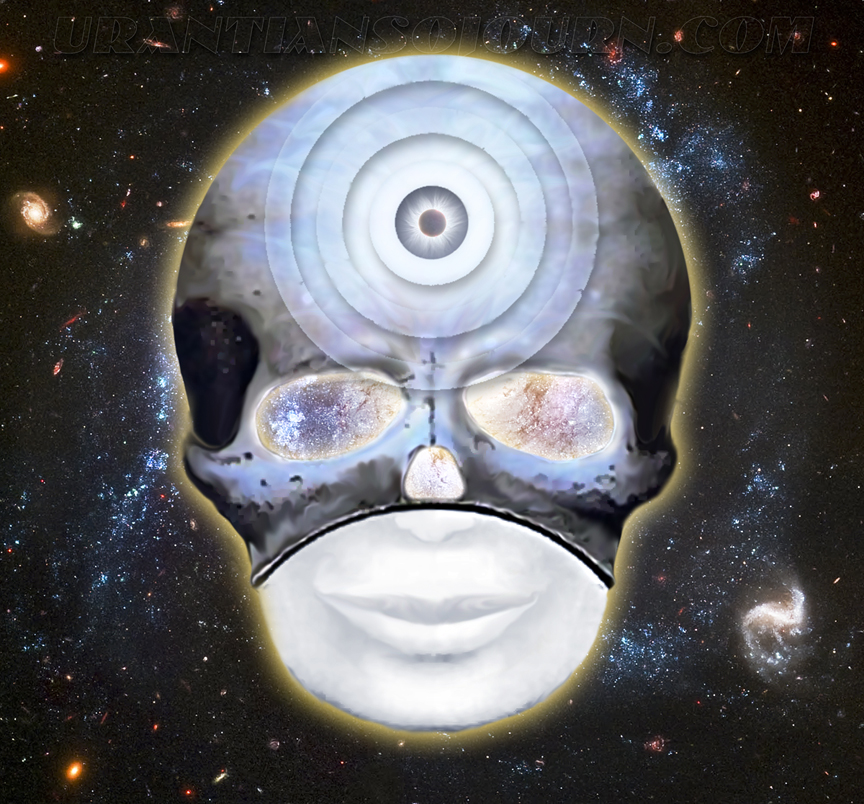 The phrase Ghost in the Machine was not just a clever title thought up by The Police for their 1981 album.  The term was actually coined in 1949 by philosopher Gilbert Ryle, who was attempting to dismantle the aging Cartesian dualism of René Descartes.

According to friend René, the human body may indeed be a machine— but it only becomes a “person” when it is infused with an immaterial soul;  the two things thus producing the “dualistic system of substances,” one material and the other immaterial;  neither of which can be reduced to the other.  But that’s really about as far as Descartes was willing to go in asserting the presence of the Divine in man; and like all good philosophers, he created a lot more questions than he answered before departing from Stockholm, saying on his deathbed, “Ça, mon âme, il faut partir”— “So, my soul, it is time to part.”  Now that’s poise.

Before he left us though, Descartes was already heading in the right cosmological direction with the idea of a “person” being somehow created by the soul;  unfortunately he didn’t have the divine advantage we do of Epochal Revelation to help him sort through the critically important components of what really constitutes the self.  Just exactly what these components are, and how they act in concert in us to not only create a real identity— but also create the possibility for that identity to strike step with eternity— is an important part of understanding just why Steve Jobs and others, may have been alluding to a sudden and growing awareness of a higher universe reality at the moment of death.

“It is very beautiful over there.”
—Thomas Edison, opening his eyes and looking upwards,
upon emerging from a coma some hours before his death. *

None of us, of course, can presume to say with any certainty just what Steve Jobs may have been seeing over the shoulders of his guests, if Thomas Edison was really “over there,” or just where it was that Max Baer thought he was going.  But there is one enticing little tidbit in The Urantia Papers that certainly presents an intriguing possibility, and it is this:

Your conventional idea of angels has been derived in the following way: During moments just prior to physical death a reflective phenomenon sometimes occurs in the human mind, and this dimming consciousness seems to visualize something of the form of the attending angel, and this is immediately translated into terms of the habitual concept of angels held in that individual’s mind.
—The Urantia Papers

As the quote from The Urantia Papers reveals, sometimes something very strange occurs as a mortal experiences death: they see an angel.  But this vision is “immediately translated” into some form of their own personal concept of an angel;  if they think of an angel as a creature with giant, bird-like wings, that’s essentially what they’ll see.  If they don’t believe in angels, perhaps the phenomenon will be a vision of a beautiful green pasture, that they begin to move across;  perhaps like many “near death experiences,” they’ll find themselves in the company of a beneficent being of light.

But what is truly important about the quote from the Papers is that there actually is an “attending angel” at death;  not that we may or may not catch a glimpse of that angel.  The survival of personality— the truly real identity of every individual mortal— beyond the moment of the physical death of the body, relies on the participation of a number of celestial beings, and their performance of certain responsibilities involving the transfer of the seat of human identity.  It’s too long a story to detail here. Suffice it to say that there is a “ghost” of sorts in the machine of your body, and it is a new reality:  the soul.

If you’re  wondering what really happens at death, I encourage you to take a very modest amount of the time you have left on this planet to investigate The Urantia Papers, but in particular, the paper entitled, “PERSONALITY SURVIVAL.”  It will make you say, “Oh Wow.”

“Father, into your hands I commend my spirit.”
—Jesus Christ

* According to Neil Baldwin in his book, Edison: Inventing the Century