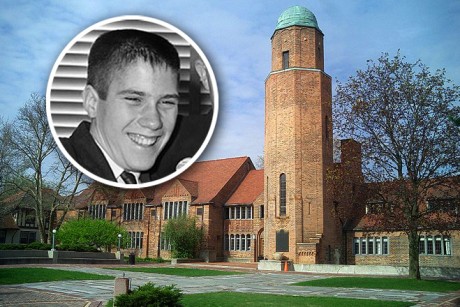 Willard Mitt Romney during his bullying days at Cranbrook School

“Let me tell you about the very rich. They are different from you and me. They possess and enjoy early, and it does something to them, makes them soft, where we are hard, cynical where we are trustful, in a way that, unless you were born rich, it is very difficult to understand.”
—F. Scott Fitzgerald, “The Rich Boy” (1926)

Accused of leading a pack of prep school classmates in terrorizing a young, presumably gay, non-conformist underclassmen by cutting off his bleached blond hair flip, presidential wannabe Willard Mitt Romney entered the hallowed halls of Fux News and pleaded amnesia (all the while chuckling nervously):

“As to pranks that were played back then, I don’t remember them all, but again, high school days, if I did stupid things, why, I’m afraid I’ve got to say sorry for it,” Mr. Romney, 65, the presumptive Republican presidential nominee, said in a Fox News Radio interview on Thursday.

Firstly, each member of his posse remember what Romney would call a “prank” all too well:

Philip Maxwell (lawyer): Considered the act to be assault and battery, describing himself and his friends as a “pack of dogs.” [4] He also stated “It was vicious.”[2]

Matthew Friedemann  (dentist) “He was just easy pickins.” According to WAPO:, Friedmann was “then the student prefect, or student authority leader of Stevens Hall, expressing remorse about his failure to stop it.”  [2]

Thomas Buford (retired prosecutor) “It happened very quickly, and to this day it troubles me,” “What a senseless, stupid, idiotic thing to do.” [5]

David Seed (retired school principal): Recalled meeting the victim John Lauber thirty years later in O’Hare airport. According to Seed, Lauber recalled the incident as being “horrible” and “It’s something I have thought about a lot since then.” [2]

Consider that if the incident had happened at a public school it would have likely been treated as a crime. How would Golden Boy, who was 18 at the time, fared later in life with a criminal conviction hanging around his neck? Or what if Lauber had committed suicide, like 13 year old Rachel Ehmke did recently after being bullied to death by her peers? But as we all know, wealth has its privileges, including its own standards of justice. 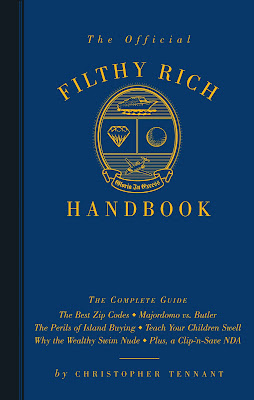 Secondly,  there’s the logical problem of Romney apologizing for something he doesn’t remember doing.  As WAPO columnist Richard Cohen wrote, putting his finger on a key Romney character flaw:

He could bully a classmate at the Cranbrook School cut off his flop of bleached blond hair – and not give it a moment’s thought. This falls into a different category — the-I-love-to- fire-people category, or the down-with-Planned-Parenthood oath he took during the primary fight. He cannot distinguish between losers and victims. They both leave him cold. In either case, Romney has apologized. This is cute. The victim of his purported bullying died in 2004. It is a bit late to apologize to him. So, if Romney is not apologizing to his victim, then to whom? The man’s next of kin? His classmates? The school? The American people? Or, as is really the case, nobody. It is an empty, pro-forma apology, a sincerely insincere gesture sent out like an air kiss, as genuine as a performer’s expression of love to his or her fans: “You’re just great. I love you.”

Thirdly, consider his strangely qualified expression of remorse:  “…if I did stupid things, why, I’m afraid I’ve got to say sorry for it.”  Now, this was no ambush interview, meaning Romney and his highly paid staff had plenty of time to prepare a response. Why would he be “afraid” to apologize?  Is his self-image so fragile that he fears it will start to unravel under the intense scrutiny that all presidential candidates must endure?  What otherwise might be construed as just awkward sentence construction doesn’t quite fly here, especially considering Romney’s other expressions of indifference to the sensibilities of the great unwashed, like saying he too was unemployed to group of unemployed people at a local diner;  or blowing off a few hundred thousand dollars in speaking fee income as trivial; or dissing a NASCAR audience for its cheap rain gear; or his questioning the origin of a batch of freshly baked cookies served to him by supporters, suggesting that they had originated at the local 711.

Also in the interview, Romney claimed he had no reason to believe “the fellow was homosexual,” which was “the furthest thing from my mind back in the 1960s.” Right. As if the word “faggot” only referred to the spent end of a cigarette during that decade. In another display of intolerance for those different from himself, Willard reportedly made fun of of another presumed homosexual boy’s response to questions in class, saying “atta girl.”  But his apparent dislike of homosexuals didn’t end in high school. Last week he addressed Liberty University, intimating he would support a constitutional amendment banning gay marriage. And while governor of Massachussetts, he terminated…

The Governor’s Commission on Gay and Lesbian Youth, created by Republican Gov. William Weld in 1992 in response to newly released statistics showing alarmingly high suicide rates among gay and lesbian teens…designed to combat harassment in schools. It served at the pleasure of the state’s chief executive. The commission funded Gay Straight Alliances in high schools and provided training and information for teachers

“We remember well what Romney tried to do as governor of Massachusetts and we now we have more info on some of his own attitudes that may have led to his policy actions,” Eliza Byard, executive director of LGBT anti-bullying organization GLSEN, told TPM, drawing a connection with reports that Romney cornered a youth in high school and cut his hair. “If he’s willing to dismiss that incident as ‘hijinks,’ I could understand that he wouldn’t understand at all why this program was so critical.”

NY Times columnist Charles Blow, who has written movingly on the traumas suffered by this generation’s bullying victims, laments:

“…this would have been an amazing teaching moment about the impact of bullying if Romney had seized it. That is what a real leader would have done. That is what we would expect any adult to do.  A 2010 CNN/Opinion Research Corporation poll found that 77 percent of Americans believed that bullying is a “serious problem that adults should try and stop whenever possible.” Romney passed on that chance.

Matt Negrin at ABC News’ The Note has more about the psychology of bullies.

Hara Marano, the editor at large of the publication Psychology Today, who has written extensively about bullies, said scientific research on youth bullying has shown that bullies intend to harm their victims through an “abuse of power.” She said that while teasing can reflect positive traits, changing Lauber’s appearance by cutting his hair is “hard to excuse” even as a senior in high school.

“They tend to have a hostile interpretation of other people’s behavior, the behavior of people they victimize,” Marano said of bullies.

A small number of bullies, Marano said, actually do have a “positive side” — they can be charismatic and verbally sophisticated, and can help people in other situations. Displays of confidence, for example, are a known mark of a bully, she said, even if that confidence is innocuous — like Romney managing the prep school’s hockey team, cheering the football team in the pep club, and persuading the headmaster to put him an advanced-placement program.

“Bullies misperceive how others perceive them,” Marano said. “That’s one of their characteristics.”

Some bulllies just never grow up. They do get more sophisticated in how they intimidate people, though, including entire companies,  if circumstances permit.  To repeat what Mr. Cohen said about Mr. Romney:

“He cannot distinguish between losers and victims. They both leave him cold.”

Some twenty five percent of The Urantia Book is contained in the last section, Section Four: The Life and Teachings of Jesus. The “life” part is told as a continuous year by year narrative, beginning with his (non-virgin) birth, set against a detailed socio-political-economic and religious background of the first century Roman Empire. The following excerpt takes place during Jesus’ tenth year, when he too experienced what it was like to be on the receiving end of a bully’s torments.

124:2.4  Perhaps his most unusual and outstanding trait was his unwillingness to fight for his rights. Since he was such a well-developed lad for his age, it seemed strange to his playfellows that he was disinclined to defend himself even from injustice or when subjected to personal abuse. As it happened, he did not suffer much on account of this trait because of the friendship of Jacob, a neighbor boy, who was one year older. He was the son of the stone mason, a business associate of Joseph. Jacob was a great admirer of Jesus and made it his business to see that no one was permitted to impose upon Jesus because of his aversion to physical combat. Several times older and uncouth youths attacked Jesus, relying upon his reputed docility, but they always suffered swift and certain retribution at the hands of his self-appointed champion and ever-ready defender, Jacob the stone mason’s son.