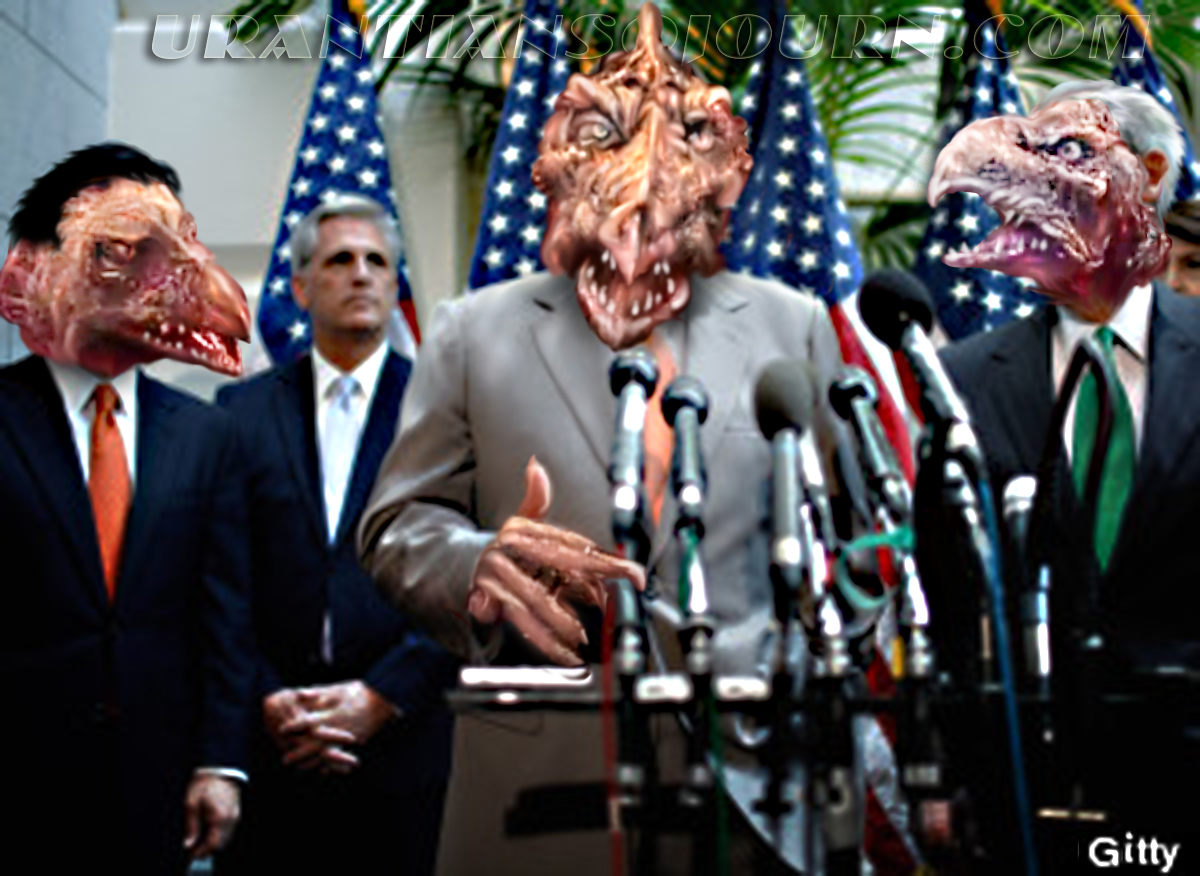 “To  regressives, patriotism is about securing the nation from outsiders eager to overrun us. That’s why they also want to restore every dollar of the $500 billion in defense cuts scheduled to start in January. Yet many of these same regressives have no interest in preserving or protecting our system of government. To the contrary, they show every sign of wanting to be rid of it.

“In fact, regressives in Congress have substituted partisanship for patriotism, placing party loyalty above loyalty to America.”

No, it’s more than that.  It’s sedition:

“Sedition is overt conduct, such as speech and organization, that is deemed by the legal authority to tend toward insurrection against the established order. Sedition often includes subversion of a constitution and incitement of discontent (or resistance) to lawful authority. Sedition may include any commotion, though not aimed at direct and open violence against the laws.

The GOP’s highest-ranking member of Congress has said his “number one aim” is to unseat President Obama. For more than three years congressional Republicons have marched in lockstep, determined to do just that. They have brooked no compromise.

Nor will they.  They’re seditionists.

They couldn’t care less if they mangle our government in pursuit of their partisan aims.

Mangle?  They’re destroying it— to the point it can be “drowned in a bathtub.”

Senate Republicans have used the filibuster more frequently in this Congress than in any congress in history.

And this misuse and abuse of the filibuster amounts to “direct and open violence”  towards our legislative process.  The resulting obstruction of the nation’s business in a time of wear and crisis is overt sedition.

House Republicans have been willing to shut down the government and even risk the full faith and credit of the United States in order to get their way.

And they still are.

Regressives on the Supreme Court have opened the floodgates to unlimited money from billionaires and corporations overwhelming our democracy, on the bizarre theory that money is speech under the First Amendment and corporations are people.

Which amounts to monetary subversion of our government:  “A destructive, aggressive activity aimed to destroy the country, nation … [by demoralizing the cultural values and changing the population’s perception of reality].”

Regressive Republicans in Congress won’t even support legislation requiring the sources of this money-gusher be disclosed.

And who the hell is Grover Norquist?

True patriots don’t hate the government of the United States. They’re proud of it. Generations of Americans have risked their lives to preserve it. They may not like everything it does, and they justifiably worry when special interests gain too much power over it. But true patriots work to improve the U.S. government, not destroy it.

The Urantia Papers declare:  “No national civilization long endures unless its educational methods and religious ideals inspire a high type of intelligent patriotism and national devotion.  Without this sort of intelligent patriotism and cultural solidarity, all nations tend to disintegrate as a result of provincial jealousies and local self-interests.  The maintenance of world-wide civilization is dependent on human beings learning how to live together in peace and fraternity.”

They’re not talking about the TeaPublicans’ type of patriotism— the kind that carries assault weapons to public meetings, and angrily shouts down elected officials;  the kind that attacks the president as a foreign-born secret Muslim dictator, and liberals as radicals who are enemies of our nation.

But regressive Republicans loathe the government — and are doing everything they can to paralyze it, starve it, and make the public so cynical about it that it’s no longer capable of doing much of anything.  Tea Partiers are out to gut it entirely.

When arguing against paying their fair share of taxes, wealthy regressives claim “it’s my money.” But it’s their nation, too. And unless they pay their share America can’t meet the basic needs of our people. True patriotism means paying for America.

Intelligent patriotism certainly recognizes that all citizens must carry their fair share of the load, and that “load” is to provide for the common good.  If you don’t respect that about America, if you are unwilling to pay your share of reasonable tax to our government to support that idea, then it’s clearly time you took your own backward advice and “get the fuck out” of the United States of America.  Oh, and happy Independence Day.

ROBERT B. REICH is Chancellor’s Professor of Public Policy at the University of California at Berkeley, and was Secretary of Labor in the Clinton administration. Time Magazine named him one of the ten most effective cabinet secretaries of the last century.  He has written thirteen books, including the best sellers “Aftershock” and “The Work of Nations.”

His latest is an e-book, “Beyond Outrage.”  He is also a founding editor of the American Prospect magazine and chairman of Common Cause.