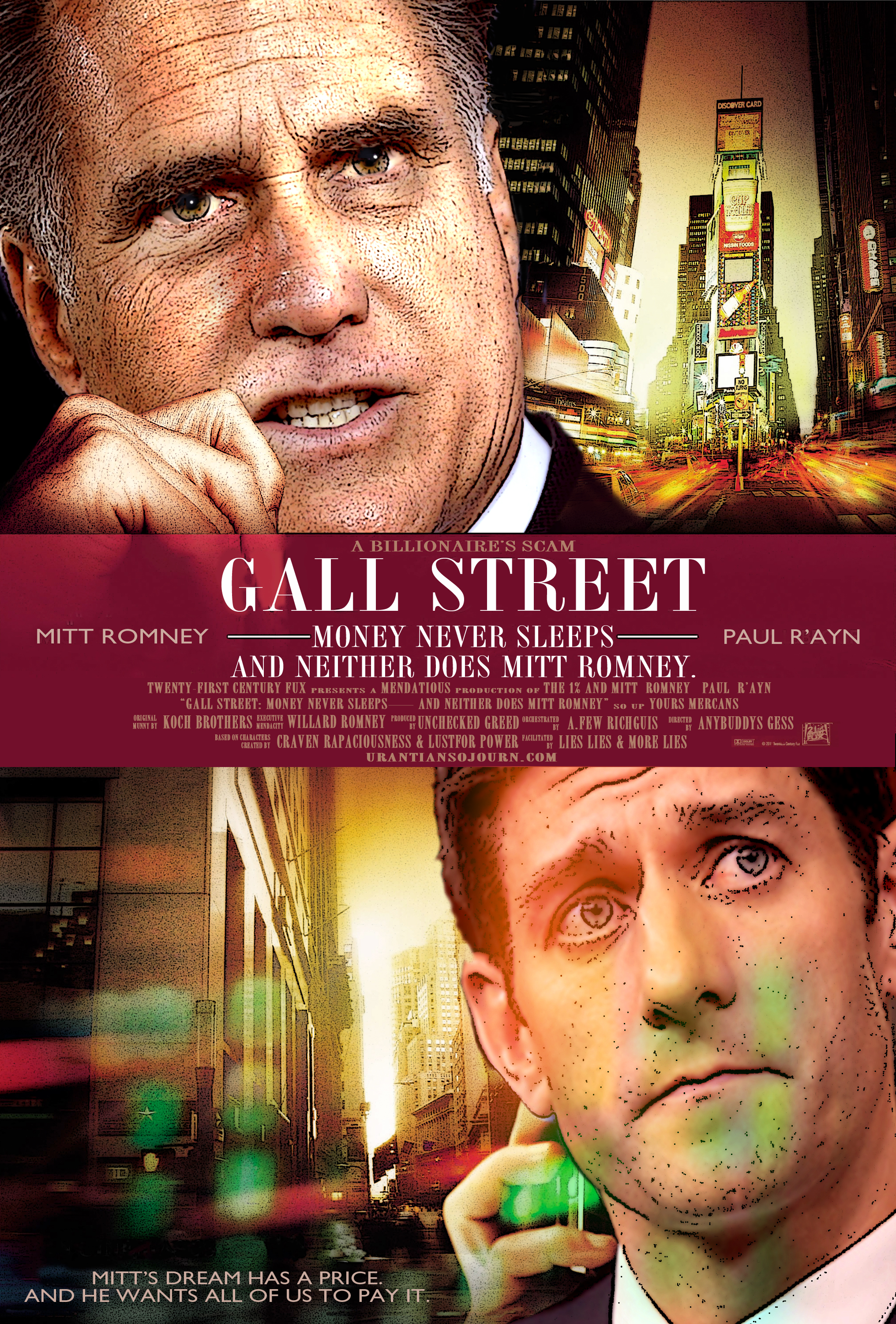 Gall Street— where four years ago, 40% of the world’s wealth disappeared.
Original

Some say that’s just the nature of mendacious automatons.  It’s what they do.  But what makes that so alienating is, we’ll never be able to convince them to take personal responsibility and care for their central motor chips.

As a mendacious automaton, Mitt “I didn’t ask you a question” Romney simply has no peer on Gall Street, or Main Street.  He can inelegantly articulate more lies and miss more social cues in a half hour of the news cycle than Paul R’ayn did in his entire stint in the hell-hole that is the socialist government-paid-for brain-washing college.

But it’s Mitt’s recalcitrant genetic programing as a natural born, sneering plutocrat that will steal your hard working, entitlement-loving American heart; as well as your “entitlement” to inspected food, nanny-government-regulated shelter, for-profit healthcare, and seriously— whatever else you think should be in that “95% Of Life Is Set Up For You If You’re Born In This Country” dream you have.

Although we recently reported on Romney’s likely failure to get past a mere ten questions in the Voight-Kaamff test, it’s gosh darn clear that Rombot is “special.”  He definitely doesn’t have a four year political lifespan;  he’s been running for CEO of America for at least seven years, maybe even since his whimsical scissor-wielding days in prep-bot school.  And:

He can DREAM BIG.

Bigger than you shiftless leeching 47 percenters.

With a very expensive dream, closer than ever to actually coming true.
And guess who’s going to pay for it.