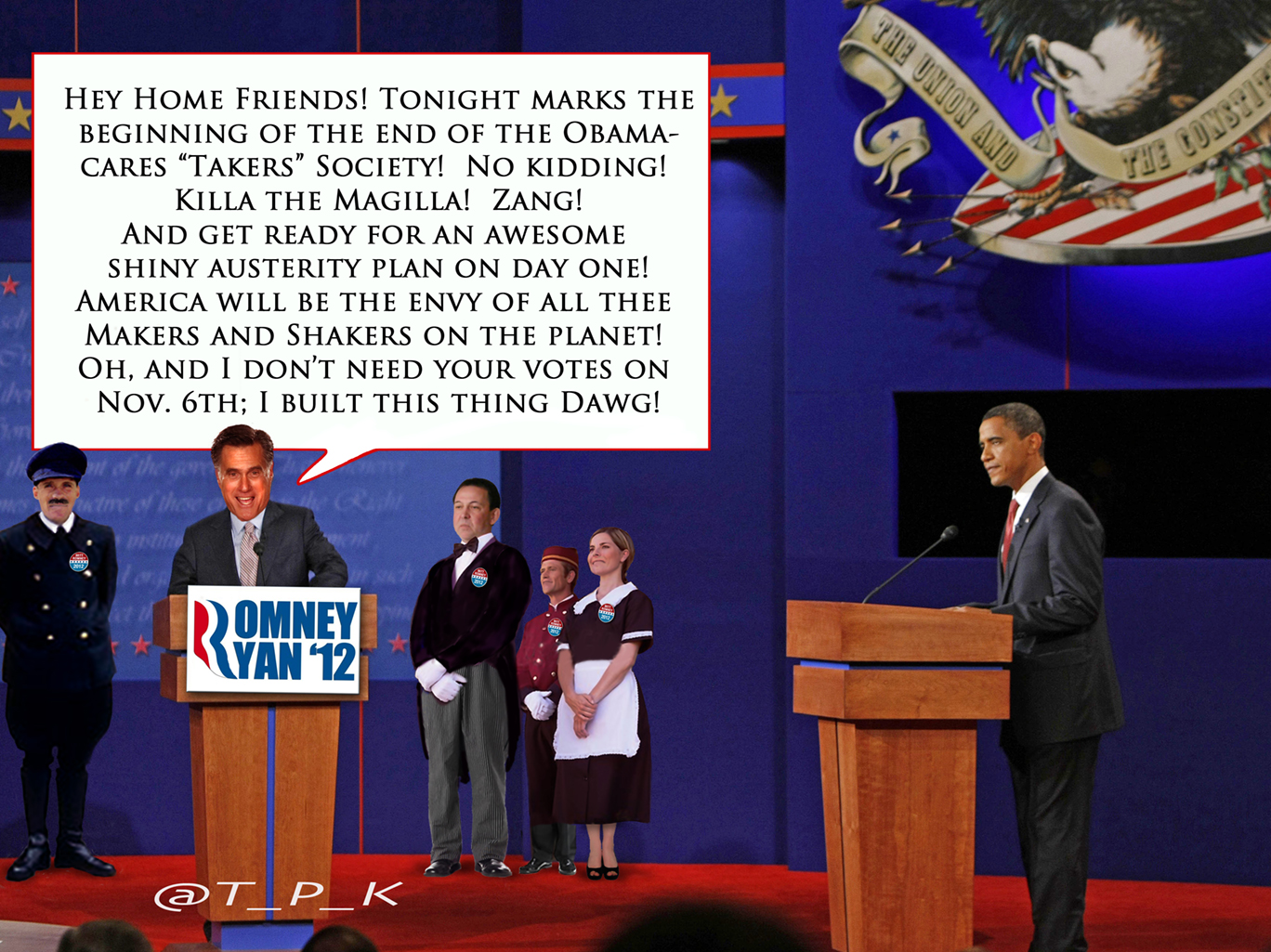 I know you’re wondering too, who the effen hell is Omney Yan?  No— really. Who is he.

“The taller the tree, the sweeter the peach
I’ll give you the whole megillah* in a one word speech”
—Frank Sinatra in Come Blow Your Horn

Quoi de neuf, chiens.*  You Leftist Elitists may be unacquainted with Magilla, a cartoon gorilla from the Gorillini tribe, who spends the bulk of his time languishing in the front window of Peebles’ Pet Shop eating beaucoup bananas and being a general drain on a small businessman’s bottom line.  Mr. Peebles would heavily discount Magilla’s asking price, and Magilla wound up being repeatedly outsourced for brief quixotic episodes in the “real world”; typically, to Wall Street thieves who needed someone to break into a bank or two, or some other less imaginative malfeasance.

A las, Magilla was always returned to the Pet shop, and full refunds demanded.  Because even in cartoons,  it’s not about the tasty carrots or the power of cheese;  it’s all about the money.  Always.

On the other hand.  “Megillah” is also one of the five books of the Hebrew scriptures;  notable as a long and tedious account of a sort of holocaust prequel, the entire reading of which is often used as a natural sedative during the Jewish holiday of Purim.  Hence the birth of the phrase, “The full megillah.”  Funny thing;  Ahasuerus, dickish ruler of Persia at the time— yeah, same old Persia— also suffered from— wait for it— insomnia.  But there was no Book of Esther yet;  the poor schmuck had to rely on the not-so-efficacious court records being read to him to help him sleep.

Bof.  Where was I— So what has this got to do with the debates between President Obama and Omney Yan?  Well yada, the likelihood of some one of Romony’s speechifyin’ sycophants coming up with the zinger “Killa the Magilla” is, adMittedly, much much slimmer than Chris Christie after a twelve month twinkie pizza bender; but hey they’re dorks;  it could happen.

More to the point is the narrative around creating zinger “moments” the LoFos (Low information Voters) can extract from what must pass for their cortical overlays, and bring it to bear in the present moment in such a way that it hermetically divorces it from every other stenchi-fied thing they have on file about Mitt Romoney.  And at this late date, that should be enough dope to knock down a dancing horse.

So the chances of one of those clowns writing a zinger like that— and having it delivered effectively by the Romoney 2012-5000DW6-J are— in a “one word speech”—
unimaginable.