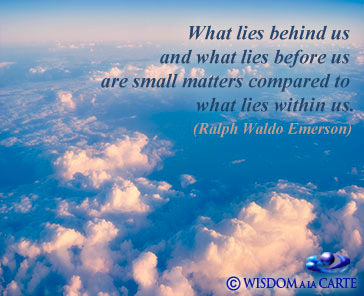 Not finding  much to write about these last few daze, I decided to review my ongoing favorite quotes file for a little inspiration. Until something jangles my tryptophan laden neurons, here for your consideration are the last few entries in order they were filed.

“The modern conservative is engaged in one of man’s oldest exercises in moral philosophy; that is, the search for a superior moral justification for selfishness.” — John Kenneth Galbraith

“It is easier to build strong children than repair broken men.” – Frederick Douglass

“Faith is the strength by which a shattered world shall emerge into the light.” –Helen Keller

“For the great enemy of truth is very often not the lie — deliberate, contrived, and dishonest — but the myth — persistent, persuasive, and unrealistic. Too often we hold fast to the clichés of our forebears. We subject all facts to a prefabricated set of interpretations. We enjoy the comfort of opinion without the discomfort of thought.” –John F. Kennedy

“Alcohol is the anesthesia by which we endure the operation of life.” – George Bernard Shaw

“I don’t try to describe the future. I try to prevent it.” –Ray Bradbury

“A truth that’s told with bad intent / Beats all the lies you can invent.” –George Orwell

Christopher Hitchins describing George Orwell’s attempt to wrestle something worthwhile from the miasma of human suffering as “…that tiny, irreducible core of the human personality that somehow manages to put up a resistance to deceit and coercion.”

“I hope we shall crush in its birth the aristocracy of our moneyed corporations which dare already to challenge our government in a trial of strength, and bid defiance to the laws of our country.” – Thomas Jefferson.

And a message from Benjamin Franklin to our would be anti-tax secessionists who reject Obama’s re-election and his campaign for  “a fair shot” for everybody: “All the property that is necessary to a Man, for the Conservation of the Individual and the Propagation of the Species, is his natural Right, which none can justly deprive him of: But all Property superfluous to such purposes is the Property of the Publick, who, by their Laws, have created it, and who may therefore by other laws dispose of it, whenever the Welfare of the Publick shall demand such Disposition. He that does not like civil Society on these Terms, let him retire and live among Savages. He can have no right to the benefits of Society, who will not pay his Club towards the Support of it.”