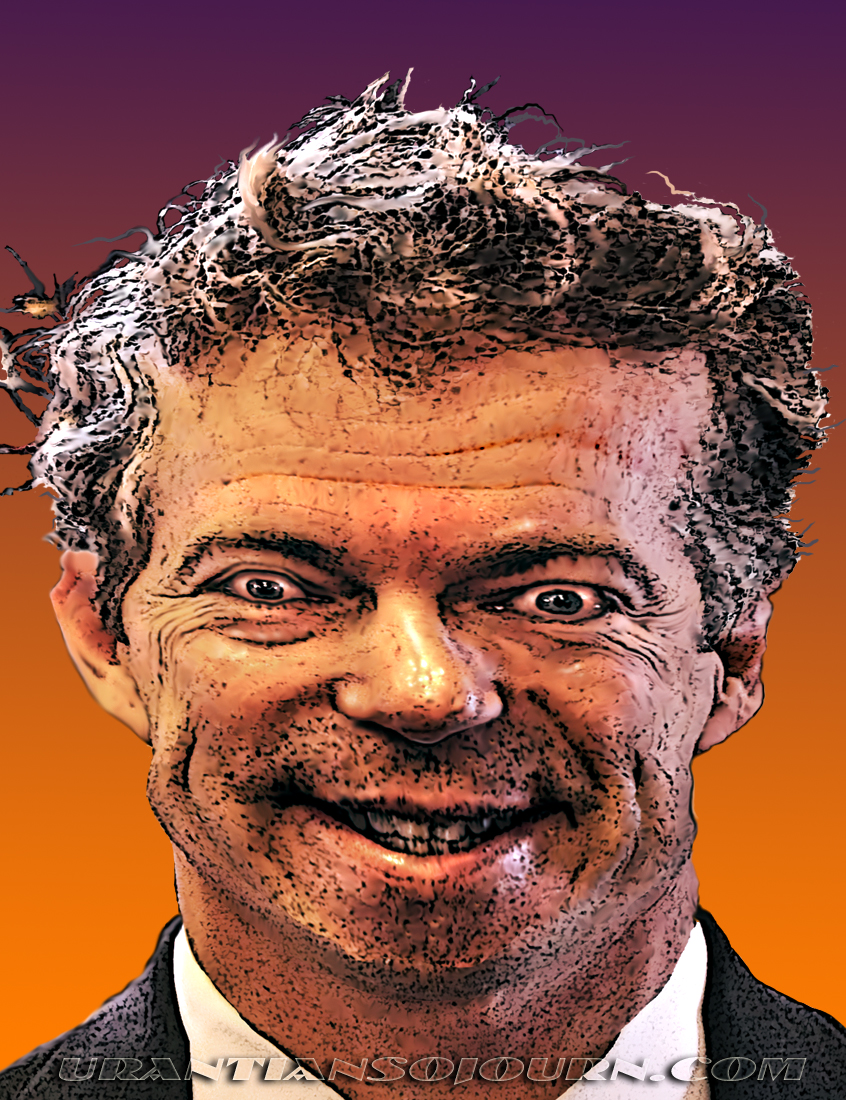 Rand Paul tries to get his Black on at Howard University

Following a decade-long bout with a temporary form of blindness, Texas author John Howard Griffin lit upon a novel idea: to effectively alter his physical appearance such that he could pass for a black man, to better understand the challenges that confronted the Black race in the pre-Civil Rights era of the late 1950s. The gritty results of this one man social experiment were published in book form under the title Black Like Me (later turned into a movie of the same name, starring James Whitmore). From the BBC account on the 50th anniversary of its publication:

In the American Deep South in 1959, to be black was to be despised — to be treated as something less than human. There was the grinding poverty, of course, and the segregation and legalised discrimination which reserved certain railroad cars, bus seats and drinking fountains for the whites. But there were humiliations that ran deeper still. In some states, black men accused of looking at white women with lust in their hearts could be arrested under laws which made “ogling” a form of sexual assault. In others, “eyeballing” laws meant that failing to look down at the sidewalk when white folks passed by could lead to a charge of behaving in a confrontational way.

(As a detested “heepy” living in Hawaii in the early ’70s, I learned early on, if possible, never make eye contact with da local boys. A fellow traveler was not so fortunate. Having caught the attention of the big guys hanging outside of Auggie’s Pool Hall in Paia, they raced across the street, chased him into a cane field, and beat him with their pool cues to within an inch of his life.)

All of which is background for a condescending historical lecture on Civil Rights given by Senator Ron Paul (R-Teabagger) to a polite but gobsmacked audience Wednesday at one of the country’s premiere Black colleges, Howard University. ThinkProgress has the highlights:

1. The Civil Rights movement is actually the “history of the Republican Party”.  The thrust of Paul’s speech was a recapitulation of the history of race and racism and a defense of the Republican record on race (representative line: “The story of emancipation, voting rights and citizenship, from Fredrick Douglass until the modern civil rights era, is in fact the history of the Republican Party.”) The problem was that this speech, ostensibly designed to persuade black voters that the GOP was interested in them, was telling the audience things it already knew. Moreover, the speech didn’t grapple with what happened to make the Democrats the more racially liberal party in the mid-40s or the turn towards racially divisive politics on the Republican right, essentially skipping over the real reason the GOP alienated African-American voters.

2. Assumed the audience didn’t know the history of the NAACP. In one of the most awkward moments of the talk, Paul asked the audience if anyone knew that the National Association for the Advancement of Colored People (NAACP) had been founded by Republicans. The audience responded with a resounding “yes!”

3. Suggested that African-Americans were “demeaning” the history of sergregation by calling voter ID laws discrimination. When asked how African-Americans could trust the Republican Party given its generalized support for discriminatory voter ID laws, Rand Paul told the audience to chill out about the measures, suggesting they were common sense. Paul argued that the view that these laws were an updated version of poll taxes was “[demeaning] the horror” of segregation. NAACP President Benjamin Jealous has said voter ID laws are “pushing more voters out of the ballot box than any point since Jim Crow.”

4. Mangled the name of the first popularly-elected black Senator. In what appeared to be an attempt to demonstrate his familiarity with the subject matter, Paul brought up Senator Edward William Brooke III (a Republican mentioned in the prepared remarks as “the first [elected] black U.S. Senator”). He referred to him, however, as “Edwin Brooks,” a point the audience corrected.

5. Misled about his opposition to the Civil Rights Act. Paul said “I’ve never wavered in my support for civil rights or the Civil Rights Act.” The problem, as Mother Jones‘ Adam Serwer pointed out, is that he opposed the law’s ban on discrimination in “places of public accommodation” like businesses, one of its most important planks. As an audience member asking Paul about this issue pointed out, “this was on tape.”

In his blog post Rand Paul and the Sweet Smell of Your Own Crap, TPM’s Josh Marshall comments that Paul’s embarrassment was…

“an example of what happens when a staunch conservative steps out of the GOP’s tightly-drawn racial nonsense bubble and hits an audience not dying to be convinced that the GOP’s problems with non-whites are the results of boffo misunderstandings about a Republican party that is actually the best thing that ever happened to black people.”

Marshall concludes with an insight into what happens when the brain’s narrative circuitry crystallizes around a long held personal prejudice:

” You can become so lost in your own story that you confuse your conciliation with your aggression. The GOP is so deep into its own self-justifying racial alternative reality that there’s some genuine surprise when the claptrap doesn’t survive first contact with actual black people.”

It’s like, for the whole fifty years of his sheltered life, Senator Aqua Buddha lived in a parallel Libertarian universe where compassionate, visionary Republicans ushered in the Second Great Emancipation of the downtrodden Negro race. I guess his nose was too stuck too far into Ayn Rand’s fantasy novels to notice that when the Redneck South abandoned the Democratic Party after LBJ signed the Civil Rights and Voting Acts, those Yellow Dog Democrats found a welcome home in the GOP. Or that Ronald Reagan announced his 1980 presidential run in the Mississippi town where civil rights workers, Andrew Goodman, Michael Schwerner and James Cheney were murdered in 1964.

Yesterday, I watched the new movie 42 about the legendary Jackie Robinson, the first Black professional baseball player who did so much to pave the way for later day civil rights leaders like Martin Luther King and Medgar Evers. Jackie suffered much abuse as he became the focal point of the intense racial hatred that prevailed during the year of his breakthrough, 1947.  Scenes from the movie include the iconic Whites Only signs that hung like nooses over bathroom doors and restaurants and professional baseball parks. In one scene, his minor league team bus stopped to gas up and Jackie headed towards the restroom to relieve himself. The attendant forbade from using it, saying he should know better.

Ron Paul, even today, would have supported the attendant’s choice, given his reading of the Constitution that private businesses should be allowed to discriminate.

Because, you know, freedom.