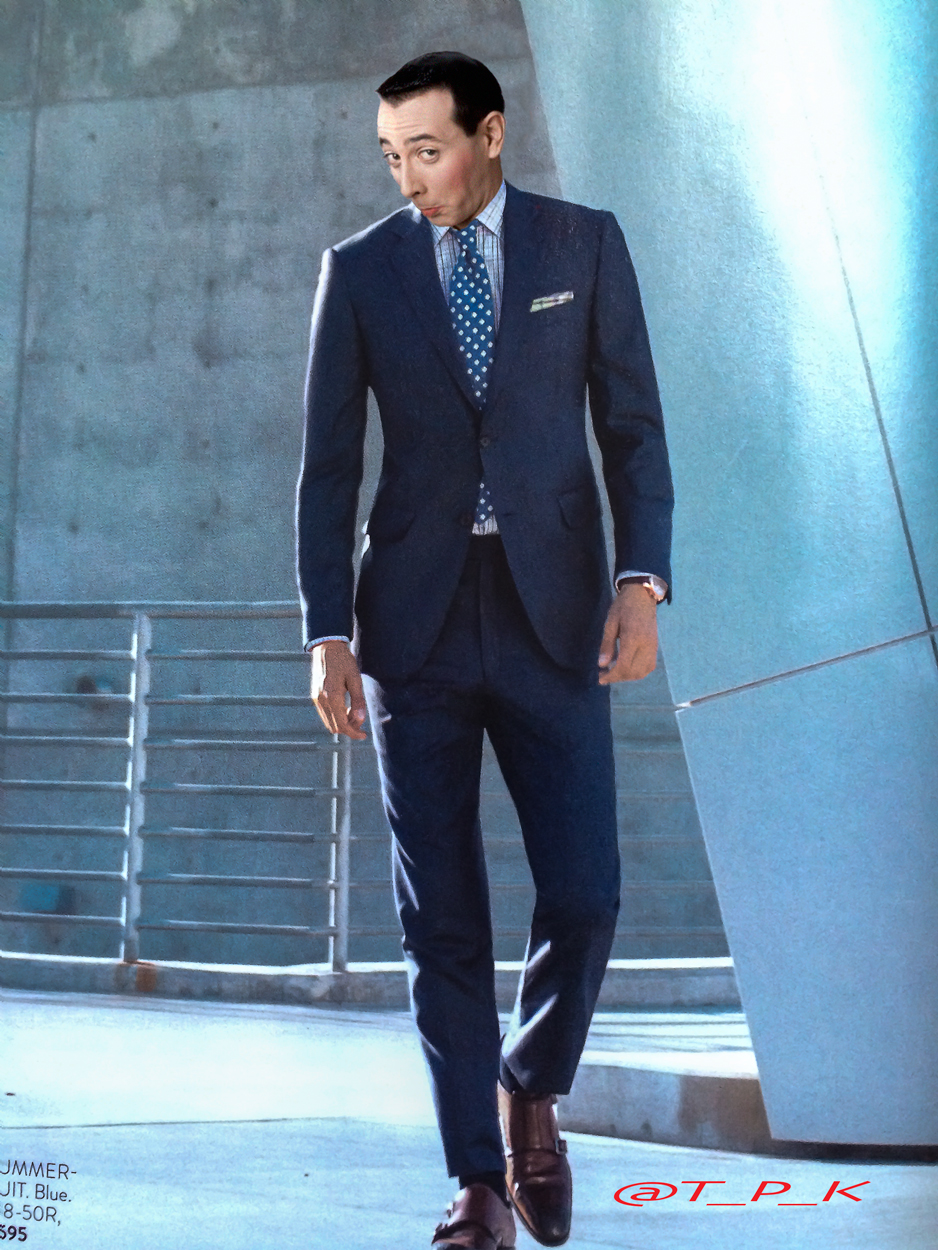 I need a photo opportunity, I need a shot at redemption. . .

The Indonesian flight is still missing and the Christie Bridge Fiasco is still expanding faster than his third chin. But it’s Friday, the weekend is here, we be kickin’ back.  So I went out to the guvmint box and got the mail.  Mixed in with the usual metric ton of forest waste paper was a slick, smelly NERDSTROM Men’s Shop magazine.  Inside were photos of skinny, underdeveloped man-children, wearing clothing that appeared uncomfortably tight, especially everywhere you normally want your clothing to be the most comfortable.
Beh Cause, FASH UN. 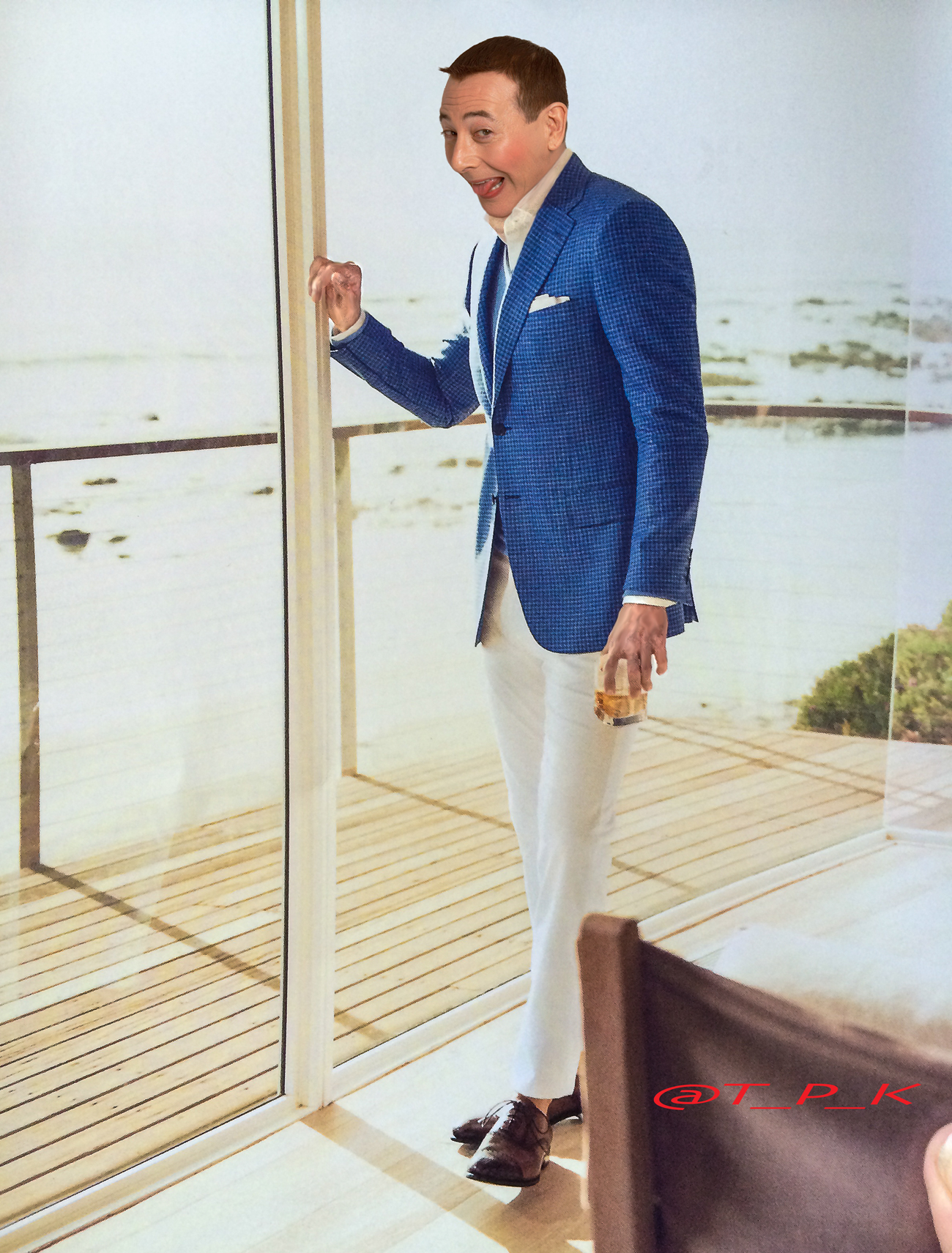 Don’t want to end up a cartoon in a cartoon graveyard. . .

They instantly reminded me of Pee-wee Herman;  then I couldn’t see them any other way.

Get these mutts away from me;  I don’t find this stuff amusing anymore. . .

So I did the only snarkological thing I could do:  put Pee-wee in the clothes.  But I did not mess with the clothing itself;  those skinny fucking legs were there already. 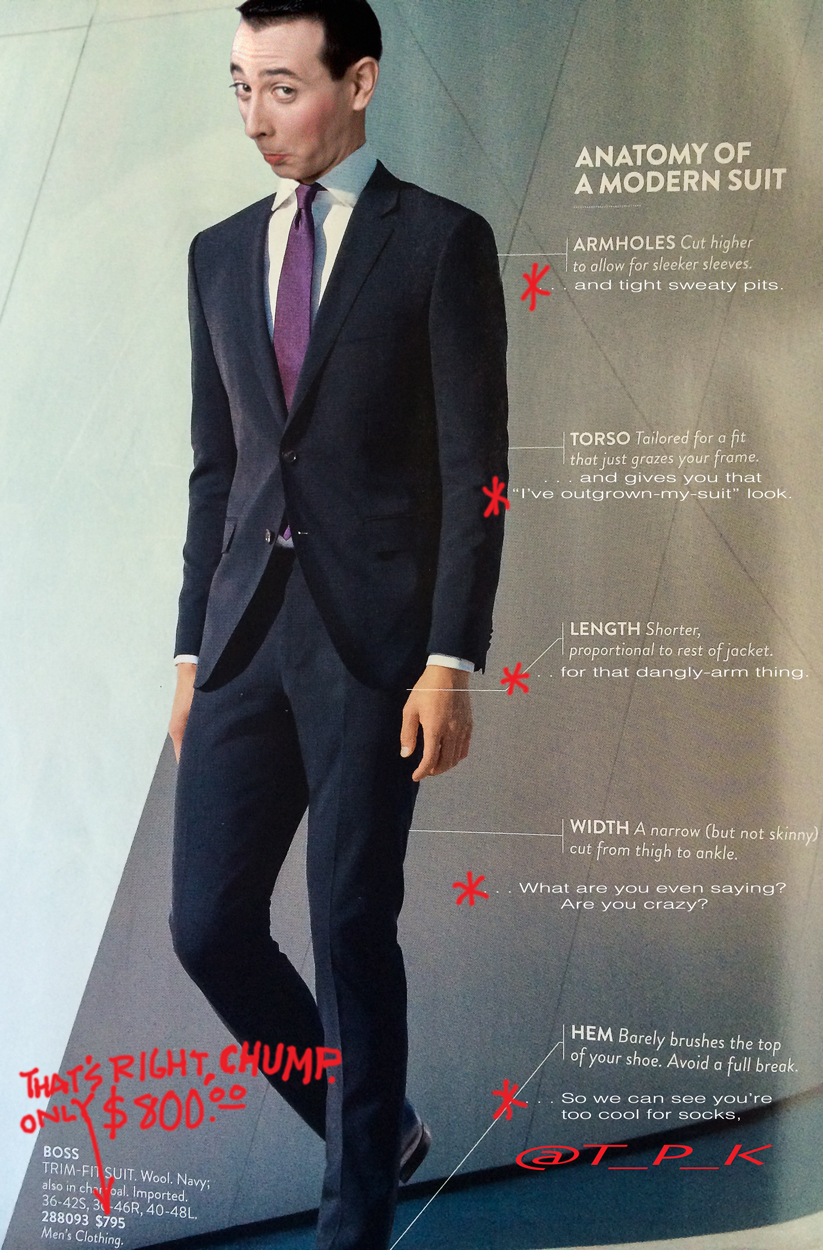 But somebody at Nerdstrum’s knew that many people getting their 67 page junka-log would not understand what was up with the death-camp thin fash-un-something, so they included a helpful “Anatomy of a Modern Suit” chart, that points out the what-the-fuckness to us, the great t-shirt/sweatsuit/moomoo wearing masses.


*Stereotypical nerds are commonly seen as intelligent but socially and physically awkward.  They are typically perceived as either lacking confidence or being indifferent or oblivious to the negative perceptions held of them by others, with the result that they become frequent objects of scorn, snark, ridicule, bullying, and social isolation.  Stereotypical “nerd” appearance includes very large glasses, braces, severe acne and high-water pants lifted up.  In the media, many nerds are portrayed as being physically unfit, either overweight, or very thin.