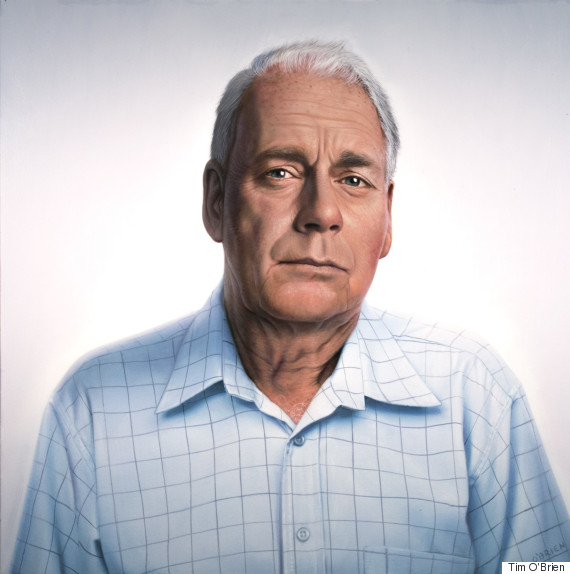 Seriously?? A little more orange and you have John Boehner, right?

A Mister Tim O’Brien, not from Fort Lee, New Jersey, but president of the Society of Illustrators and the victim of a brief but supposedly clairvoyant snit-fit, says the “troubled” character of Don Draper actually went on to have a “wholesome, fulfilling life.”

Sayeth, Timmeh: “I think Don went on to be near his children with his move back to NYC. He learned something out west; that he had people around him who loved him and I think the rest of his life was recognizing that.”

Sadly, no, Tim. Did you even watch the show??

THIS is what the “troubled” character of Don Draper will look like at 60; just forget 80.  This is what Don Draper went on to fulfill: The life of an alcoholic on the street. 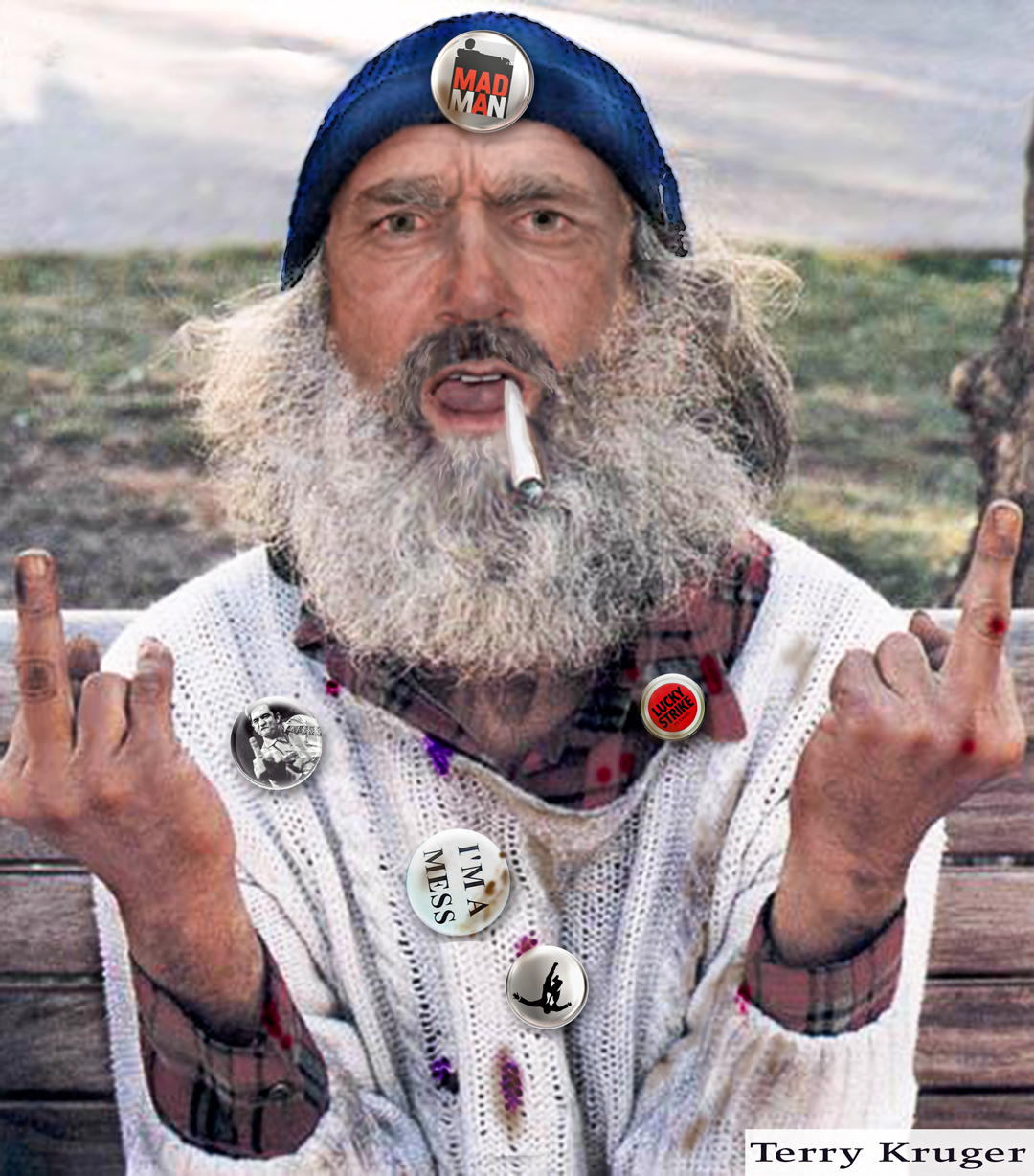 The “troubled” character of Don Draper, known on the street as, “Madman.”

Sayeth, Terreh: “I think Don went on to be near his drinking bros back in the hobo parks of L.A. Yes, he did learn something out west; that he had people around him there who used him, even as he used them; I think the rest of his life was spent recognizing that, hating it, and them, and eventually drowning in his addictions to alcohol and tobacco, and dying alone under a Maytag refrigerator box at age 62.”

But you’re not off the hook just yet, Timmeh.  Let’s learn a bit about cirrhosis of the liver, the disease that comes on slowly over years of heavy alcohol use.  Early on, there are often no symptoms at all, outside of, you know, the usual cognitive impairment that goes hand in hand with being a drunk.

As the disease really gets going though, you become tired, weak, itchy;  you’ll probably experience swelling in your lower legs; maybe develop an unpleasant shade of yellow skin;  you’ll find yourself bruising easily.  You’ll look in the mirror one day, and discover spider-like blood vessels all over the skin of your nose.  Worse still, you’ll have fluid build up in your abdomen;  the fluid build up may end up producing spontaneous infection.  If you’re lucky, you might avoid bleeding from your dilated esophageal veins.  And the resulting hepatic encephalopathy results in increasing confusion and eventually, unconsciousness.

So yeah, it takes more than a few drinks per day, over a number of years, for cirrhosis to occur.  But hey, that was Don.  He could hang with the worst of them, and he almost always did.

Then there was Don’s lung cancer.  He was diagnosed at 58, after a protracted hacking fit one morning.  This was right after he realized he was broke, and had no recourse to medical care.  When it rains…  But.  Ninety percent of heavy smokers like Don inevitably find themselves with lung cancer, the most common cause of cancer-related death in men and women world-wide;  it’s responsible for more than a million and a half deaths every year.

Finally, we haven’t even looked into Draper’s more or less constant casual sexual relationships with women, and what that meant to his increasingly stunted soul.  Suffice it to say, all physical poisons greatly retard the efforts of the spirit to exalt the mortal mind.  And then there’s that big bag ‘o mental poisons— fear, anger, envy, jealousy— suspicion, hate, intolerance— these likewise tremendously interfere with the spiritual progress of the evolving mortal soul.

So NO.  Don Draper did not suddenly decide to live a “wholesome, fulfilling life.” Like so many other disillusioned, poisoned souls, he drank himself to death.

May he rest in peace.