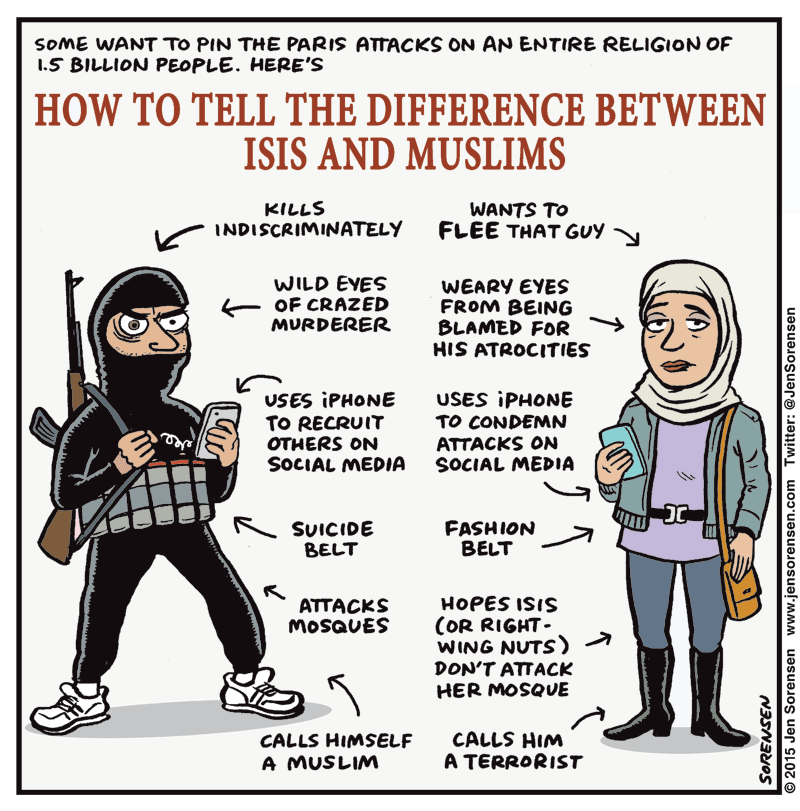 Last Tuesday, GOP presidential candidate, Governor John Kasich of Ohio, in response to the brutal terrorist attacks in Paris, Beirut, and Mali, called for the creation of federal agency to promote and propagandize Christian values. Not in front of a conservative, Evangelical gathering in Iowa, mind you, where some 33% of Iowa Republicans wants to criminalize Islam. But in front of the National Press Club in Washington, D.C.

Even the pearl clutching Lindsey Graham mocked Kasich’s idea, stating that: “I don’t think we should be promoting Judeo-Christian values in the Arab world. I think that was the Crusades.” Boom! Well, it didn’t take long for Kasich to walk back his initial proposal, now claiming that we don’t need such an agency after all. Instead, he called for the rebirth of the Voice of America. Or something.

You’da thunk that Kasich would have learned from the lesson of George W. Bush, who immediately after 9/11, twice called for a “crusade” as part of an aggressive military strategy to punish the evil doers. Not only did W. ditch that needlessly provocative rhetoric, but to his credit, praised and defended Islam:

I also want to speak tonight directly to Muslims throughout the world. We respect your faith. It’s practiced freely by many millions of Americans, and by millions more in countries that America counts as friends. Its teachings are good and peaceful, and those who commit evil in the name of Allah blaspheme the name of Allah. The terrorists are traitors to their own faith, trying, in effect, to hijack Islam itself. The enemy of America is not our many Muslim friends; it is not our many Arab friends. Our enemy is a radical network of terrorists, and every government that supports them.

Rather than highlight the differences between Christians and Muslims, let’s identify a key commonality instead; specifically, the belief by both that we have entered into an apocalyptic, end times. In the Christian tradition, the Book of Revelation describes a bloody, catastrophic conflict, culminating in the triumphant return of Christ, the Messiah, when peace and justice is restored.

In Muslim eschatology, the end times are foretold in the Hadith, a collection of teachings attributed to the Prophet Muhammed. The Hadith foretells the arrival of a fierce warrior, Muhammad al-Mahdi, (aka The Twelfth Imam, aka The Missing Imam) who vanquishes the wicked, and after a similarly bloody conflict, also brings peace and justice to the world. (The two main sects of Islam, Sunni and Shia, differ in their beliefs as to the origin and history of the Mahdi, but both recognize his indispensable, world transformative role.)

But here’s the kicker: Accompanying the Mahdi will be the Prophet Isa; aka the Prophet Jesus:

According to Islamic tradition, the Mahdi’s tenure will coincide with the Second Coming of Jesus Christ (Isa), who is to assist the Mahdi against the Masih ad-Dajjal(literally, the “false Messiah” or Antichrist).

So there you have it, a moment of harmonic convergence, if you will. Maybe the Mahdi and Isa should hold a joint press conference and tell this planet’s denizens to chill the hell out. (Hullo! Anybody up there?)

As The Urantia Book puts it:

You must first recognize man as your brother, and if you honestly desire to do by him as you would have him do by you, the commonplace dictates of justice, honesty, and fairness will guide you in the just and impartial settlement of every recurring problem of economic rewards and social justice.