“I believe in Sen. Cruz because he believes what he’s saying.” 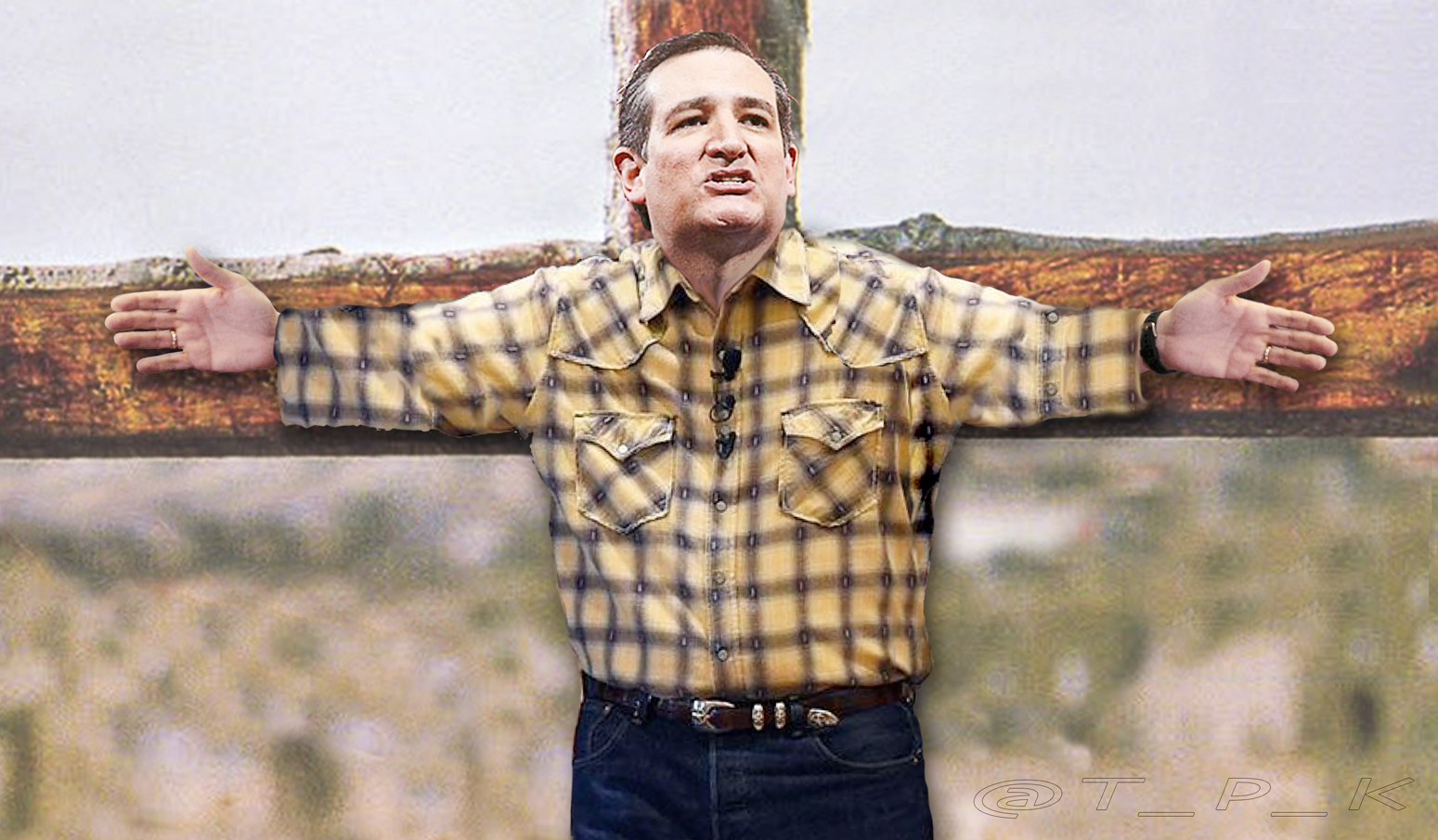 Ted Cruz seeks out familiar backdrops, which tend to show off his ugly, ill-fitting wardrobe and help disguise his tiny shoulders.

Sometimes David Brooks writes something so completely out of touch with reality that the reader’s heart breaks at the pathos of it all, like you’re watching a baby duck with a broken wing trying to fly. Then you remember that he’s paid handsomely by The New York Times and given one of the largest platforms in the country to spout of (sic) his ill-informed opinions, and it’s right back to be (sic) angry again.

I’m not sure what “readers” AMANDA MARCOTTE is talking about;  maybe it’s those readers who don’t notice all her typos;  but most of the people I know limit their reading of David Brooks‘ shit simply because they value what they’ve gone to the trouble of putting into their digestive tracts, and prefer it stay there.  And no, not a baby duck, either.  Maybe a wounded starling, or some other rat-bird.  Not something that stirs our compassion, but our loathing.

The  Brutalism  of  Ted  Cruz

Most of us recognize a  amoral bully when we see one.   Using governmental power to take a petty thief to the supreme court to enforce an unjust sixteen year sentence on a man who had already served six fucking years of his life for shoplifting a calculator— a crime which carried a maximum two year sentence— well… that sort of hideousness is reserved for creatures like Raphael Edward Cruz.  And the more you learn about this loathsome gaggle of neurons the more your reaction to him should be something like this.

Contrary to Republican conventional wisdom, wearing the ugliest flannel shirts manufactured on the planet does not make you American.  Dressing up in camo and grease paint with a bunch of professional duck killers who shoot buckshot into water fowl does not make you American.  Being conceived by Americans on American soil technically qualifies you as an American.  Being born of an American womb somewhere else on the planet, not so much, maybe.

Republicans, like our boy Raphael, built and stoked the birther fires to burn President Obama at the stake.  And now with wry amusement and disdain, Democrats are watching the same sort of bigotry towards immigrants that Cruz has been campaigning on, being applied to himself.

As Brooks said in a moment of clarity, Cruz “sows bitterness, influences his followers to lose all sense of proportion¹ and teaches them to answer hate with hate.”  Not exactly real Christian values.  So why is it Evangelicals continue to be so easily duped by loathsome callow scumbag politicians who mouth Christian values, but would probably push others out of the way to pound the nails into the hands and feet of their Lord and Savior?

Like every single one of the Republican pretenders to the throne, Cruz loves him some fear.  He can hardly get through an attack on Obama without expressing the virulent brutality that oozes from the dark lord Lucifer hisself, and threatening to destroy some things or some bodies in the name of divinely inspired peace and love.¹

Ted Cruz:  The New York Times is a commie rag.  Also David Brooks is a douchebag.  I was born a poor black child.  In Canada.  So of course I had to take money under the table.   My wife has naught but a good Republican cloth coat.  And my kids had a dog. Named Checkers.  Which was delicious.