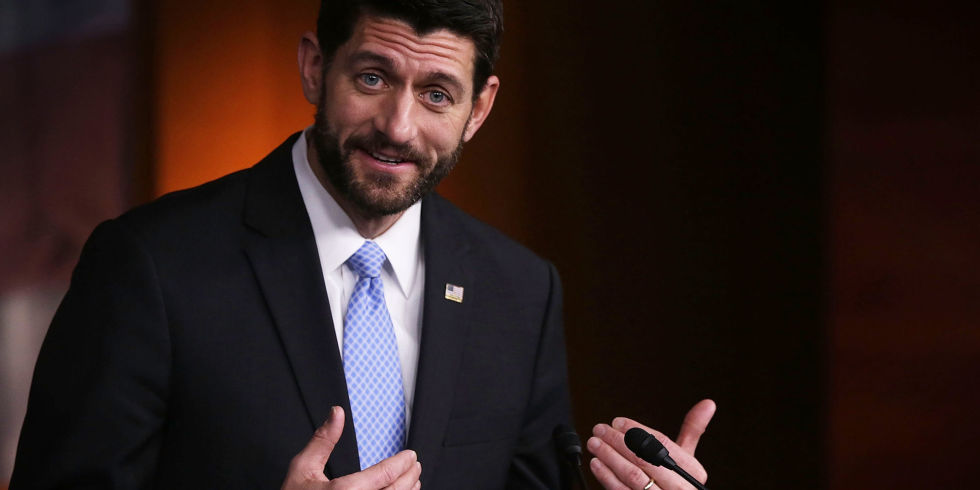 Paul Ryan: From Ayn Rand Devotee to Acolyte of the Prophet Muhammad?

Is Speaker of the House, Rep. Paul Ryan, a Secret Muslim?  A longtime Ayn Rand devotee, Ryan, has decided — hide the children! — to grow a beard. This has created a great disturbance in the force of the Wingnut Universe.  Beards, a staple facial accoutrement among Muslims worldwide, are apparently a serious concern to the Guardians of Freedom and the ‘Mericun Way.  (Preliminary channel checks show that sales of guns, ammo, and fainting couches are rising rapidly.)  As Jeet Heer  writes in The New Republic: “This might be seen as a sign that the American right has finally crossed the border into looney-land.”  Perhaps findings from the field of cognitive science, the Dunning-Kruger effect, can help explain why.

To put Dunning-Kruger into the context of current political events, consider this observation from The Hill:

Conservative pundit Ann Coulter says Ryan, just seven weeks on the job, is ripe for a primary challenge. “Paul Ryan Betrays America,” blared a headline on the conservative site Breibart.com.  And Twitter is littered with references to the Wisconsin Republican’s new “Muslim beard.”

The final outrage that is causing Coulter and her ilk to brand a powerful Republican with considerable conservative street cred a traitor, was Ryan’s refusal to shut down the U.S. government over the 2016 budget. Bringing the government to a grinding halt is a tactic dear to Winger hearts, as reflected in their support for Texas Senator Ted Cruz, who helped engineer the 2013 shutdown. Though the GOP establishment believes that the issue is a sure pathway to party suicide, you wouldn’t know it judging by recent poll results that show Cruz a strong second to Donald Trump in the GOP presidential primary.

Wikipedia defines the The Dunning–Kruger effect as:

…a cognitive bias in which relatively unskilled individuals suffer from illusory superiority, mistakenly assessing their ability to be much higher than it really is. The bias was first experimentally observed by David Dunning and Justin Kruger of Cornell University in 1999. Dunning and Kruger attributed this bias to a metacognitive inability of the unskilled to recognize their own ineptitude and evaluate their own ability accurately.

To put it in less politically correct terms, Teh Stupid lack the necessary cognitive skills to recognize their own stupidity. And to make matters worse, they will often double down on their ignorance by issuing authoritative opinions on non-existing “facts,” as late night television host Jimmy Kimmel demonstrates time and time again with his Lie Witness News segments.

Myths To Live By: The Musical Equivalent of Obama is a Secret Muslim

The inspiration for Dunning and Kruger’s research was an incident involving a bank robber (who unconsciously may have been trying to win that year’s Darwin Award).

The study was inspired by the case of McArthur Wheeler, a man who robbed two banks after covering his face with lemon juice in the mistaken belief that, because lemon juice is usable as invisible ink, it would prevent his face from being recorded on surveillance cameras. The authors noted that earlier studies suggested that ignorance of standards of performance lies behind a great deal of incorrect self-assessment of competence. This pattern was seen in studies of skills as diverse as reading comprehension, operating a motor vehicle, and playing games such as chess or tennis.

Not to mention choosing which political party to support. One need only review the relative performance of the economy under respective Democratic and Republican administrations to conclude that the latter is comparatively incompetent when it comes to issues like decreasing the budget deficit, lowering unemployment, raising wages, providing health care to millions of the uninsured, and keeping us out of stupid, trillion dollar wars, occupations, and self-defeating “nation building” enterprises.

You’d think that the denizens of the Wingnut Universe would have figured it out by now: the relationship between propagandistic  appeals to the darkest places of their ids, and whatever policy goal that The Powers That Be want enacted. That they insist on supporting policies and politicians that are inimical to their own economic interests and physical health and well-being is also addressed in Thomas Frank‘s classic book: What’s the Matter With Kansas. From the Amazon review of same:

A brilliant analysis — and funny to — What’s the Matter with Kansas? is a vivid portrait of an upside-down world where blue-collar patriots recite the Pledge while they strangle their life chances;  where small farmers cast their votes for a Wall Street order that will eventually push them off their land;  and where a group of frat boys, lawyers, and CEOs has managed to convince the country that it speaks on behalf of the People.

Denial, aka, the failure to recognize one’s various self-deficiencies, is a key component of the Dunning-Kruger effect. The following Monty Python bit  illustrates the principle.

Tis but a scratch! A flesh wound!

I would enjoy nothing more than to see Barack Obama grow a beard, just to see how unhinged Wingers can get. Notwithstanding a September poll that showed 43% of Republicans believe that President Obama is a Muslim, the ability of that particular Winger trope to enflame Teh Stupid against the president is losing steam. Despite unrelenting attacks from the Right Wing Noise Machine’s Mighty Wurlitzer,  and a sea change in the public’s concern about terrorism, Obama’s approval numbers are actually higher than they were a year ago. But the appeal to racial and religious prejudice is too strong a propaganda tool to abandon, so fresh meat is needed to keep fear alive.

(Thus endeth Part I. In Part II, we explore further ramifications of the Dunning-Kruger effect on the 2016 presidential election.)