Don’t expect to see a “Starry Night” 55er in your wallet—or in your lifetime;  and not just because you’re poor and apt to stay that way.

Money, it’s a crime
Share it fairly but don’t take a slice of my pie
Money, so they say
Is the root of all evil today
But if you ask for a raise it’s no surprise
That they’re giving none away
Away, away, away

Finally. The long overdue depiction of putting a great American woman, Harriet Tubman, on the face of a United States twenty dollar bill—even though it’s said it will take more than ten years to get’r done— oh and five other women— Susan B. Anthony, Lucretia Mott, Alice Paul, Elizabeth Cady Stanton, and Sojourner Truth— will eventually be on the greenback of a new $10 bill, (but will still have Alexander Hamilton on the front).   While this shows we can eventually do something right, it also exposes the moldy archaic lameness of the rest of our currency.

Like so many things in life, the velocity of change has simply smoked a large part of our historic culture, including just about every aspect of our ideas about money, wealth, and the economic reality we face as good little cogs in the capitalist wheel.  Or bricks in the wall.  Or middle class wage slaves in an open air debtor’s prison.  So it’s not all that strange that the way our money looks is just as dodgy and tired as the way it’s made and distributed among our people.  But.

We all learned to count by fives when we were young.  Too bad we can’t count greenbacks the same way:  Five, Ten, Fifteen, Twenty, Twenty-five, Thirty, up to say, $250,000.  Think of all those great American faces we could carry around in our purses and pockets;  that is if we had any to carry around.  And think of all the new money that would be out there for the making.  I knew that you could.

“Dead Presidents,” a euphemism of American money, (not excepting Hamilton and Franklin), perfectly characterizes our inability to keep up with our own culture.  Clearly Dead Presidents aren’t the only ones who’ve helped make America what it is today.  There are plenty of Dead Musicians, Dead Painters, Hollywood Stars, Writers, and unsung heroes who are worthy of remembrance on a bit of currency.

Give us deh munneh, Lebowski!

Sadly, unless something amazing happens— like a Democratic Socialist becomes president— don’t expect you’ll be able to collect  any of them anytime soon, even if they made them;  because the unequal distribution of wealth in this country and the world isn’t going to change under the reigns of a Drumpf or a Clinton. 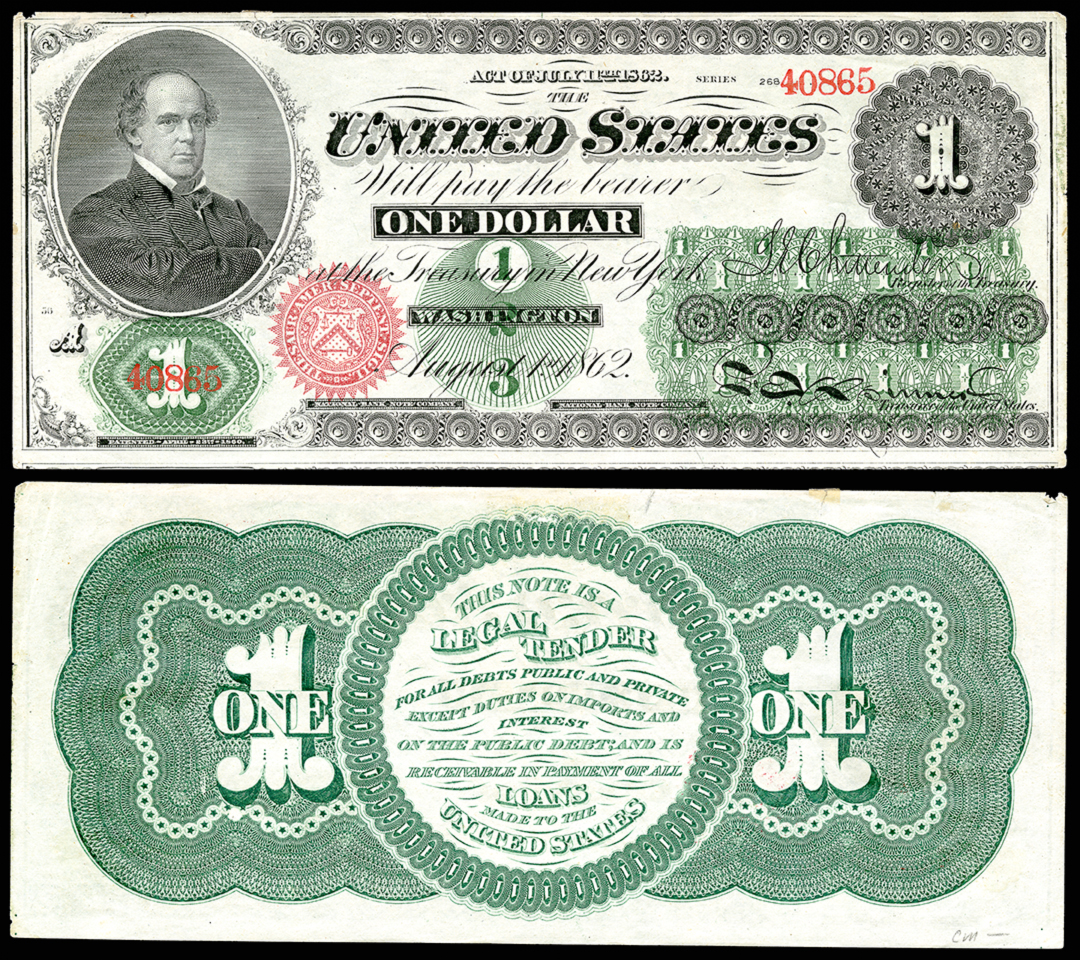 And if you think that sounds fishy, then you probably don’t know that it was Salmon P. (Patty) Chase who introduced the modern system of banknotes, uh, and having the humongous balls to put his own image on the first “greenback” dollar bill, while he was the sitting secretary of the Treasury.  He also had his mug on the $10,000 bill printed from 1928 to 1946, and was “instrumental” in placing the phrase “In God We Trust” on United States coins in 1864.

And speaking of trusting in God, that brings us to banksters, the wealthy, the “one percenters”;   and their money, the root of all evil.  It brings us to the time when we need, we must call a spade a spade, and give credit (no pun intended) where credit is due, and maybe be done with money, once and for all.