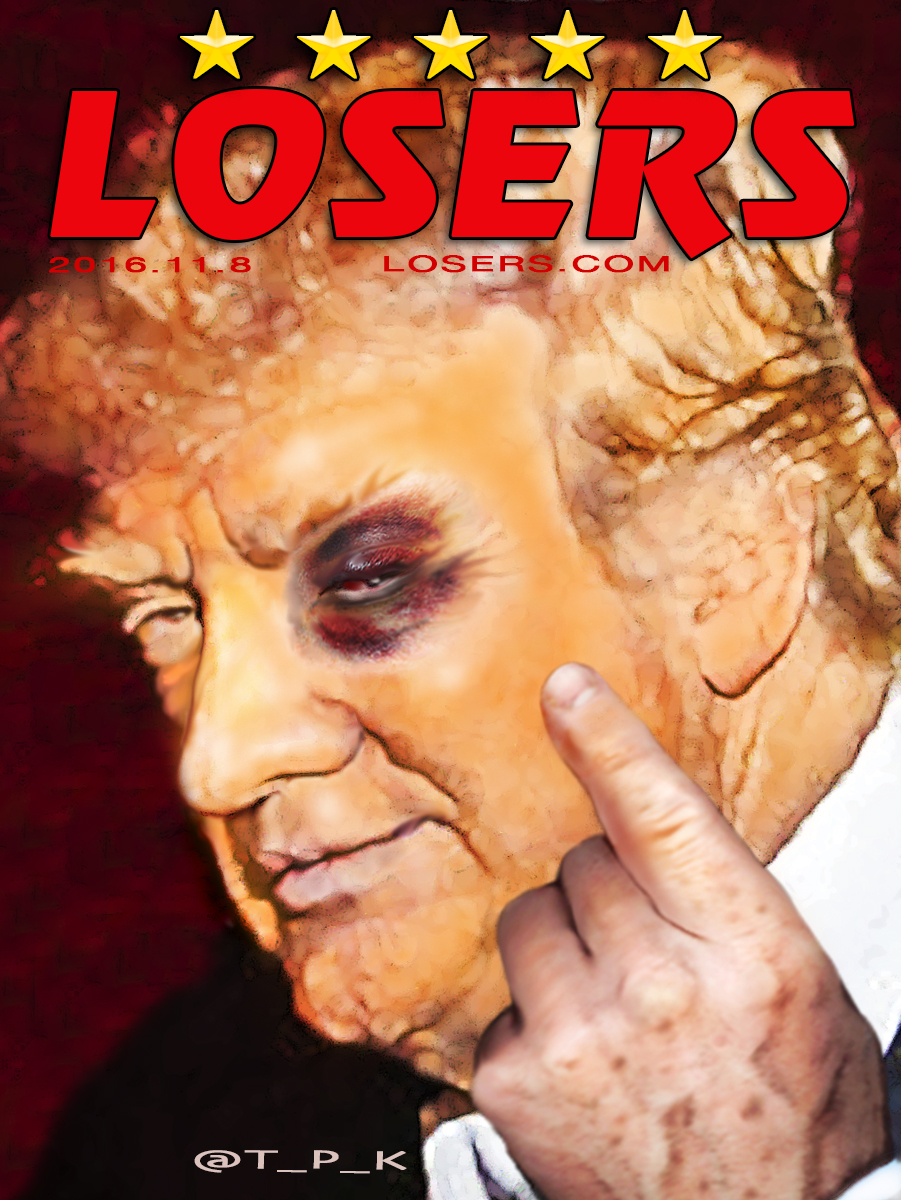 Of course it’s a self-inflicted contusion; but countless people wish they had done it.

UNION CITY, NEW JERSEY —  To be honest, I had never heard of “LOSERS” Magazine until I happened on a copy at Havana Sandwich Queen at 48th & Park.  Not gonna tell you what I get there because I get too many of them, but do drop by when you’re in the hood.  So anyway there was this freshly minted still smokin’ copy of “LOSERS”, obviously discarded in a chair next to a not so authentic three foot palm tree.

Although this mag is dated on election day, they weren’t necessary predicting Donald la douche was going to lose the election.  No, this was about, well, all kinds of losers, although a lot of them were associated with Rump and his rolling self admiration therapy troupe.  Forty-seven pages worth of losers.  Where to begin. 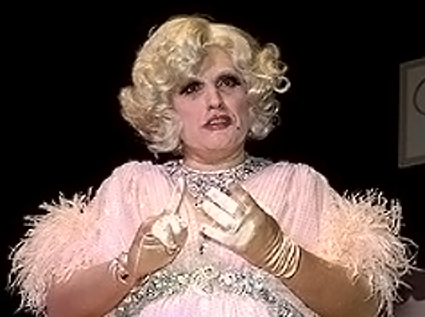 How about we start with the seditious “outraged FBI agent” losers at the FBI, and ghoul-face fuckstick #Loser, Rudy “I had no role in it” Giuliani.

“I’m real careful not to talk to any on-duty, active FBI agents. I don’t want to put them in a compromising position. But I sure have a lot of friends who are retired FBI agents, close, personal friends, who talk to those on-duty guys a lot.   All I heard were former FBI agents telling me that “there’s a revolution going on inside the FBI and it’s now at a boiling point.”

Why you treasonous fuck.  There you sit, like a festering cyst with those three Fox & Friends toads on national teevee, blathering on about the “revolution” inside the FBI, and claiming you “did nothing to get it out.”  Of course this smells like Roger AILES, but it’s on you, Rudy.

But let’s move on;  so many other losers waiting who need to be extremely vetted.

David Duke is a racist, and a freaky-eyed opportunistic gaggle of toxic waste in a skin bag.  But there’s also genetic grenade,  Eric Trump:

“The guy [David Duke] does deserve a bullet. I mean, these aren’t good people. These are horrible people. In fact, I commend my father. My father’s the first Republican who’s gone out and said, ‘Listen, what’s happened to the African-American community is horrible and I’m going to take care of it.'” 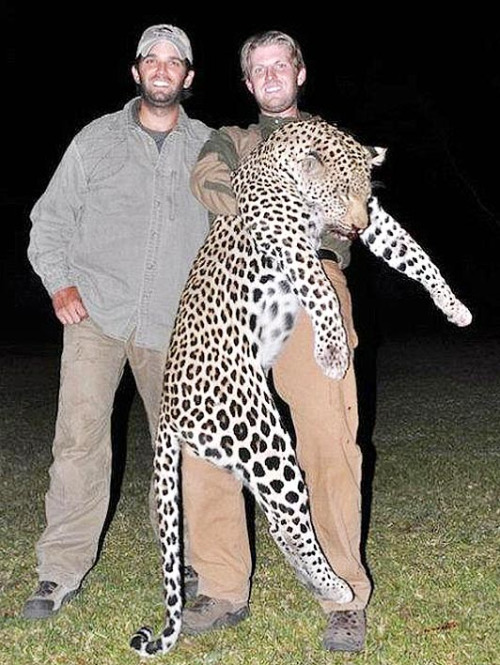 Okay you can’t really blame his idiocy on his DNA because he is, like his daddy, supposedly “highly educated” and also equipped with “the best words,” so responsibility for his public death threat has to be placed squarely on his own tiny little shoulders.  This is a man, after all, who has some experience with judging who or what deserves a bullet. →

The LOSERS article went on with a veritable laundry list of losers, from the mundane John McCain, Gary Johnson supporters, all elected Republicans, Kim Davis, etc. — to the truly dangerous, the Alt-right fringe, Fox News, the fully propagandized under-educated idiots who must now act out their rage in a voting booth.  And Donald J. Trump.

Together they form a classic, symbiotic relationship of losers.  The sexual predator narcissist loser is supplied with endless applause and adulation, though remaining unloved;  the fawning rabble is continually duped into believing he actually is aware of and means what he says;  every word he utters reinforces their prejudices, hatreds, effectively sealing their minds from any sort of reconciliation with reality.

And now, when the truth is found to be lies, it’s not just Grace Slick singing.  Now it’s a threatening minority become a harbinger of doom for a nation of fools.