The buffooning* of America is well underway, and it’s not pretty.

Erectile overcompensation is just one example of the buffooning of America, but e.overcompensation is not a disease, merely a symptom.  Its “victims,” (like Donald Trump), are generally oblivious of its not so subtle public manifestations.

In, “Why Is It Always About You?: The Seven Deadly Sins of Narcissism,” Sandy Hotchkiss and James F. Masterson characterized the Seven Sins this way:

Shamelessness:  Shame is the feeling that lurks beneath all unhealthy narcissism, and the inability to process shame in healthy ways.

Magical thinking:  Narcissists see themselves as perfect, using distortion and illusion known as magical thinking.  [I Alone Can Solve]  They also use projection to “dump” shame upon others.

Arrogance:  A narcissist who is feeling deflated may “re-inflate” their sense of self-importance by diminishing, debasing, or degrading somebody else. [Take Your Pick] 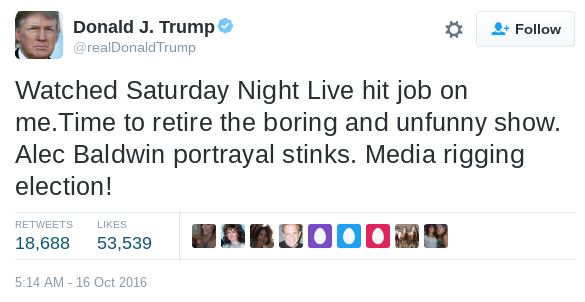 Envy:  A narcissist may secure a sense of superiority in the face of another person’s ability by using contempt to minimize the other person or their achievements. [Birtherism to Baldwinism]

Entitlement:  Narcissists hold unreasonable expectations of particularly favorable treatment and automatic compliance because they consider themselves special.  Failure to comply is considered an attack on their superiority, and the perpetrator is considered an “awkward” or “difficult” person.  Defiance of their will is a narcissistic injury that can trigger narcissistic rage. [Fabulous. Give him the Nuclear Codes.]

Exploitation:  Can take many forms but always involves the exploitation of others without regard for their feelings or interests.  [Other nations, you’ve been warned.]  Often the other person is in a subservient position where resistance would be difficult or even impossible.  [Take your bill for services rendered and shove it.] Sometimes the subservience is not so much real as assumed.

Bad boundaries:  Narcissists do not recognize that they have boundaries and that others are separate and are not extensions of themselves. [So he can grab your pussy— whether you have one or not.]  Others either exist to meet their needs or may as well not exist at all. [Losers.] Those who provide narcissistic supply to the narcissist are treated as if they are part of the narcissist and are expected to live up to those expectations. In the mind of a narcissist, there is no boundary between self and other.

[Psychoanalyst Otto Kernberg thought a “malignant narcissistic criminal” could be characterised by a disregard of others, unless— they could be idealised as sources of narcissistic supply.  Heinz Kohut  “saw those with narcissistic personality disorder as disintegrating mentally when cut off from a regular source of narcissistic supply.” Still, those who provided the “supply” might end up being treated as merely a part of the narcissist, in a collapse of “personal boundaries.”]

Narcissistic personality disorder (NPD) is a long-term pattern of abnormal behavior characterized by exaggerated feelings of self-importance, an excessive need for admiration. . .

People affected by it often spend a lot of time thinking about achieving power or success, or about their appearance. They often take advantage of the people around them.

You didn’t really think that hair spectacle happens all by itself every morning, did you?  And do you think a perfectionist who worries about power lines being seen from his golf courses accidentally ties his Cha-China-made ties 8 inches too long every fucking day??

Stop reading now if you think the Trump University capitulation was just a convenience settlement and get back under your rock. And all yooz who wuz stiffed for your services, it’s time to move on to watching your country get stiffed— for reals.

And yeah, a total pussy grabber. . . of someone else’s daughters.  And he’s gonna be suing the hell outa all of them very soon now, believe me, that I can tell you.

“Compensation” can cover up either real or imagined deficiencies, and personal or physical inferiority. Put another way:  he had to make his own ties.

Not only does Trump have the best words, he also has the best genes, too;  just ask him if you dare, fellow mongrel.
But the Phallic narcissist is, I think you’ll agree, is one who has to have the longest, you know, thing hanging from their double chinwag: 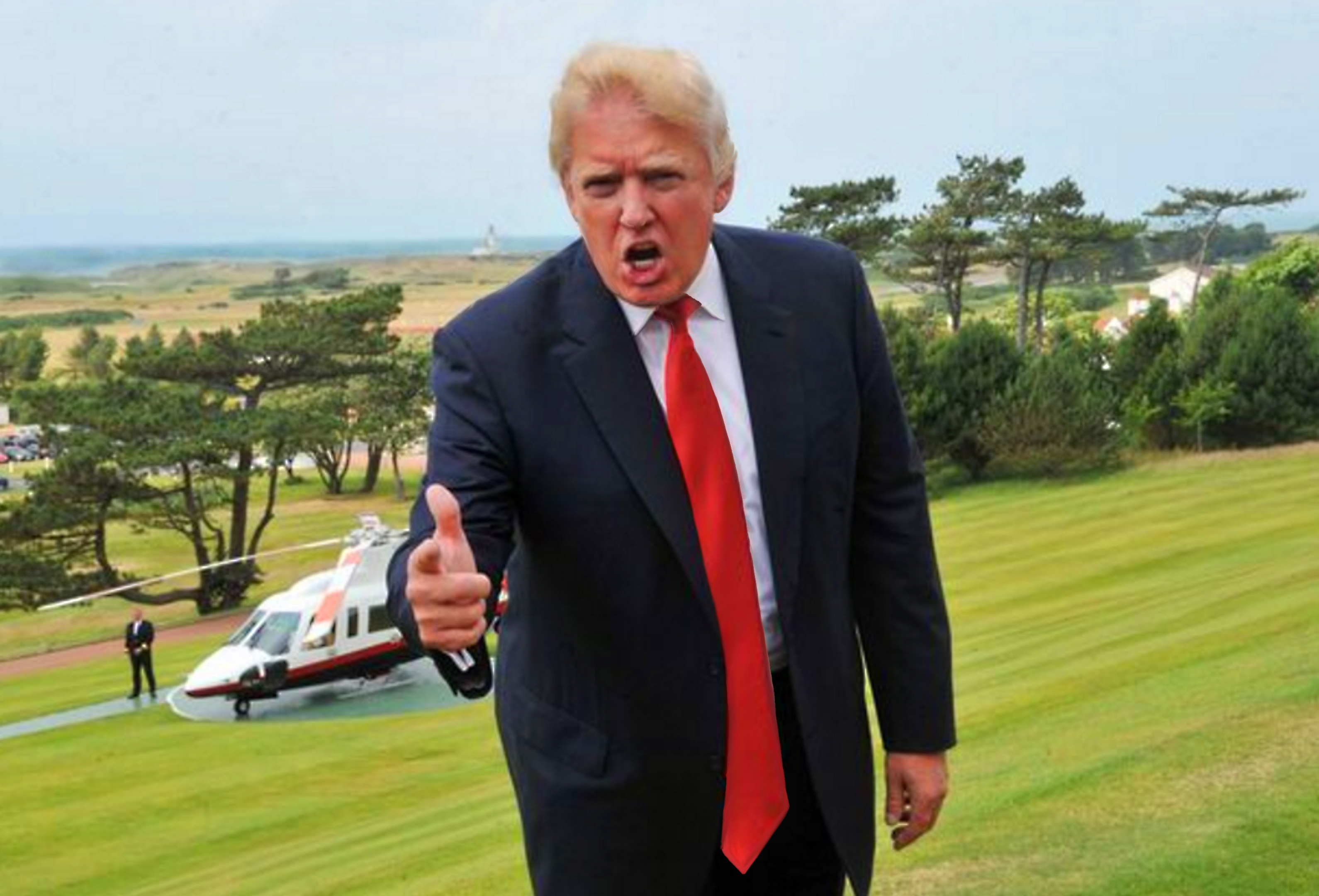 Get off my lawn!

* Buffooning” transitive verb;  and yes it’s a real word because I said so.