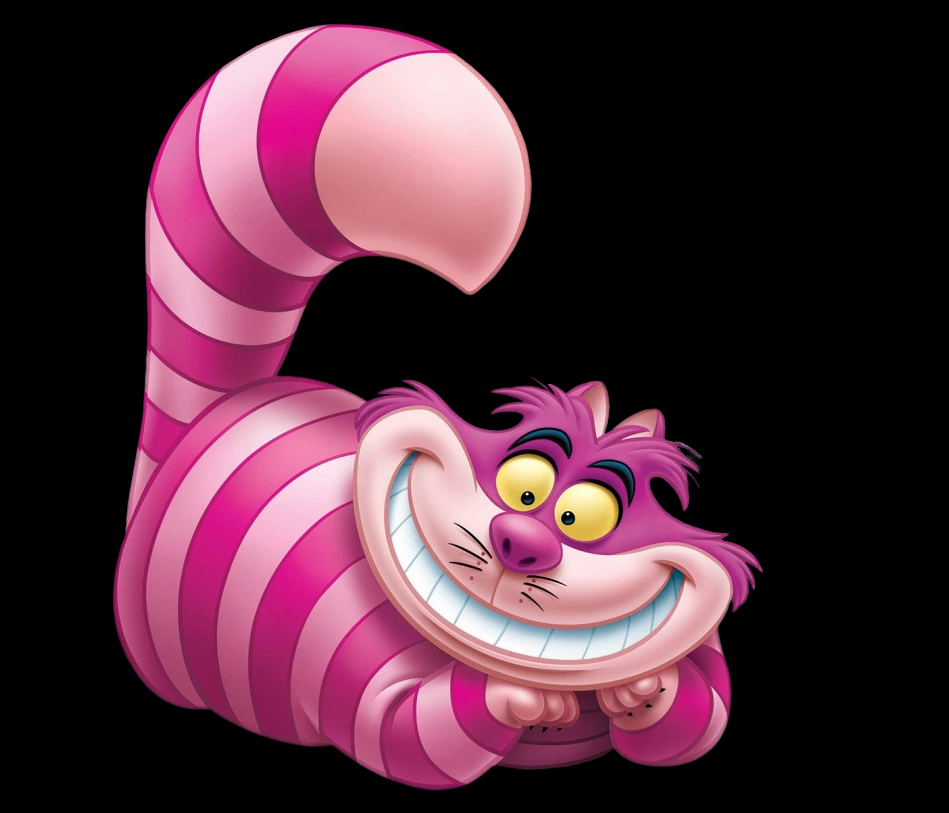 •
Alice came to a fork in the road
and saw a Cheshire cat in a tree.
“Which road do I take?”
she asked.
His response was a question:
“Where do you want to go?”

—Lewis Carroll,
Alice In Wonderland
Upon graduating from high school in a humdrum mid-western city surrounded by soybeans and cornfields, I immediately got down to the business of buying my first car.  As things worked out, the fellow I bought it from needed a ride, and offered to drive us back to town in my new car.  As we cruised through the endless corn and beans, he surprised me by suddenly asking me if I believed in God.

I had been a cradle Catholic, but at that point in time I had become indifferent about religion, and said as much.  But I was further surprised when this stranger offered some unsolicited advice: that if I really wanted to know God, I should become— an atheist— for at least a couple years.  And it was advice I actually adopted a few years later, but first things first; I immediately started customizing that ’55 Chevy.

A couple friends helped me pull out the stove-bolt six and drop in a funky forty dollar used and rebuilt 265″ V8 with a four barrel, a no-name high-lift cam and solid lifters;  a Hurst floor shift;  a 456 rear end;  a pair of Casler racing slicks;  and a shiny new $150 Marina Blue paint job.
I ran the livin’ shit outa that little Chevy.  And barely more than a year later I sold it to a buddy and put the money down on a brand new 1966 396 Super Sport Chevelle. . .  but that’s another story.

ATHEISM
My days as an atheist started in Đà Nẵng Harbor on my 21st birthday.  I was in what the Navy considered a war zone, and was clearly feeling reckless. It was as good a time as any to stop believing in a benevolent infinite being watching my every move from outer space.

Now after a few decades of experience, I can tell you this:  nothing can be absolutely proved.  Science and religion are both predicated on assumptions.  Science is founded on the inherent assumption that reason is valid, that the universe can be comprehended.  Religion (the truth of personal spiritual experience) is founded on the inherent assumption that faith is valid;  that God can be known, and attained.  But true science has no real quarrel with true religion;  science deals with facts; religion is concerned only with values.  Science appeals to the understanding of the mind; religion appeals to the loyalty and devotion of the body, mind, and spirit;  in other words, the whole personality. 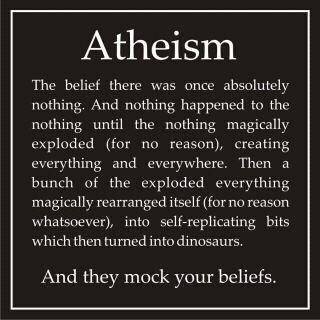 And they mock your beliefs in the First Source and Center of all things and beings.

That mocking usually includes our attempts at knowledge of the material universe;  you know, science.  Because all true science is actually a revelation of how the Creator of the universe actually carries out his plans and purposes. Real reflection on the astonishing things science discovers both affirms the reality of God and enriches our understanding of him and his universe.

But the universe is not like the laws, mechanisms, and uniformities which the scientist discovers, and which he comes to regard as science, but like the curious, thinking, choosing, creative, combining, and discriminating scientist— who observes universe phenomena, and classifies the mathematical facts inherent in the mechanistic phases of the material side of creation— and tries to remember he hardly knows anything— for sure.

RELIGION
Static ethics and traditional morality are just slightly superanimal. Only forward-looking and progressive attitudes are personally real.  But indulge me:  think about it philosophically for a moment.  Often those who say they know God will often tell you they recognize him as the first source and center of all things and beings.  So, it’s completely logical for them to “see” God everywhere, and responsible for all that is.

God reveals himself to us, and the proof that revelation is revelation is this same fact of human experience: the fact that revelation synthesizes the divergent sciences of nature and the theology of religion into a consistent and logical universe philosophy— an unbroken explanation of both science and religion, that creates a harmony of mind and satisfaction of spirit which answers those questions of the mind which crave to know how the Infinite works out his will in matter, with minds, and on spirit.

Traditional morality— or any morality which separates some of God’s children from others— is just slightly super-animal.  “Fatherhood” then, is the relationship out of which we reason ourselves into the recognition of brotherhood.  And if brotherhood is real, it must constitute a fact of relationship between EVERY person in existence.  No person can escape the benefits, or the penalties, that may come as a result of the relationship to all other persons.  The part profits, or suffers, in measure with the whole.  So the good effort of each man or woman benefits all men and women;  the error or evil of each one of us increases the tribulation of us all.

But any relatively moral being can learn how to live in accordance with the golden rule.  And any so-called religionist who claims to be a moral child of God, yet does not recognize that God is the creator of ALL creatures, is ignoring the very basic and unavoidable tenet of human brotherhood:  do unto “others” as you would have them do unto you.

BRASS TACKS
The truth is, true science can have no lasting quarrel with true religion.  The scientific method is an intellectual yardstick wherewith to measure the physical universe. And that’s vital information. It seems to me Science should do for us materially, what religion does for us spiritually:  extend the horizon of life, and enlarge our personality.   But being material and wholly intellectual, it is utterly useless in the evaluation of spiritual realities and religious experiences.  Still, we can all appreciate that true science is steadily weakening those religions which are largely dependent upon fear, superstition, and emotion, and are therefore doomed to extinction.  Those based on truth, beauty, and goodness will always going to survive, and be just fine.

Although I would like to think that most scientists as persons would naturally be interested in the ethics of what they do, ethics has simply not kept pace with the growth of science.  And I would also like to think that the higher any scientist progresses in his chosen science, the more he will abandon the theories of materialistic fact in favor of cosmic truth. But then, I’m a romantic, and an artist with a head stuffed full of non-material stuff.  That non-material stuff tells me that the ideal human estate is one in which philosophy, religion, and science are welded into a meaningful unity by the conjoined action of wisdom, faith, and experience… And we would all do well to so aspire.