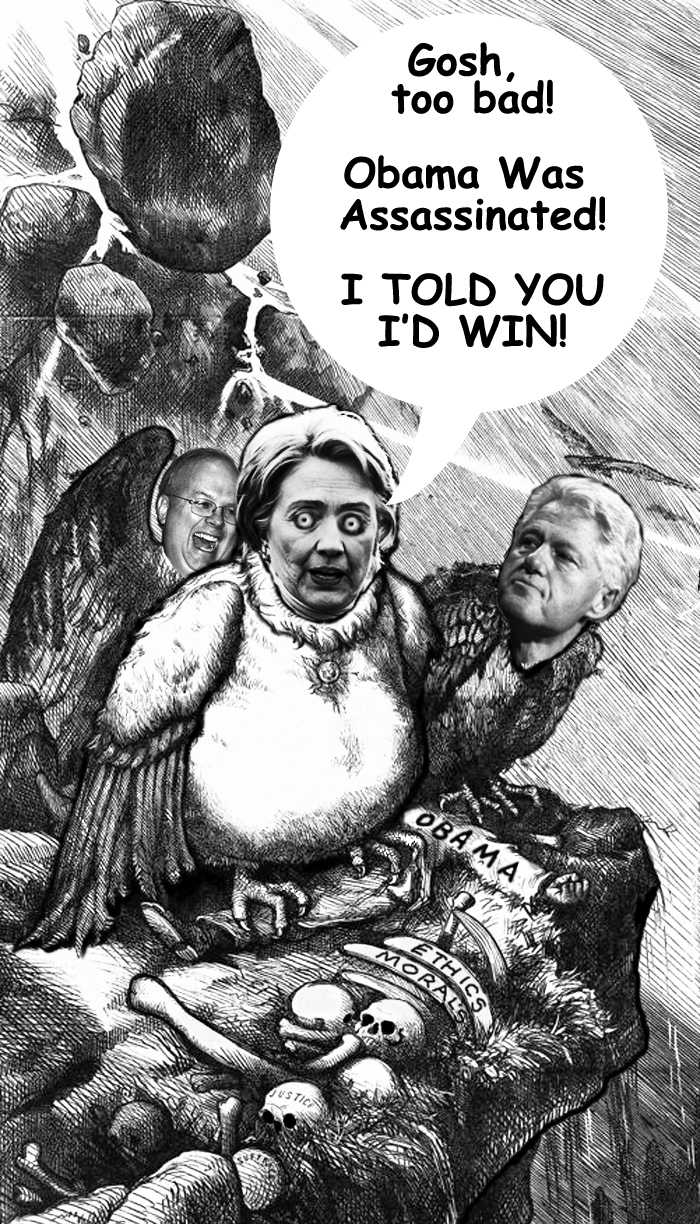 Apologies to Thomas Nast for borrowing his September 23, 1871 cartoon captioned: “A Group of Vultures Waiting for the Storm to ‘Blow Over’—‘Let Us Prey” Yes, that’s Satan’s lapdog, Carl Rove behind her, so to speak. . .

The media shit-storm over the assassination slur probably hasn’t reached full pitch yet, but who really expects it to even momentarily deter the Clint from fighting on to the Convention floor in the Wild Wild West of Denver, where a real and proper shoot-out can determine the outcome of her quest for the presidency.

And unless you have a weak gag reflex and have already stopped following the political race, by now you’ve heard the “Wow, if you were outraged by my comments, tough shit” apology from Clint. But we must thank her for that. Really.

Who could now expect Obama, after that remark, to agree that she has “earned” the offer of the VP slot? Well sure, the Billary; but who else?

This is just the latest— and most egregious— red flag alert for those who still think the Clint is worthy of the nomination. You can add it to the litany of things that have already been “forgiven” her, according to Keith Olbermann: