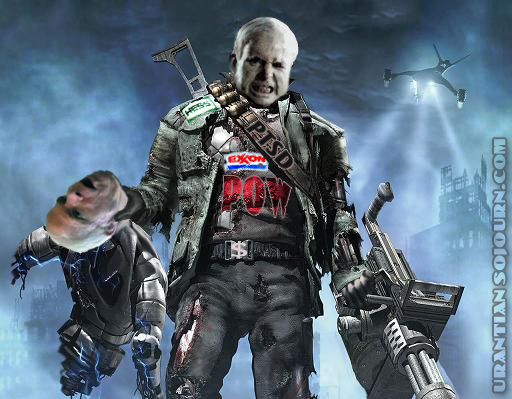 The Maverick 2000 McCain Succumbs To The New T-5 Model

“…in a panic. At this point he seems to be willing to say anything or do anything.”

A brief summary of McCain’s erratic statements was reported in yesterday’s LA Times:

“On Monday, he declared that “the fundamentals of our economy are strong.” On Tuesday, he said that the economy, while strong, was in “crisis” and that he opposed a federal bailout of insurance giant AIG. On Wednesday, after the federal government announced that it would take over AIG, he said the action was unavoidable.

On Thursday, he said he’d fire the chairman of the Securities and Exchange Commission, Christopher Cox. (A president appoints but can’t fire an SEC chief, though he can apply pressure to resign. The White House said President Bush had confidence in Cox.)

But that was just last week. In June, at a Republican member only “town hall meeting”, McCain denied he ever favored even the privatization of social security:

“But I’m not for quote privatizing Social Security, I never have been, I never will be.”

“Without privatization, I don’t see how you can possibly, over time, make sure that young Americans are able to receive Social Security benefits.” [C-Span Road to the White House, 11/18/2004]

One need only conduct the briefest of thought experiments to realize what would have happened to people’s social security accounts had they invested it with, say, Lehman Brothers. (McCain recently called the foundational premise of social security “an absolute disgrace.”)

And what would have happened to people’s medical coverage had they adopted McCain’s plan to solve the health care crisis by modeling it on the failed banking system. As dday over at Digby points out:

Nobody’s buying this reinvented John McCain singing the glories of government regulation of the financial markets and vowing to get the bad guys off Wall Street, are they? If they are, could you have them peek at this, from an article McCain wrote THIS MONTH for a trade publication?

“Opening up the health insurance market to more vigorous nationwide competition, as we have done over the last decade in banking, would provide more choices of innovative products less burdened by the worst excesses of state-based regulation.”

But beyond these obvious policy flaws are McCain’s reactions to the mounting pressures of his campaign. I’m afraid that these latest flip flops demanded by his Rovian handlers is going to make his PSTD banded head explode. (For a list of his previous 76 flip flops, see here.)

McCain’s legendary anger was on stark display Friday when he demanded Chris Cox be fired as head of the SEC, notwithstanding the fact he blamed Barak Obama for the whole Wall Street mess (concluding with, what else– a call for bi-partisanship). George Will commented today on ABC’s This Week that McCain has replaced coherence with vehemence.

And what’s happened to Mr. Press Availability? He has suddenly morphed into Mr. Bunker Mentality, tethered to a teleprompter. When’s the last time he’s even taken questions from the press?

Chris Kelly wrote a blog Thursday at HuffPo titled: “The Delicate Subject of John McCain’s Marbles” which begins with these quotes from the man himself followed by his own observations:

John McCain will not only take on special interests and Washington insiders, he’ll fundamentally alter human nature. And without raising taxes, either. He’ll lead us to a sort of martial nirvana where all other emotions are replaced with patriotism, and turn the United States into a shining, selfless, bipartisan cross between heaven and Sparta.

Or maybe he’s just a desperate shell of a man, babbling glorp.”

Or maybe we’re witnessing a Terminator sequel in which a Cyborg McCain is sent from the future to kill the Maverick 2000 Model so that the religious fundies can get their Palin the White House to destroy Skynet precipitate Armageddon.

We report, you decide.