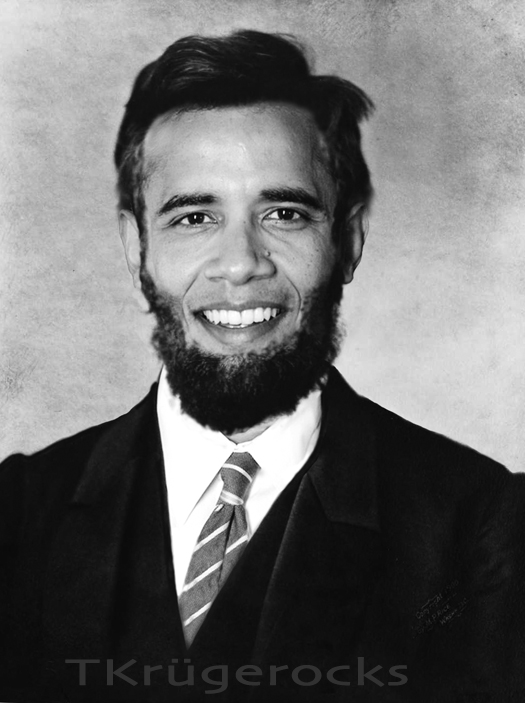 Traitorous Muslim Metrosexual— That’s how the right-wing meme machine is trying to define Barack Hussein Obama these days, a task made more urgent in the wake of his widely hailed visit overseas.  An expedition that John Sidney McCain had taunted him to take. (Careful what you ask for, John.)

Frank Rich put his finger on what was probably the most salient image of the trip in his NY Times column yesterday:

“We have one president at a time,” Mr. Obama is careful to say.  True, but the sitting president, a lame duck despised by voters and shunned by his own party’s candidates, now has all the gravitas of Mr. Cellophane in “Chicago.”  The opening for a successor arrived prematurely, and the vacuum had been waiting to be filled. What was most striking about the Obama speech in Berlin was not anything he said so much as the alternative reality it fostered: many American children have never before seen huge crowds turn out abroad to wave American flags instead of burn them.

In a remarkable display of ADTD (Attention Deficit Tantrum Disorder), McCain/McSame went so far last week as to charge Obama with political treason:

“It seems to me that Sen. Obama would rather lose a war in order to win a political campaign.”

It should be noted that McSame unleashed this latest display of vitriol in New Hampshire, where he had been greeted by a grand total of ONE reporter, while Obama was overseas followed by some 200, including all three network news anchors. Reports the New Hampshire Union Leader:

The senator’s low-key arrival in Manchester stood in stark contrast to his Democratic rival’s ongoing visit to the Middle East. Sen. Barack Obama, of Illinois, was swarmed by media as he arrived in Baghdad yesterday for a meeting with Prime Minister Nuri al-Maliki and other Iraqi leaders. . . In Manchester last night, there was just one reporter and one photographer waiting for McCain as his plane — a white, blue and gold Boeing 737-400 emblazoned with his campaign slogan, “Reform, Prosperity, Peace” —touched down on the Wiggins Airways tarmac.

A wee bit, jealous, Johnnie Boy? What’s next– accusing Obama of being responsible for the dramatic rise in gas prices? Surely, our corporatist media approved maverick would never go that far.

I love the smell of desperation in the morning. . .