Like so many others who are brainwashed into believing that every politician can be stuffed into the left-right-centrist meme of MSM convenience—no need to think, just do what you’re told and say he’s a “progressive leftist!”— it’s no surprise such reasoning reveals a steady diet of MSM garbage in-garbage out. But it also reveals that its victims haven’t grokked that Obama‘s commitment to highest values is truth-driven— not ideologically-driven— and that makes it ostensibly impossible to ever pigeon-hole him into some obtusely-defined ray of the spectrum of MSM political shorthand.

Those who are only interested in nurturing their comfy little ideological clusterphuque of values are also the ones crying the loudest now, some even abandoning a candidate in whom they haven’t invested enough thought to realize that true national unity— remember that?— demands he appeal to all Americans, not just some amorphous democratic base;  and that Obama’s pursuit of highest truth drives his decision-making— not some “brand” of narrow ideology defined by the meme of the old politics.

The real problem stems from the fact that secularists of whatever political sub-group have no personal religious insight to identify the genuineness of Obama’s insight into issues derived from his own personal religious values, and must therefore put their brains to work to discover the real moral value of his decisions. And we all know that’s asking too much a lot of an uneducated electorate that cares more about entertainment tonight than the destiny of America. 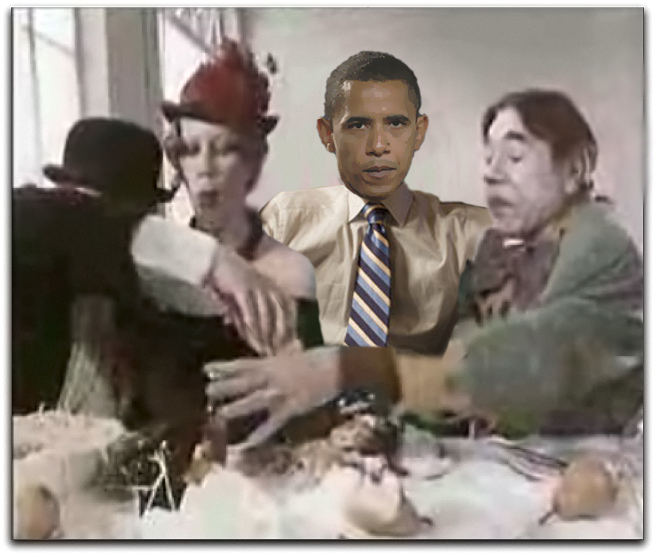