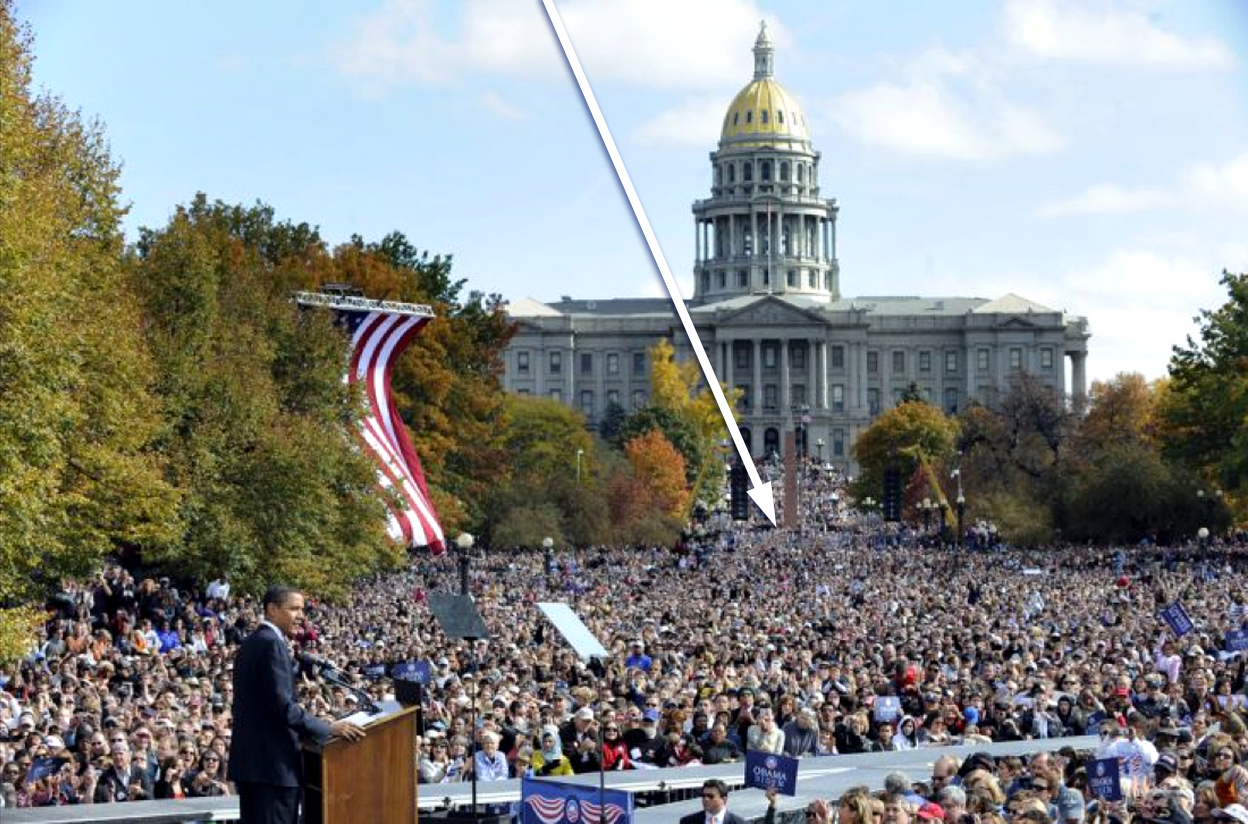 Yeah, people behind me were pretty cool about my arrow. (click it.)

DENVER — There was no time for blogging today! as Dr. Zaius says, because the main man was in Denver, and a few of us got together to wish him well, Tuesday after next.  Like so many in that crowd,  I never layed eyes on Barack. The distance between where he’s standing in the foreground and where the tip of that arrow touches my soft spot is over two hundred yards. Over 100,000 air-breathers in close proximity to each other can be very exhilirating, especially when you’re listening to the next president of the United States; a man and a country facing perhaps the greatest set of challenges we’ve ever known.

Still, you come away from an event like this with a reknewed sense of hope, and purpose. You know— what McCain supporters call “communism.”  That hope will be very important in the coming months, as we finally get an honest appraisal of our floundering ship of state from a President-elect Obama.

It isn’t going to be pretty, either.  He’s already starting to prepare the nation for bad news, by pointing out that all the change we need isn’t going to happen with a snap of his fingers.  But there’s time to gird ourselves for that struggle.  Right now, we have to take seriously the responsibility to get out the vote. If you’re not volunteering a little of your time with a campaign yet, consider that your citizenship dues are in arrears.  Get out there and pitch in this final week at a campaign headquarters near you.  You feel better about yourself and your country.

And vote early.  Make sure your neighbors do, too.

And keep your prayers on the front burner.