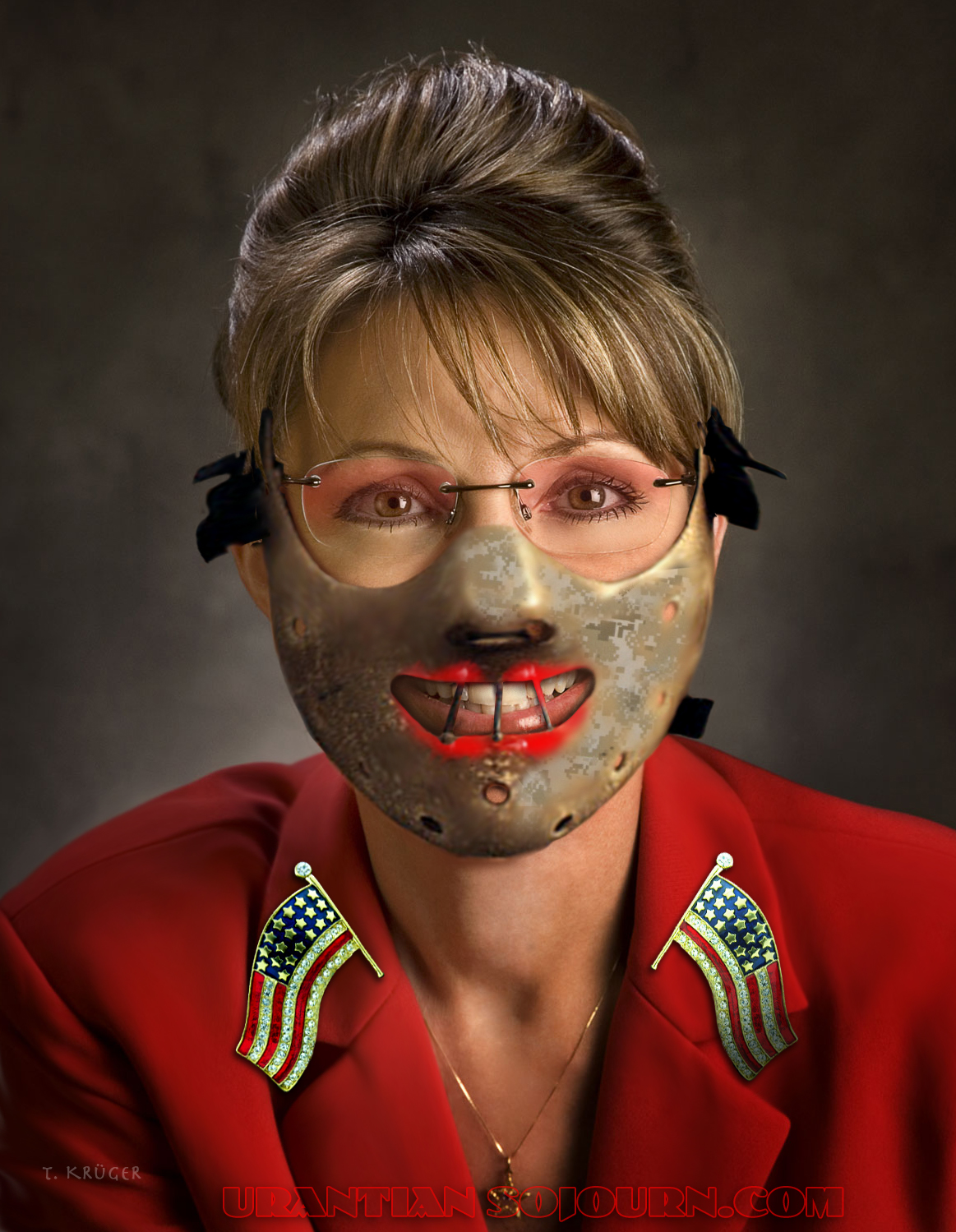 It’s a dog-eat-dog world these days it seems, and when a presidential candidate throws down with, “You can actually see Russia, from land, here,” you should know you’re dealing with a Hockey-momming pitbull in lipstick.

What are some other supreme court decisions you disagree with?

“Hmm; Well;  Let’s see; there’s huhhhhh, in the great history of America there have been rulings that um, there’s never gonna be, absolute consensus by every American, and uh, there er those issues again, like Roe V. Wade where I believe are best held on a state level and addressed there, so, ah, ya know, goin’ through the history of,  America there there would be others, but um. . .

Can you think of any?

“Oh, I would think of any again, that could be best dealt with on a more local level, maybe I would take issue with, hhha ya know as a mayor and then as a governer, and, even as a vice president, if I’m so privileged, to serve, in a position of changing those things, but in supporting the law of the land, as it as it [sic] reads taday.”

No, this isn’t from the VEEP debate tonight, it’s from yesterday’s continuing unraveling of the Couric interview, which may turn out to have been a jarring prelude to the most publicly embarrassing performance Bulldog Joe Sarah Palin will ever produce. It’s safe to say that Sarah Palin does not carry around court case decisions in her head like a six pack of Budweiser on her hip;  only statesmen trained in the traditions of the nation’s progress through the evolution of law learn to do silly things like that. But in her defense, Sarah points out that someone like her who represents “Joe Six-pack” has caught the Librul Elite off guard . . . she thinks “they’re prrrity ticked off,” too.

Sadly, no. (H/T sadlyno.com)  They’re incredulous. Flabbergasted.  Shocked that Sarah Palin is everything we’ve come to expect from the Wasilla school system. The good news is six-in-ten Americans simply cannot believe their ears. The bad news, what on earth do the other four-in-ten Americans use their ears for?

Don’t worry about him.