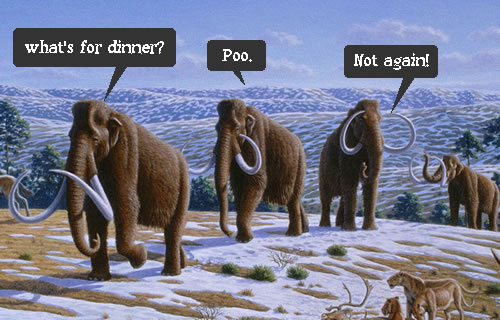 The Grand Oil Party slogging through the political wilderness

More interesting is what a post-election loss will mean to the Republican party as a whole as the unholy alliance between its corporatist and fundamental evangelical wings rips itself asunder. At stake is control of the party. Will it be Palin v. Romney? Huckabee v. Ridge? (In order to make it a fair a balanced civil war, Fux News will have to give Palin her own yack show alongside Huck’s.)

Today’s LA Times leads with a story titled “Social conservatives fight for control of Republican Party” , which points out the fundies have quietly taken over the machinery of the GOP.

In skirmishes around the country in recent months, evangelicals and others who believe Republicans have been too timid in fighting abortion, gay marriage and illegal immigration have won election to the party’s national committee, in preparation for a fight over the direction and leadership of the party

Meaning that even if McCain wins, God forfend, the battle for the soul of the GOP is already joined. Reports of Palin going rogue are the first visible sign. Recall her Freudian slip at a rally last month where she referred to “a Palin and McCain administration.”

Could be the basis for a hit scripted reality show: Survivor meets The Handmaid’s Tale’s , a ripped from the headlines, theocratic melodrama timed to usher in the end of days.

All of which should provide some badly needed (though temporary) comic relief as the Obama Administration struggles with the legacy of ruin left to it by the Bushies. That would include the worst economic crisis since the Great Depression,  a health care system on the brink of collapse, military occupations in two Muslim countries with the promise of more military operations to come (witness recent incursions into Syria and Pakistan, not to mention covert ops inside Iran),  and an overcrowded planet facing severe resource depletion and environmental degradation set against a background of runaway global warming.

Can I get me a witness?