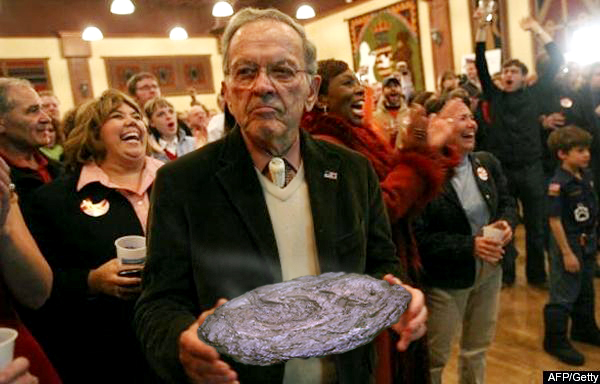 Freshly Ex-senator of Alaska, Ted Stevens, looking more upbeat than usual, having just been handed a steaming hot moose pie by Alaskan citizens who would like to see that he gets everything he deserves, whether he knows it or not.

The longest-serving Republican in the history of the Senate may get to serve even more time, but not as an Alaskan senator.  Anchorage Mayor Mark Begich has been declared the winner by some 3,724 votes after Tuesday’s count, with only about 2,500 overseas ballots still left to be counted.

Ted faces other obstacles these days, and when asked if was going to miss all the wonderful years in Washington, he was uncharacteristically nostalgic: