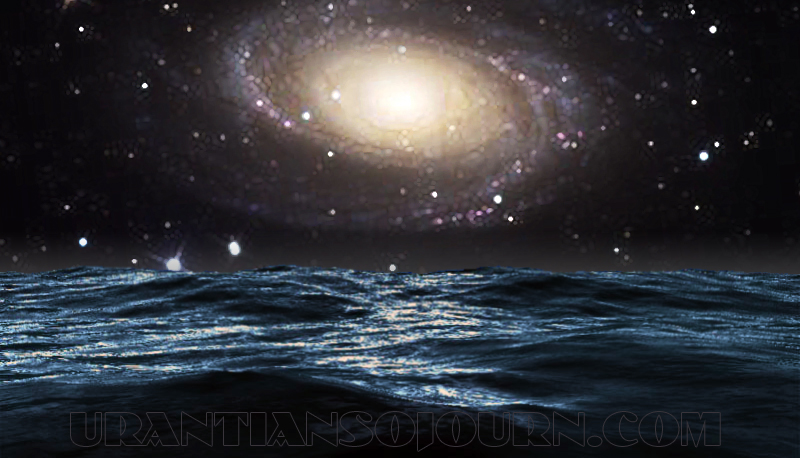 My journey started over at Distributor Cap‘s place.  Just an innocent morning meander of our blog roll, since Blog Roll Amnesty Day is bearing down on the inter-toobers.  Getting to know the blogo-neighbors is really part and parcel of being a blogger in the first place;  it’s cyberspace exploration at it’s most exhilarating.

Like Blue Gal, DC has one of those amazing blog rolls that you can spend weeks exploring, tumbling down the rabbit hole of the blogosphere and coming up God knows where.  So I tumbled the cyberdice.

First stop was a peek at Darkblack‘s foot-crushing of Dubya “Duck” Bush.

Exit click from DC’s to RUFKM, which is currently conflating building a new WP theme with the hazards of actual neighborhood living.

What are your neighbors up to? I’on’t even wanna know.
(RUFKM’s neighbor, Chester)

Another click on DC’s roll took me to What I like About The Universe, a farmed-out blog of a rock and roll astronaut who digs redheads and fancies himself an evil genius.  Lots of interesting stuff to ogle here, but children and macaques who smoke cigarettes and wear eye patches have always been irresistible to me;  I launched myself head first into lots better than your blog, written by Falwless, [pronounced just like it sounds, I bet] who readily admits to using the most egregious superlatives to describe really quite mediocre shit.  She also has a bag-o-jewels blog roll that led me to Orgasmic Waste, which provided me with a snippet of cyber-foreshadowing via a quote from Phillip K. Dick:

Reality is that which,
when you stop believing in it,
does not go away.

So I went away. . . Call Me Hussy called to me, and the next thing I knew I was back on May 30th, last year, Hussy’s last post, and yes, the only blog she digs is,  Orgasmic Waste.  Who is this orgasmic waste guy?

Bob Dobalina is not sleeping well in So Cal it seems, which may explain his penchant for filling out lists online and love of Croatian food;  I don’t know.  But he feels that everyone should read the books of Richard K. Morgan [there’s that Phillip Dick middle initial “K” forshadowing I warned you about], a writer I’ve never heard of.  Off we go.

Richard K. Morgan has a Wikipedia page that lists his debut work, Altered Carbon, as a cross between cyberpunk and hardboiled detective fiction, the film rights to which have been sold for… a million bucks? Really?

Time for a trip up the Amazon.

Richard Morgan’s debut novel is a perfect example of the new breed of UK sci-fi and fantasy writers that are revolutionizing the genre. From Alastair Reynolds gothic space operas to China Mieville’s baroque genius, this group is the best thing that happened to discriminating readers in ages, genre aficionados or not. Morgan’s book is a solid slice of cyberpunk noir set in a brutal future san francisco that seems haunted by william gibson, raymond chandler and the warchoski brothers. His writing is sharp, full of energy. His plotting is solid and his characters snap with wit and invention. Violent and no-nonsense, this novel is a joy to read, a high-octane injection of fun, intelligence and sheer storytelling. Save yourself from the lame, formulaic and tired drivel that jams the shelves and plunge into virtual scifi-heaven, or hell…

This book contains multiple chapters depicting nothing but graphically detailed sex. Then once you get past that, you get to read about the main character, former ex-UN envoy Kovacs [sic]blowing numerous heads off shoulders, sometimes just for kicks. Maybe I’m not ready to admit to being so desensitized by our pop culture, or maybe I just missed the irony of this genre called cyberpunk.

In any case, the plot was somewhat difficult to follow, so plan on reading this one carefully if you actually care about the story (although I gather that true fans of this genus really only care about the sex and blood). Also, the whole concept of real death is quite timely in our day and age as we get closer and closer to the actual ability to clone humans. Altered Carbon’s particular “brand” of cloning is basically done by writing a person’s conscience to a computer chip and implanting it in the brain stem. When the body dies the conscience [sic] is simply transplanted to a new body (or sleeve). A person is not truly dead (real death) until the chip is destroyed.

Overall, a good concept was somewhat ruined for me by the gratuitous sex and violence. I guess Morgan figured he could make a few extra sales to teenage boys if he threw in these sections.

I read this book because my book club had selected it. What I found is a disturbingly dark story set in a nightmarish vision of the future. Yes, it has an interesting idea in the form of a human’s “essence” being placed in multiple bodies (sleeves), so that death can be thwarted. And it’s certainly fast-paced, something akin to a roller-coaster ride through various episodes. The notion of power & wealth as corrupting influences is broached. But none of these ideas is explored in a substantive fashion. And the characters are cartoon-character “types.”

The paramount feature of this book is its descent into unremitting violence. There is so much killing that it’s impossible to keep track of the body count….or to care. But it’s the unending description of bodily mutiliation [sic] during countless torture sessions that is so wearying. Eyeballs plucked out of their sockets by pliers. A restrained female’s feet being burned by blow-torch. A sodomized wolf emerging from a whorehouse chamber of beastiality [sic] so brutally crippled that it must be euthanized. [sic] Is this over the top, or what?

I began to feel sorry for an author that must live inside a mind that produces such visions. It’s bad enough merely to visit these thoughts. Bottom line: reading this book is like wallowing in a sewer. The images are scary enough; but what’s really frightening is knowing that this book has found an appreciative audience!!

At this juncture in my cyber ocean journey I hauled my water-logged butt out of the rabbit hole for a perfect one point landing in my work chair. It would seem that, no matter how we personally perceive the world and question the reality of our the universe, as Phil Dick would say, we can still wonder out loud if all of us— all of this— is real.

The idea of  a personal “real death” occurring when a piece of plastic chip containing digital information is destroyed would be merely sad if it weren’t for the shallow grave of thought wherein it waits, starved for just a taste of spiritual awareness. Consciousness is not a material reality.  If thoughts were physically real, (to say nothing of their relative quality) then no one’s head would weight the same.

Good science fiction— or what passes for it these days— should always push the borders of the imagination, not for “high octane fun and wit,”  but for insight into the reality of the true, the beautiful, and the good.  The rest of it amounts to meaningless protoplasmic memory material that rots when the body rots.

But the problem is this.  Even if you deem it real enough to be worth your time and energy, your perception of it is likely to vary just as much as the three reviewers of the make-believe reality described in Altered Carbon.  Feh.

Finding what’s real in the “real world” is a never ending search.  Whatever it is you seek in surfing on the cyber ocean, science fiction novels, words down a rabbit hole,  remember.  When the clock winds down to nothing, even the combat replicant of Bladerunner, Roy Batty, recognizes that death is “real.”  Whatever real is for him, for you, for me.

There is a real proof of spiritual reality in the presence of the Thought Adjuster, but the validity of this presence is not demonstrable to the external world, only to the one who thus experiences the indwelling of God.  The consciousness of the Adjuster is based on the intellectual reception of truth, the supermind perception of goodness, and the personality motivation to love.

Science discovers the material world, religion evaluates it, and philosophy endeavors to interpret its meanings while coordinating the scientific material viewpoint with the religious spiritual concept.  But history is a realm in which science and religion may never fully agree.
—The Urantia Book