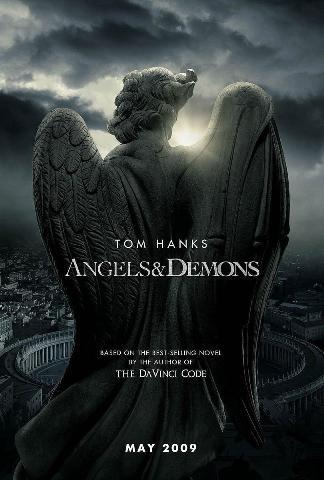 ROME — The Vatican could be gearing up for an official call for a boycott of “Angels & Demons,” Ron Howard’s big-budget follow-up to “The Da Vinci Code.”

And malevolent flying monkeys could be streaming towards urth as I write this.

Avvenire, the Vatican’s official newspaper, ran a story in Friday’s edition noting that the Church “cannot approve” of such a problematic film.

Ahem.  Yes, they cannot approve of any movie that draws attention to religious themes and away from a world spiraling into global chaos from the flames of greed.

The Turin daily La Stampa, meanwhile, said the Vatican would soon call for a boycott of the film, though the same article also quoted Archbishop Velasio De Paolis, who warned against a “boomerang effect” that could call attention to the film and eventually make it more popular.

Yep, more popular than a Church that presumes to tell educated mature adults what movies they can’t see.  Does any of this ring a bell?
The Last Temptation of Christ box office?  Or any of the other films that got the official seal of un-approval?

The Vatican press office declined comment on the reports when contacted.

Well, in fairness, they were under attack by evil flying monkeys.

Producers requested permission from Church officials to film parts of “Angels & Demons” in the Vatican, but were denied.

That would be aiding Satan’s nefariousness-ness.

Scores of Church officials called for a boycott of “The Da Vinci Code” when it was released in 2006, but the calls had little effect on the popularity of the thriller, which is based on the best-selling novel by Dan Brown. The film earned an estimated $760 million in worldwide boxoffice receipts.

Screw the money, perhaps dozens of people probably maybe sorta enlisted on the side of Satan to inflict his nefariousness-ness on the unsuspecting sheep of the flock.

“Angels & Demons” features many of the same characters as “The Da Vinci Code,” but the story itself takes place before the events portrayed in the earlier film. The film is set to open worldwide May 15.