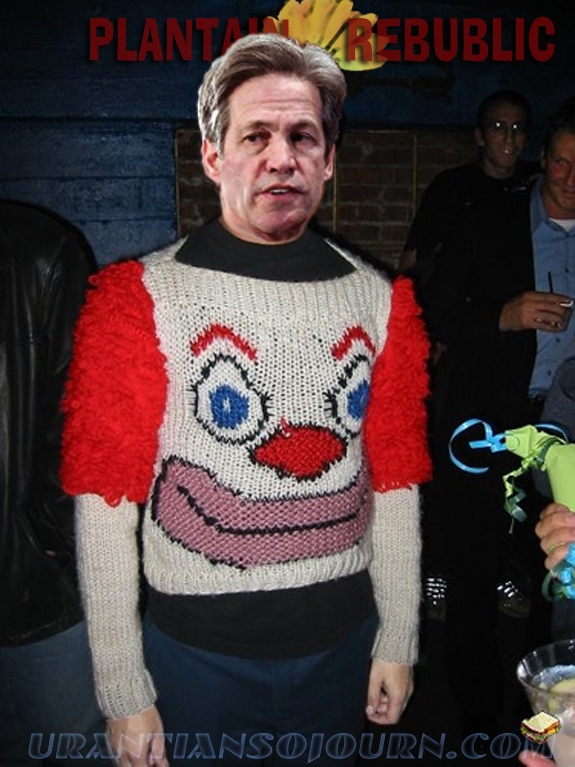 Norm Coleman models one of The Plaintain Republic’s new sweaters.
Their motto?  “Stay sweaty, my friends.”

MINNESOTA — Life after politics?  You betcha.  If he’s proved anything in the months since last November’s election, we don’t know what it is.  But Norm Coleman isn’t one to sit on the sidelines of life. Way back in October of 2008, Coleman refused to officially deny that he had his clothing paid for by prominent businessman and GOP donor, Nasser Kazeminy. And just last month, through the auspices of secret donors, Norm’s new start up career as CEO of Teh Plantain Republic, which creates shiny new threads for Republicans, launched itself onto the high seas of clown clothing.

But the clown clothes industry has fallen on hard times.  Apparently many clowns are sick and tired of looking like clowns, and are in the mood for newer, smarter apparel alternatives;  habiliments that make us look smart, not stupid;   sophisticated, not smarmy;  kinda like we actually know what we’re doing, and have some kind of a idea why we dress ourselves in the first place.

To make matters worse, Teh Banana Republic, the Grand Old Pater of good taste in clothes, is suing the sweaters off Norm Coleman and Teh Plantain Republic, for trademark dilution resulting in irreparable harm, or some such nonsense. 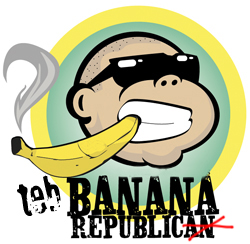 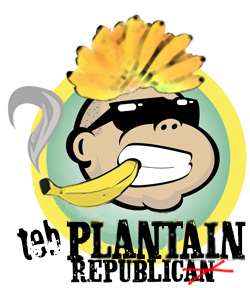 True to form, before it ever opened a store— Norm has already destroyed Teh Plantain Republic— by insisting, in court, there’s absolutely no resemblance between his logo, and theirs.  Imitation may still be the sincerest form of flattery, but in the dog-eat-dog world of political fashion, pretending to be something you’re not, will eventually get you dead.

Hey— is that a plantain in your pocket, or are you just not happy to see me?